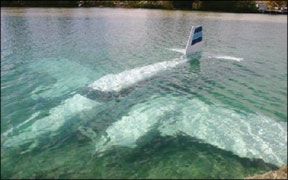 Test your knowledge of aviation insurance practices. Which of the following statements is true? If you take off 250 pounds over gross, youre in violation of the FARs and your insurer wont pay any claim resulting from an accident related to the overgross condition.

On a long cross country, you blithely forget a weather briefing and fly straight into

The answers? Probably false, even though the fine print in your insurance contract clearly allows the insurer to deny a claim, in many circumstances-perhaps the majority-they pay the claim anyway. Why? Several reasons. One is that laws governing contracts like insurance policies from state to state and some regulators take a more customer friendly stance than do others. Second, the aviation insurance business is a small (and shrinking) segment. A company with a habit of denying claims will soon find its business going elsewhere.

None of this is to say that insurers never deny claims. They absolutely do, but its a rarer event than most owners seem to think. There are two things that seem to catch insurers notice and may lead to denial of claim: unqualified pilots flying the aircraft and unapproved uses.

In the eyes of the FAA, flying into an ice storm in an airplane not equipped for it is an unapproved use, but thats not what insurers have in mind. Unapp roved uses usually relate to commercial or for-hire operations that traditionally require a higher duty of care by the operator and, not surprisingly, higher insurance premiums. If you signed up for private use of the aircraft and suddenly decide you can get away with holding out to fly passengers, youre on thin ice with the insurance company.

Insurers can be picky when an owner uses the airplane for-hire, although in some cases policies do allow reimbursement of expenses.

They take a similarly dim view of unqualified pilots flying airplanes they insure. So-called open pilot policies allow you to lend the airplane to anyone who meets the open pilot qualifications, say 500 total hours, 50 hours in retractables and 10 hours in type. If you loan your airplane to your friend who has 1000 hours but no retract time and he does the million-dollar slide on landing, your insurer will have a problem with that.

On the hand, if you do the same gear-up landing and notice that, ooops, you forgot your medical is six months out of date and you had been meaning to get that annual done, the insurer will probably pay. Heres why.

Thanks to insurance regulations, the reality is that insurance really does protect the stupid, the forgetful and the incompetent. In many states, the accident must be causally related to breach of the insurance contract in order for the company to deny the claim. What that means is that if the subsequent investigation reveals that your gear-up was in no way related to either the airplanes lack of a current annual or your expired medical, the insurance company will have a hard time denying for breach of contract.

In other words, if the gear-up happened because of your forgetfulness or stupidity, youre covered. If it happened because a bell-crank link came apart-something that would have been discovered and fixed in an annual inspection-your case isnt quite so strong.

Still, the insurance company may still just write the check because its easier, cheaper and better for business in the long run. Attorneys who work in the field consistently tell us insurers arent spring-loaded to litigate cases because of the time and cost of doing so. “The companies generally only litigate the really egregious cases,” one attorney told us.

Whats egregious? Outright fraud on the claim or the application. One case involved an Aerostar pilot who got into a serious accident following an instrument approach gone bad.

While the pilot did have an instrument rating, he hadnt bothered to upgrade it to multi status when he moved into the twin. Even at that, the insurance company might have rolled over and paid the claim-again, it relates to the causal relationship. But on the little checkbox on the medical asking about convictions, the pilot checked no when in fact he had served five years in the slammer for armed robbery. The insurer saw that as sufficient breach of contract and denied the claim.

Owners sometimes skate to the edge of their coverage by overlooking minor items, such as paperwork. A common one is an airworthiness certificate rendered invalid by failure to comply with ADs or required inspections.

Lets say, for example, that you have a set of ECI Titan cylinders that are subject to a mandatory AD requiring a 50-hour compression check that you forgot to do. One of them actually lets go and you have an off-airport landing that damages the airplane and trashes the engine.

Technically, the insurance company can deny your claim because your airplane was legally unairworthy due to the missed AD. Or, a finer point, say your oil analysis has been trending up in iron, perhaps indicating impending cam failure. You ignored this and suffer a similar engine failure.

Is the insurance company compelled to pay? Policies dont cover normal wear and tear items-the self-destructing cam would be wear and tear-so when the repair invoice comes due, the insurer may say yes to all of the airframe damage, but no to anything to do with the engine.

Read your policy and youll find all sorts of clauses that allow the insurance company not to pay. Certainly, the companys lawyers will find these sufficient to deny your claim, right? Not really. Or at least not always.

Although no one would confuse the insurance industry with unbridled largesse, it does exist to make money and the only way to do that is to have customers. Nothing drives customers away faster than high premiums and a reputation for difficult claims performance. Whether in cars or airplanes, policy holders want to file the claim and have the company send the check. Case closed.

Claims officers have consistently told us they authorize payment of claims in circumstances where they could probably contest the claim. Flatly denying a claim because the pilot set fire to his own airplane or claimed not to be a convicted felon is one thing, refusing to pay for some fly-speck oversight in a policy is another. Claims officers tell us companies worry about the bad reputation getting around in the tight, insular world of general aviation.

Second, the cost of litigating of denied claim will, in many cases, be far greater than paying the claim in the first place. Lets say a pilot with an expired medical runs off the end of a snowy runway he should never have attempted in the first place. He totals his $90,000 Bonanza. Insurers know that litigating a small claim will chew up double its value, so it just makes better business sense to pay it.

However, if deaths and injuries are involved, the insurer is much more likely to examine the terms of the contract. A $90,000 payout is a rounding error; a $3 million liability case gets noticed.

None of this is to suggest that owners should blithely ignore regulations, required inspections and the need for a current medical. These requirements are in place for a reason and we think it would be irresponsible to ignore them because the insurance company is likely to pay anyway. (In any case, markets change and just because companies have bent in favor of policy holders in the past, doesnt mean theyll continue to in the future.)

To put the most distance between yourself and a claims denial, we recommend keeping the airplanes paperwork fully up to date, which means all required inspections, ADs, supplements, AFMs and so forth.

Follow the letter of the policy on open or named pilot requirements. If theres an accident, your insurance company may ask to see logbooks.

Avoid formal cost reimbursements that look like rental or fly-for-hire arrangements or sound your company out about your particular arrangement. If insurance companies have a hot button, this would be it.

Last, dont lie on the application. Sooner or later, insurance companies find out about this and in some states, insurance fraud is considered a felony.