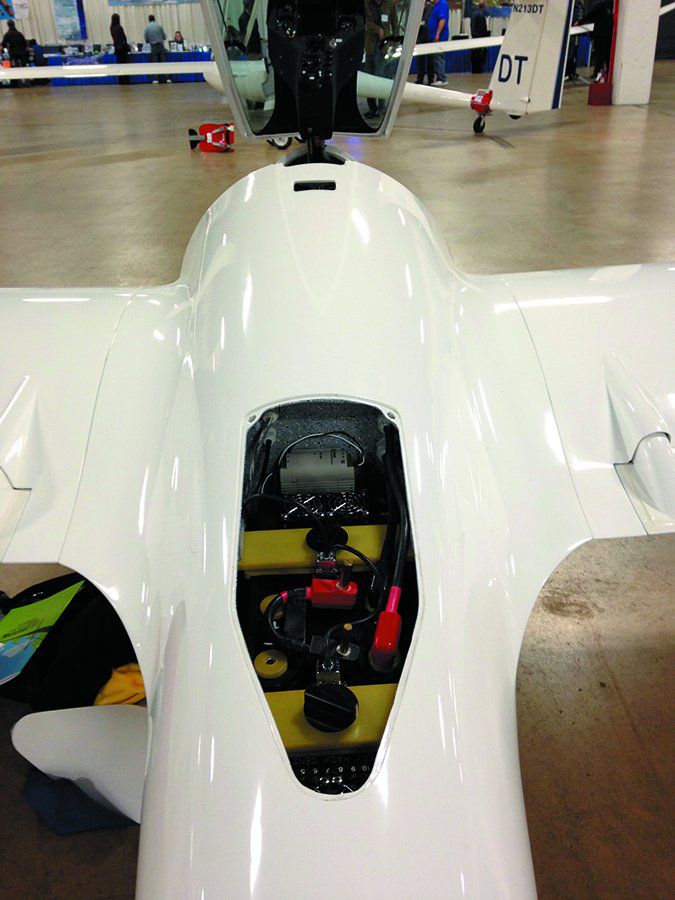 I wouldn’t exactly say this overheard tongue-in-cheek comment was the common thread from this year’s Soaring Society of America’s (SSA) national convention in South Carolina this past February, but it’s proof that hardcore sailplane enthusiasts are barely lukewarm to the idea of electrically powered gliders. Talking with showgoers, I drew parallels with the skepticism of evolving electric technology in the powered aircraft market. Still, aside from Stemme’s Rotax-powered touring motorglider and a healthy variety of two-stroke powered models displayed on the convention floor, electric sailplanes were, naturally, head-turners. But in learning more about the technology, there were plenty of head-shakes.

The company’s Silent 2 Electro glider is a self-launching competition model—part of the reason for controversy and skepticism. More on that in a minute. If you aren’t familiar with glider ops, it simply means you don’t need a tow plane to launch it. Instead, a composite and aerodynamically clean (folding) nose-mounted propeller driven by an LZ Design brushless electric DC motor can launch the sailplane to a maximum altitude of 5000 feet, although most pilots will climb to a lesser altitude to reserve power, unaffected by density altitude, of course.

The 220-kW motor (it and the propeller spin at 4500 RPM) is powered by two lithium batteries with a combined capacity of 4.3 kWh, weighing roughly 37 pounds. Remove the batteries when you’re finished flying and take them home for a five-hour recharge, though top-off time will vary with the state of depletion and the available output voltage. The batteries are positioned as close to the ship’s center of gravity as possible. The photo above shows location and access. The other photo is the system’s master controller. Think of it as an electronic power control/throttle, with a simple rotary knob that drives a variable potentiometer. This allows the operator to increase or decrease power and RPM, while monitoring available endurance and battery voltage/current. The glider uses an 8-Ah engine battery, which is charged via a flywheel generator to power cockpit electronics (sparingly), including soaring computers and a comm radio.

A company rep told me the Silent sailplane was initially developed for gliderports in Europe that have noise restrictions and are only allowed to winch and launch. But that’s not the driving reason many sailplane buyers will consider electric technology, which also includes sailplanes with front electric sustainer systems. Like the FES (front electric self-launcher) in the Silent 2 sailplane, the idea of an electric sustaining system is to bring another level of safety and convenience to soaring missions during times of weak thermal activity. Simple: Run out of lift, start the motor and climb. But it’s not a solve-all.

My friend and winning sailplane competitor Al Simmons echoed thoughts of other experienced sailplane competitors I talked with. His experience proves that it isn’t uncommon to fall short of your planned destination by 100 miles or more. Fully charged batteries in the Silent 2 will last for 15 minutes in a sustained full-power climb, and roughly one hour in cruise flight. For pilots like Simmons, that endurance isn’t convincing enough for serious soaring missions. For them, gas-powered engines—including two-stroke models—for motorgliders win, while it’s baby steps for the electrics, just like it is in other markets.