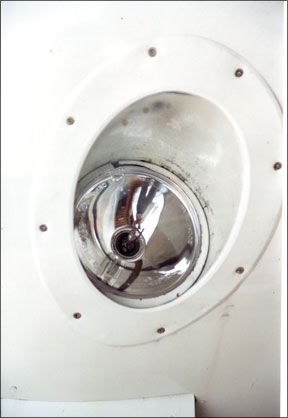 Any aircraft owner whos been in the game for awhile soon learns a harsh lesson: Airplanes arent like cars. Parts and pieces that arrive from a vendor may need remedial attention during installation and some will need more than others. But what if a vendor sells a part that wont work no matter what?

Two readers recently contacted us to complain about just such a circumstance. Both bought expensive aftermarket mods from companies that assured them the parts would fit their airplanes, only to discover that this wasnt the case.

Piper Cherokee owner Seth Warren Rose of Pennsylvania saw advertisements for the LoPresti Boom Beam, which is claimed to increase landing and taxi light intensities by 500 percent while decreasing bulb maintenance costs. Intrigued by the product, Rose looked into it further and saw that that it was STCd for his airplane.

At about $1200, the mod isnt cheap, but Rose thought the expense would be worth it for better situational awareness at night and lower maintenance hassles.

He arranged to have the installation done last October at O&N Aviation at Factoryville, Pennsylvania, which is also the home field for his Piper. But what Rose thought would be an easy job was anything but. O&N Director of Maintenance Dennis Johnson ultimately couldnt make the system fit in the Cherokee.

Despite the fact that the Boom Beam is STCd for the PA28-140, LoPresti had never installed it in that specific model. As is often the case, the STC applied to a group or approved model list of PA-28s. Johnson told

Aviation Consumer that the problem stems from the landing light being housed inside the induction filter. While Johnson said he could have installed the Boom Beam by using brackets, he was concerned that if the brackets loosened, they could be sucked into the air intake and thus into the engine. He considered this an unacceptable risk.

Johnson had several hours invested in the project, although he charged Rose only half the man hours spent on the aborted installation. Rose told us hes out $375 ($300 for labor and $75 for overnight shipping for the part) but he said that RJ Siegel at LoPresti told him that the company would “make it right.” However, as of early May, LoPresti had yet to do so. Siegel directed us to company president Curt LoPresti, who proved difficult to reach.

Mooney M20E owner John Horn ran into a similar situation, although his may have a happy ending. Horn bought a $5260 Power Flow exhaust system to eke out a few extra knots by increasing the Lycoming engines output. Midwest M20, a well-regarded Mooney shop, was tapped to do the Power Flow installation in December 2006. Horn said all seemed well until Midwest M20s Kevin Surrell tried to put the cowling back on. While STCd for all M20s, it turns out that, like LoPresti, Power Flow had never installed its system on an E model Mooney, even though its approved for this model.

“It was a no go with the M20E cowling,” Surrell told

Aviation Consumer. He spoke with Power Flow general manager Darren Tillman several times to try to find a solution to make it work, but after 15 hours invested in the project, Surrell threw in the towel and replaced the stock exhaust system.

According to Surrell, Power Flow has agreed to reimburse Midwest M20 for the 15 hours of labor to install the exhaust system, meaning Horn wont have to pay a penny for the failed installation. Additionally, Horn tells us that Power Flow has offered to install the modified exhaust system on his M20E in its Daytona Beach, Florida, shop after the restored airplane left the paint shop.

O&Ns Johnson had some advice for owners considering mods of any kind. He said that buyers should go beyond the marketing hype and call the mod manufacturer to ask, point blank, if this particular modification has ever been installed in their specific aircraft model.

If it has, Johnson suggests getting the names of the shops that did the work and contacting them for specifics. Ask for details on actual installation times, since both Surrell and Johnson agree that manufacturers tend to low ball the shop hours required for mods. We think manufacturers of some of these mods should do a better job of warning customers and shops hoping to install their products in airplane models that havent been verified. And shops need to be wary of running down an installation rat hole with the customers money.

From a mod makers perspective, Siegel explained that LoPresti “always looks for [modification] projects that have the widest application,” but that variances in production can complicate installations even though the mod might be STCd for a specific model. “LoPresti has a standard FAA Form 337 process for these cases,” he noted, “and we publish them afterward so other shops can follow the same process on these airplanes.”

In our view, thats fine as far it goes. And its understood that STCs sometimes require additional work in the field. But we believe manufacturers should know whats involved and inform the customer before the sale. And how about customer support? Under a full-court press from M20s Surrell, Power Flow stepped up. In the end, they did right by the customer.

In our view, LoPresti didnt do as well. Siegel pledged to work something out with Rose, but evidently never communicated this to Curt LoPresti. By early May, seven months after the problem was encountered, the issue still hadnt been resolved. When we finally reached Curt LoPresti, he conceded the company dropped the ball. It may be unrealistic for owners to expect full reimbursement of shop hours in circumstances such as those described here. But we think at least meeting the customer half-way is the right thing to do.