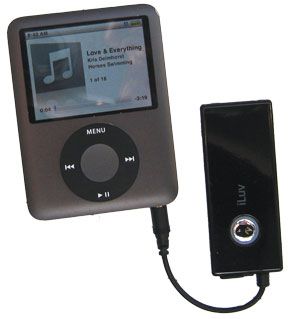 Its refreshing to review a product that makes a modest claim on what it can do and then delivers completely. Thats exactly what happened with our flight tests of the Pilot Communications USA BluLink Bluetooth headset adapter.

BluLink adds Bluetooth connectivity to any headset. You simply plug your headset into the BluLink unit and then plug that unit into the intercom. It can be ordered with cables for traditional two-plug intercoms, helicopter plugs or Lemo-powered plugs used in many Bose X headsets. If you fly more than one setup, the same BluLink controller can use any of the cables interchangeably.

The cabling for BluLink is the most cumbersome part of the whole setup as it makes your headset cords even longer. This annoyance is about our only beef with the system.

Once you find a way to stash the extra cable yet still have access to the BluLink controller, its pretty straightforward (the complete manual is all of eight pages long). After turning on the unit, push the pairing button and enter any necessary codes on the cell phone. Your headset is now a Bluetooth headset just like the cyborg ear thingies people keep forgetting theyre wearing. The fine print says your cell phone must support A2DP Bluetooth, but most do.

Theres an answer/end call button on the BluLink that works with most every Bluetooth cell phone. Theres also a voice-dial/redial button in case your phone and service supports those options. We asked people we called about the audio quality of our test calls and found the better the headset we used the better it sounded on both ends.

Connecting to the iPod was much more fun. If your iPod (or iPhone or other AVRCP device) has built-in Bluetooth, Bluelink can pair directly. We didnt have any of those, so we used the iLuv Bluetooth adaptor, which is also available from Pilot Communications USA. This plugs directly into the iPod and lets you control the iPod volume, pause songs or skip forward and back. That means you can start a playlist on the iPod and then toss it in a compartment and forget about it. All the control is off the BluLink. As an aside, the forward and back buttons for music wont work with an iPhone. Volume and play/pause do work.

than normal play would. We were down to half charge on our iPod after just over two hours of use. There is an iLuv dongle adapter that plugs into the 3.5mm headphone jack of any MP3 player that has its own battery for the transmitter. But then you lose the remote control for the iPod, which is a nice feature when you want to pause song to talk to ATC or set up for an approach. The battery life for the BluLink itself is claimed to be 15-20 hours on two AA batteries.

BluLink has settings for both stereo and mono intercom systems. You can also set it up for auto mute for incoming radio calls. Were not big fans of automute, preferring to leave the background volume low and have the comm radio drown it out during a call from controllers, but the automute works as advertised, fading the song back in after the call.

The weak link in any pairing we tried was the paired device rather than the BluLink. It paired fine with an old Treo phone but then lost the phone connection on pairing with the iPod. We tried the same double pairing-iPod and phone simultaneously-with a different phone and it worked just fine.

One issue that came up with both the iLuv connectors (for iPod and generic mp3 player) is that the iLuv will loose the connection with BluLink if the iPod is paused for a while. BluLink offers a Sony connector that doesnt have this issue and is working on a connector of its own.

In practice, none of these items were more than a small nuisance as the unit can reestablish a dropped pairing quickly. A side benefit of the BluLink is it has some internal noise filtering, so it will take some of the static out of a noisy intercom system.

The BluLink adaptor with standard GA headset plugs is $260. A Blulink with helicopter plugs is $280 and with the Bose (Lemo) plug its $310. Pilot Communications USA will also sell you an iLuv adaptor for $69.95 or the 3.5mm audio plug dongle for $59.95. However, we found both these devices from other sources for nearly half that amount. Buy those separately if you need them.

Compared to dropping $800 on a Lightspeed Zulu headset, the $260 BluLink isnt a bad cost proposition if you otherwise like your current headset and are just jonseing for Bluetooth. A Zulu doesnt give you remote control of your iPod, either.

Looking at this the other way, cell phone or MP3 adapter cables can be had for under $50, and plugging your MP3 player into the intercom means everyone in the cockpit can enjoy the tunes, rather than having it be a private party for your ears only.

So it comes down to what Bluetooth is worth to you. If going wireless and getting remote control is worth the $200+ difference versus plugging in cables, the BluLink will accomplish the task with ease.