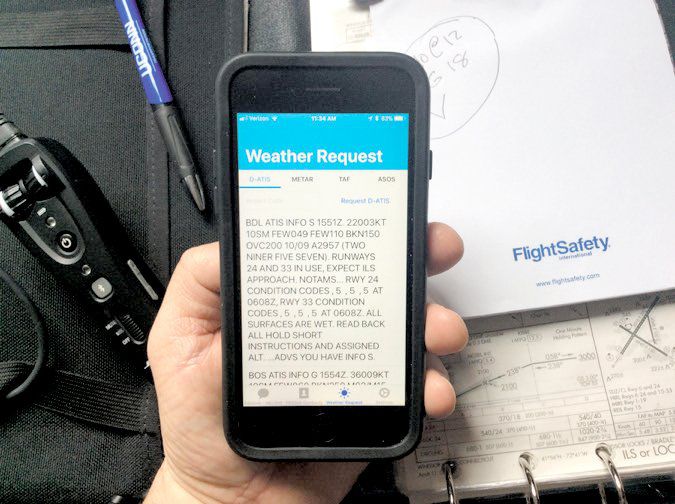 it’s fair to say that reliable cellular coverage in the cabin is non-existent above a few thousand feet AGL. That’s disappointing to passengers glued to their smartphones and tablets, and inconvenient for pilots who want to stay connected with the ground on long hauls. The only real option is connecting to a cabin satcomm system and the latest comes from Georgia-based Send Solutions Airtext, which has FAA approval for its new Iridium-based Airtext transceiver/router.

We evaluated the Garmin InReach Explorer portable communicator (May 2017Aviation Consumer) and while we thought it was a good performer and offered decent utility, it won’t connect multiple users. But the Airtext, which is a permanently mounted transceiver/router, can connect up to 16 users, plus it has someadvanced features that cater to flight crews and FBO staff. We’ve been using a demo system and prepared this field report.

The system is offered in two versions and you’ll have to choose whether you want voice capability. The base Airtext model is $9750 and is intended for SMS messaging, while the $14,995 Airtext+ model adds voice functionality for phone calls. With it, simply connect your smartphone to Bluetooth-equipped headsets.

The Airtext system is two pieces including the remote-mounted transceiver/router and an external Iridium satellite antenna. We like the transceiver’s compact footprint and flexible mounting. The one-pound device measures 7.5 by 4.6 by 1.4 inches and is installed in an avionics bay or inside of the interior. The installation manual says it has to stay inside the heated structure (and within the pressure vessel in pressurized aircraft), and since it has dual Bluetooth transceivers, best performance is had when it’s as close to the passenger cabin as possible.

The Airtext router has dual Bluetooth antennas that screw into the unit and the company offers several antenna options depending on where the router is mounted and how much structure it needs to penetrate to work reliably. Dual Bluetooth antennas allow the router to serve more users simultaneously and offers failsafe. The Bluetooth (Class 2.0, which has a 33-foot unimpeded range) is low power to help conserve battery life of the connected device.

The router has an Ethernet port for future use, but no USB port. That’s a good thing because all firmware updates and system configuration are accomplished wirelessly. That’s a huge time- and cost-saver. An Iridium satellite antenna is required (and connects directly with the router) and there are several offered by third-party antenna manufacturers. Existing antennas left over from early-gen Iridium transceivers will work with the new Airtext.

For trip data display within the Airtext’s app, the transceiver takes an Arinc 429 position data input from a panel GPS (yes, Garmin GNS and GTN models are compatible).

We’re impressed with the Airtext’s build quality, interface connectors and installation hardware. It currently has an STC-AML (approved model list) for all King Airs and the Pilatus PC12, plus an STC for the Cessna Citation X. The company told us it’s adding more aircraft approvals and previous installations have been approved via FAA field approvals and even with a logbook signoff.

Since the Airtext is designed to use an existing smartphone or tablet for messaging, you’ll first download the free Airtext app. This serves as a messenger and you simply type, send and receive just as you do with the messaging utility on an iOS or Android device. There’s not much to it. We evaluated the system with an Apple iPhone 7. The app is smart enough to grab your existing contacts, so you won’t have to add them all over again.

As long as the Bluetooth is turned on in your smart device it will automatically connect with the Airtext modem, which is confirmed with an onscreen beacon symbol. You can check the status of the Iridium datalink signal in the More menu at the bottom of the app.

To initiate a text message, click the text area at the bottom of the screen to enable the keyboard on the smart phone or tablet, type the text and then press the send button. A small check mark appears on the message to show that the data was acknowledged by the router. The message is generally sent to the ground-based recipient in a few seconds. In our trials, we found that sending and receiving was fast and reliable.

Recipients receive a message that you are messaging them via Airtext and to respond using the airborne number shown at the top of the text. When you land, recipients are notified as such and are instructed to contact you via your regular texting number. Each system ships with a set of dedicated phone numbers.

Developed by Airtext, the companion FBOlink is a messaging program that provides flight crews direct real-time communications with FBO service reps. The beta service was launched with Las Vegas-based WilsonAir Center, which is using FBOlink at its Memphis and Chattanooga, Tennessee, locations, at Charlotte, North Carolina, and in Houston, Texas.

The idea behind FBOlink is to provide more convenient FBO call-aheads in flight regimes where workload is low, rather than waiting until the aircraft is within VHF radio range, where crew workload may be higher. When the crew sends an FBOlink message, it includes the preprogrammed aircraft’s tail number, type and pilot/company name. The FBO is alerted of a new message with a computer pop-up and a flashing LED message light on the FBO counter. The light is programmed to change colors or flash at different rates after a predetermined time. The text dialogue can be shared until the aircraft has landed.

The Airtext+ model has recently been enhanced for high-speed datalink for sending and receiving images and documents. No, you can’t download large files and there’s no web browsing. While the Iridium bandwidth isn’t yet where it needs to be, the company has been working to replace its aging satellite network with the Iridium Next, which promises to improve bandwidth performance.

So that we didn’t have to permanently install the system, Airtext sent us a prefabricated wiring harness with a cigar lighter plug and portable antenna (which worked fine for reliable reception). An external antenna should work even better. Still, the Airtext’s favorable performance got us thinking about a potential portable version of the system, and Airtext’s principal David Grey suggested it isn’t out of the question. He’s exploring the system’s utility in the marine market.

At a starting price just shy of $10,000 (not counting installation and an antenna), we think the Airtext is a serious player for high-end pistons and turboprops. We think this market will see an increase in competition.

As we go to press, Gogo Business Aviation is launching the Iridium-based Avance L3 low-cost inflight connectivity system, with a starting price of $40,000. Targeted at the lower-end turboprop market, it has text and talk service plans, plus it can be connected with the Gogo Biz data network that delivers 3G connectivity speeds.

Garmin’s GSR56 Iridum transceiver starts at $10,000 and works with the GTN navigators and with the Flight Stream wireless system. We’ll wring it out in a separate article.

Moving forward in a growing market, we think Send Solutions is the company to watch. It has advanced the Airtext system in a short amount of time and has tall plans for future enhancements and more features. PlaneSense, with its fleet of Pilatus aircraft, is the launch company for the Fleetlink, a flight tracking and dispatch program that uses the Airtext+ transceiver for automatic takeoff and landing times, flight hour reports and other dispatch duties.

The data plan for the Airtext and Airtext+ is $300 per year and the first 1000 text messages are free, while additional messages are 5 cents each. Voice calls on the Airtext+ are $1.60 per minute with a prepaid Iridium sim card.