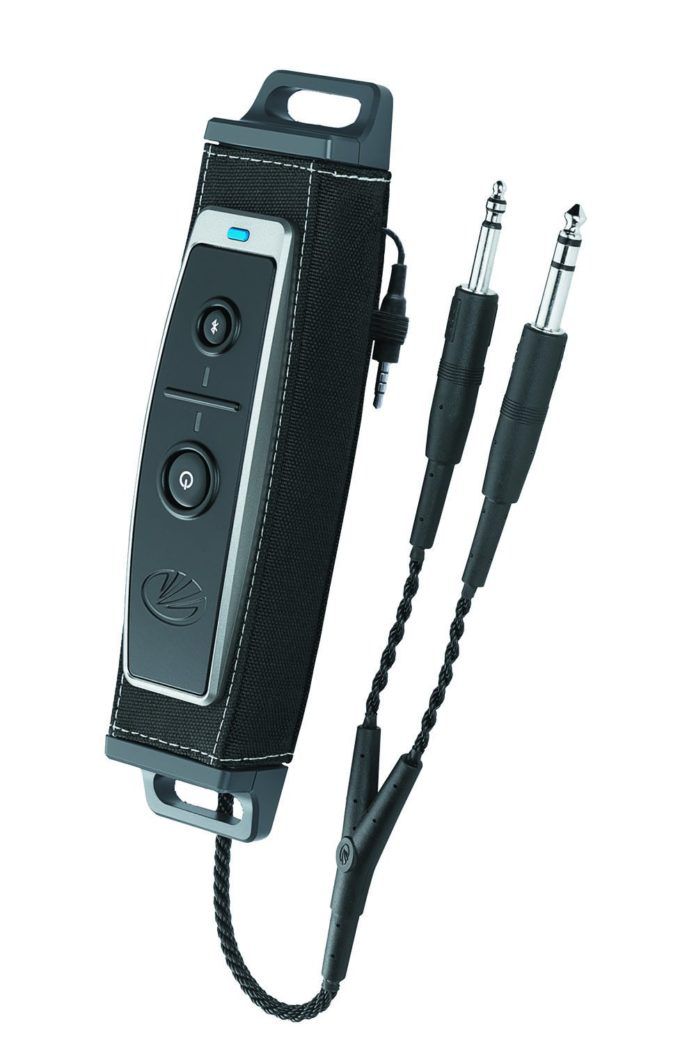 When we evaluated the EQ-Link wireless aviation headset a couple of years ago, we struggled to find a $1000 reason to invest in its cordless design, especially since it didn’t have the comfort of even mid-priced traditional models. So as the industry marvels at Lightspeed Aviation’s recently introduced $800 Tango wireless ANR model, we still wonder what—if any—problem this technology solves. Moreover, what problems might a wireless headset create?

To find out, we ordered the new Tango and put it through the paces in a few different aircraft. Overall, we’re pleased with its performance, value and the technological progress it represents, but have a few nits to pick about its user interface. To watch a demonstration of this product, click here.

The price to pay for a wireless interface is more user controls, which includes an 8- by 2-inch remote control module wrapped in a high-quality nylon sleeve. It has traditional GA (dual plugs) audio cables well-protected in anti-chafe sheathing. The module houses the transceiver, its own power supply and battery, mode annunciation, plus a Bluetooth control and an auxiliary input jack.

We’ll be blunt—the thing is big. But, since the module plugs into audio jacks just as a traditional headset does, Lightspeed smartly designed the module with enough cable to stash in a map pocket. No map pocket? You’ll need to get creative and mount it somewhere. That shouldn’t be too difficult since it’s designed with multiple mounting points. We used the system in a pocketless Piper Tomahawk and found no place to stash it other than under a thigh. That’s hardly practical.

If your head is accustomed to a lighter Bose A20 or even Lightspeed’s 14-ounce Zulu 2, the 16-ounce wireless Tango might feel heavy and it’s something we noticed immediately. That’s not to say the Tango is uncomfortable—its 10-inch head and ear padding is generous—but there’s a comfort price to pay for more weight.

The added electronics and battery power supply are responsible for the weight gain. A 3.7-volt lithium ion (the same type used in the wireless control module) plugs into the left earcup. It’s maintained through an onboard micro USB charging port, allowing for roughly 12 hours of battery endurance when at full capacity.

The batteries can be charged to 75 percent capacity in less than an hour, and to 100 percent capacity in two hours. The headset battery and charging port are accessed by a seemingly fragile hinged access door on the earcup, which we are sure to eventually break. One problem is the boom microphone gets in the way of access, so we suggest mounting it to the opposite earcup.

Should the headset battery deplete, it can be powered by piggy-backing to the control module via its backup power cable. This is intended as emergency power to restore audio and won’t power the noise cancelling circuitry. With tighter clamping and thick ear pads, the Tango does pretty well when passive.

The small main power button is located on the left ear cup and we wish it were larger for use with gloves. The green LED on the remote module flashes once when power is supplied and the Lightspeed Link automatically pairs it with the headset. We like the design of the volume control on the right earcup. It’s a large square rocker panel with up and down action, making for easy volume tweaks by tapping it. We also like the wide range of volume adjustments. Between it and the volume control on the aircraft intercom, you should be able to find the absolute perfect phones volume level.

To turn the system off, press and hold the power button on the headset until the green power LED turns off and you hear the power-down tone. The system automatically powers down after five minutes under quiet conditions, a mode which can also be disabled.

The Tango is available in a version with a LEMO interface for single-plug ship’s power, which is the same plug as other Lightspeed and Bose models. The set is also available with a U-174 helicopter plug. To change any of these configurations from the supplied dual GA plugs, Lightspeed said the module will need to be swapped out, but pricing wasn’t available as we go to press.

Oddly, Lightspeed wouldn’t tell us on which frequency the Tango operates, citing proprietary engineering reasons. It did say that in the development phase, neither Bluetooth or Wi-Fi proved to be a reliable communication stream because of issues with the delay it caused in sidetone operation. Sidetone is the sound of your own voice you hear in the headphones while you’re speaking.

The Link button inside the module is used to establish the wireless link between it and the headset, but only needs to be used once for initial pairing. A blinking red LED indicates that pairing has not been established, while a solid red annunciator indicates successful pairing.

It’s important to place the microphone as close to the lips as possible because of the slight latency (an echo, actually) in the wireless path between the headset and the module.

Lightspeed says the communication range between the headset and control module is 20 feet, and we didn’t have any issues inside or walking around our aircraft. When using multiple Tango sets (up to six can be used in the same cabin), the channel selector switches in the module and headset will need to be changed so that each pair is set to its own channel. Lightspeed supplies six sets of plastic identification color chips for placing in the headset and on the module so you know which module goes with a given headset.

The Tango offers full stereo sound, but also has a stereo/mono switch for use with mono audio jacks. We found the entertainment input quality to be quite good, but perhaps not quite as good as the company’s PFX model, since its fidelity can be fine-tuned through its smartphone app, something not available for the Tango.

The Tango does interface with Lightspeed’s FlightLink cockpit recorder app for iOS, for automatically recording (and playing back) intercom and ATC communication.

The ComPriority mode lowers the volume of music and aux audio input during radio communications. The mode is commanded by a small button next to the volume control on the right earcup.

The onboard Bluetooth performed well, offering easy pairing by pressing and holding the Bluetooth button on the control module for 10 seconds. After the initial pairing with an Apple smartphone, the set connected easily with a single press of the Bluetooth button, confirmed with three pulses of the blue LED indicator and an audible tone.

We used the Tango with a variety of audio systems—from a flagship PS Engineering audio panel in a Cirrus—to a vintage standalone intercom in a two-seat trainer. We think the Bose A20 edges the Tango in audio quality and perhaps some of that has to do with the wireless circuitry. We seldom heard any interference from other onboard systems, but if you’re thinking of making the jump to a totally wireless headset cabin, we think shielded wiring is essential to flawless performance.

According to Teresa De Mers at Lightspeed, the new Tango was developed in response to buyer demand for a wireless model. That isn’t surprising. In a world of wireless gadgets, we agree that tethered aviation headsets are becoming antiquated.

On the other hand, once the things are plugged into the audio jacks, most pilots and passengers forget the wires are even there. That’s until they attempt to roam around the cabin—an obvious problem a wireless headset certainly solves, particularly for larger, stand-up cabins.

Then there are aerobatic operations. A wireless model can still fall off the head, but you might worry less about dangling cords getting snagged in the controls while manuevering. But as we noted, you’ll still need to secure the 9-ounce control module after plugging it into the audio jacks.

One benefit we discovered when evaluating the operating range between the headset and the control module is the ability to wear the set while outside of the aircraft. This can be convenient if you want to listen to a comm radio while preflighting.The $800 Tango is supplied with a generous molded storage case—perhaps the nicest we’ve seen supplied with any set. It also comes with two lithium ion batteries, an auxiliary audio patch cord, dual AC USB charger, plus two micro USB cables – as if you didn’t already get enough.

And that’s the other rub with the Tango – it’s yet another gadget you have to charge. Two gadgets, actually, when you consider the headset and the accompanying control module. Consider it the price to pay for progress, we suppose.