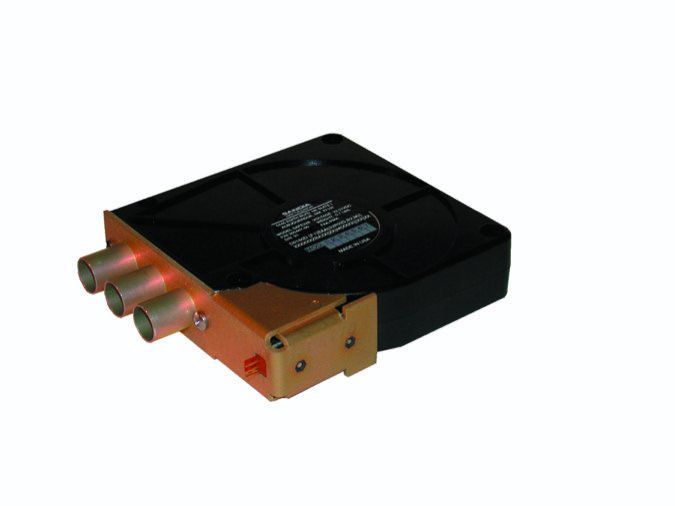 If you’ve ever scrutinized an invoice or a proposal for an avionics upgrade, you might have spotted a line item that mentions an avionics cooling fan. While it’s an option that could add $500 to as much as $1000 to the project, it’s a sign that the shop is thinking about long-term reliability. We’ve seen too many high-dollar avionics installs completed without protecting the avionics from heat damage, which is easily handled with an avionics cooling fan.

While the market has fewer choices than it once did, all fans aren’t created equal. Some have single outputs for cooling one radio, while others can cool an entire stack while also providing warnings of impending motor failure. Here’s a fresh look at the current offerings for retrofit.

In the bad old days, aircraft manufacturers had the creative idea of cooling the radios using outside air. While it might seem like a logical way to do it (after all, there’s often plenty of colder air at altitude), the execution was partly flawed.

If you’ve ever spotted what look like vents in the wing’s leading edge, you were looking at the ram air induction point for an old-school (and hopefully removed) avionics cooling pack. This is nothing more than an air box that is bolted to the side of the radio stack and connects with the outside vent with scat tubing. When the airplane is moving, ram air gets pumped into the box and is dissipated through small holes in the air box.

Part of the trouble with this ancient design is the moisture that can get pumped into the radio stack when flying through rain. The system also collects bugs. And no, the design does no good when sitting idle—where heat builds up rapidly on hot days.

The idea is to eliminate as much of the chimney effect as possible. This is where heat rises from the bottom of the stack (often from the hot-running transponder) and rises up into the rest of the radios.

We’ve measured temperatures beyond the TSO certification limits in some tightly packed radio stacks in the heat of the summer while ground running. Big color displays don’t help matters.

Luckily, even older avionics like Garmin’s GNS530/430 have built-in fans, but their primary purpose is to cool the display and not move heat away from the radio’s chassis. Add a properly installed external fan and you’re doing all you can do to protect the equipment. Here’s a look at specific brands your shop will use.

Based in Mansfield, Texas, Lone Star (www.lonestaraviation.com) makes a tiny single-port fan with a brushless motor. It’s good for tight spaces and for cooling a single radio, but it’s not approved for certified aircraft.

The Cyclone 21, which has three ports, does have FAA-PMA approval and sells for under $200. We like its rugged housing, compact design and flexible mounting options. For serious cooling, the $349 Cyclone 600 has six ports and can directly replace the long discontinued King KA-series fans. There’s also the $389 optional Fan Failure Warning System (FFW) for the Cyclone 21 that can drive external LEDs if the fan’s motor drops to 50 percent.

Based in Albuquerque, New Mexico, Sandia Aerospace (www.sandia.aero.com) supplies a line of cooling fans for retrofit and to OEMs including Garmin. The Safe models, which are available with one, three and five outflow ports, use brushless blower motors and the company’s proprietary RunQuiet technology.

The Safe series fans have fault detection output that provides an operational warning if the motor begins to fail. When the fan motor is operating normally, the circuit outputs a low impedance signal, but if the RPM of the motor drops below a preset threshold (usually below 65 percent of nominal airflow), the output goes to high impedance and some connected avionics—including Garmin’s G1000—will flag a warning message that the cooling system has failed. Unfortunately, most retrofit avionics don’t have the capability to monitor this smart output, although we’ve heard of some shops getting creative and wiring the outputs to an annunciator lamp. Plus, these fans are only available for 28-volt electrical systems. The Safe 328/528 multi-port fans supply up to 20 CFM of cooling air.

Garmin sells the three-port GFC314/328 (14 and 28 volts) series fans for $299, which are really the ACF-series fans made by Sandia. The Sandia ACF fans move 25 cubic feet of air per minute and use quiet brushless motors that are rated for 78,000 hours of continuous operation.

According to shops we spoke with, not everyone and it depends on the equipment that’s installed. Dave Fetherston at NexAir Avionics in Massachusetts told us his shop almost always recommends a fan if the panel has older Narco and King radios, even when they’re used for backing up a modern navigator like an Avidyne IFD or Garmin GTN. But Fetherston attests that a pair of Garmin GTN navigators provide good cooling on their own, thanks to large internal fans.

Garmin’s Jim Alpiser offered advice we couldn’t argue with, given the eye-popping cost of new equipment. “Generally speaking, avionics cooling fans are a good idea even when they aren’t required (by the STC install manual) as a pragmatic way to further protect your investment,” he said. Incidentally, the current Garmin GTN-series install manuals don’t specifically call for a dedicated fan.

Avidyne’s technical support lead, TJ Sutton, pointed out that the IFD540/440 units have integral cooling fans and also cooling vents around the bezel. “While our install manual does not require external cooling per se, it is always a good idea to have adequate cooling around the radio stack,” he told us. We agree, and in our view a cooling fan is a way to ensure that happens.

Which one you choose will depend on which model your shop prefers to install, based on space and even what it has on hand, but don’t assume it will install one—ask. We have no problem recommending Sandia or Lone Star—we’ve installed both with good results. More important is to make sure the system is inspected regularly, and proactively replace the ducting. Even the best blower is worthless if its air can’t get to the radios you’re trying to protect.