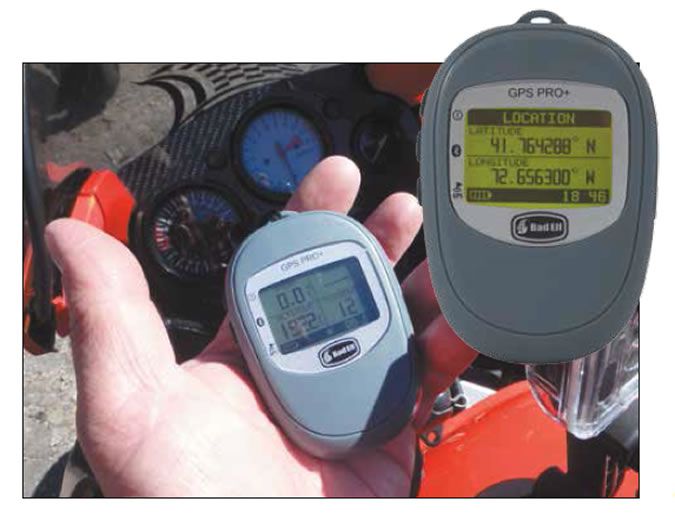 Navigation apps require reliable GPS position input for georeferencing, which is the ownship data that’s displayed on electronic charts and maps. The built-in GPS on many tablets might not be reliable enough without cell phone tower assist, especially in the cabin at higher altitudes. That’s why a wireless GPS receiver remains an integral component for cockpit tablet use.

On the other hand, WAAS-equipped portable ADS-B receivers fill that need, leaving a dwindling market for standalone receivers like the new $300 Bad Elf GPS Pro+.

Still, we think the new Elf receiver with its integral WAAS and GLONASS engines, barometer and datalogging capability has enough capabilities to make it useful inside and outside the cockpit. It’s also a solid performer, with impressive battery life, five-device Bluetooth connectivity and fast satellite lock-on.

The new Pro+ shares the same housing and basic control set as the original Pro model, which remains in the Elf lineup and is priced at $200. But the 66-channel Pro+ has both WAAS GPS and GLONASS (that’s Russian satellites) receivers, which help the device come up and ready for navigation in well under 20 seconds, based on our trials.

The new Pro+ also has built-in temperature and barometer sensors for displaying altitude (it won’t display temperature), which we found accurate to within a few feet when comparing the altitude resolution to field elevation.
What really impressed us was the Elf’s battery life—nearly 30 hours. The unit is also easy to use without having to reference a manual, thanks to minimal keys and a shallow menu.

The left side of the 3.0 x 2.4 x 0.7-inch housing (which can be worn around the neck with an included lanyard) has three buttons for power, Bluetooth and GPS functions. The backlit LCD display performs well in sunlight and logically displays at-a-glance data including speed, heading, altitude, satellite receiver accuracy, battery life and clock time.

Mission versatility
If you engage in outdoor activities, the ELF’s datalogging capability might be a useful tool. It can log up to 200 hours of trip data in its internal memory and can then be accessed directly from a Mac, PC or managed in the Bad Elf tablet app.

For instance, we took the device on a multi-day motorcycle road trip, where it was useful for recording position on roads that we wanted to find again. We also used it during standup paddleboarding outings, where it precisely logged distance paddled, position and speed. The logger is easy to operate. Simply hold the GPS button for a few seconds to turn the logging on and the device will record your position every second. Once data logging is complete, you can use the Bad Elf utility app to save, map and share the log with others via email or send to Google Maps. In the aircraft, the logger might be used for training flights.

The device is compatible with a wide variety of tablet apps, including ForeFlight Mobile, WingX Pro7, Jeppesen Mobile FD and Reader Plates, to name a few. It also works with non-aviation apps for cycling, agriculture and equestrian activities.