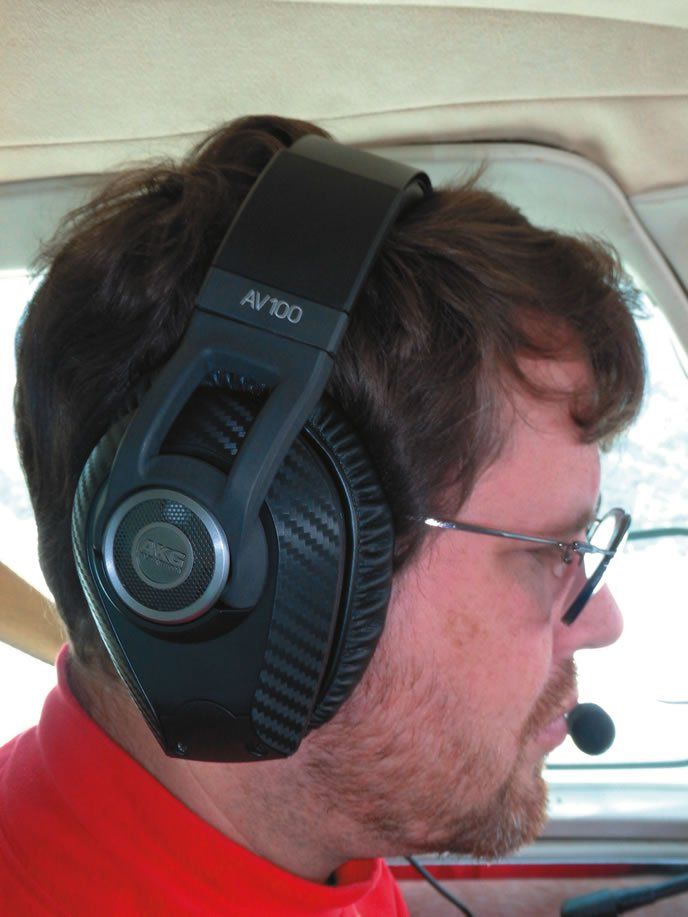 That may be the case if your aircraft has wiring issues. While the cabin of a noisy piston-powered aircraft is perhaps the worst environment for listening to your favorite tunes, it’s often the aircraft wiring that makes the sound quality laughable by even the lowest standards. Bluetooth audio panels help because eliminating the patch cable that connects your music player to a music input jack can also eliminate noise. But they aren’t the cure-all for subpar music quality. Even with a flagship Bluetooth audio panel like Garmin’s GMA350C and PS Engineering’s PM8000-series, music playback quality will only be as good as the wiring between the audio panel and headset jacks, the health of the ignition system, charging system, grounds and a slew of other variables.

That’s a benefit of streaming the music directly into a stereo headset that excels at music playback, including the Harmon AKG AV100, pictured below, compared to listening through a wired source. But that’s not a good option if you want everyone in the cabin to hear the same tunes.

Until headsets can share audio via their Bluetooth circuits, there is still a place for audio panels and the quality wiring required to make the music sound good.