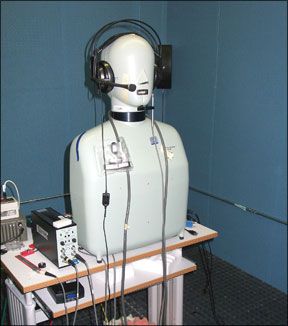 Just about everybody has one or more budget headsets. Perhaps you purchased one as your primary headset when you couldnt afford anything fancier or youve bought them for passengers or as spares. Having reviewed ANR and pricier passive headsets in previous issues (see Aviation Consumer May and July 2007) were examining budget headsets in this report. As in earlier reports, all of the headsets weve evaluated are circumaural-they fit around your ear against the side of your head. At the budget end of the spectrum-in this case generally less than $150-the market leans towards house-branded headsets. In this case, Gulf Coast Avionics loaned us three of their house-branded headsets and we tested a LightSPEED QFR and the AVCOMM 200P. Pilot USA was unable to supply a headset in time for our testing.

In our previous review of passive headsets, we tested the Flightcom Classic 4DLX in this price range so weve recapped those results. We measured the headsets in a professional audio lab, then subjected them to flight trials by a focus group. This has proven to be a successful way to evaluate headsets because in the end, how the headset sounds and its comfort level are what count most.

For communications purposes, any of these headsets are suitable for occasional primary use but might be a bit disappointing if you also listen to music. Being passive headsets, their noise isolation relies on clamping onto your head to simply keep the noise out. In that regard, they were very effective, with the measured range from least (Flightcom 4DLX) to most (GCA-9T) being nearly irrelevant. Comfort, however, is likely to suffer. The microphones also performed adequately for radio communications and exhibited good noise cancellation, with the Flightcom mic surprisingly good.

The distortion of both the earphones and the microphones was low enough to essentially be meaningless for voice communications. In all but the lowest frequencies on the AVCOMM and the GCA-4T, the earphones approached distortion levels acceptable to an audiophile. Mic distortion was lowest in the LightSPEED and the GCA-9T at a bit under and over 1 percent respectively. The rest hovered between 1 and 2 percent, which is fine for speech.

Linearity was excellent for both the earphones and the mics, as was the isolation between the mic and the earcup to which it is attached, with no likelihood of any detectable crosstalk. The loudness, or efficiency of converting between electrical energy and acoustic energy, was adequate, but did vary. This means that with a cheaper intercom it may be difficult to find settings that would work with different headsets at the same time.

If youre confused by the QFR model designation from LightSPEED, youre not alone. There are actually three variations on the QFR model: the SoloSSc and Solo/c passives and the ANR QFRXCc. They all share the same basic design, although they differ in comfort and features. We had planned to test the lower-priced Solo/c, but the similarities in model names resulted in us testing the SoloSSc instead, which actually balances the field more fully in that the more expensive SoloSSc is marketed as a more comfortable and better performing headset.

These two Gulf Coast house headsets are nearly identical. The 6T is stereo and has a different mic boom, however they both performed about the same. The earphones exhibited a low-frequency peak of around 12db at just under 200 Hz. This would tend to make the audio sound boomy and bass-heavy. The response tapered down and became effectively flat from about 400-3000 Hz. Above that frequency, there was some resonance and a fall-off with little usable output above 8 kHz.

The microphones started off effectively mute at low frequencies and ramped smoothly up until a bit above 1000 Hz where they leveled off and performed reasonably until about 8 kHz. These mics likely sound thin or bright, but would exhibit reasonable voice intelligibility.

One quick look at the GCA 9T and youll think its a LightSPEED QFR-indeed the measurements were similar. The earphones in both exhibited a slight bump just above 100 Hz that essentially leveled off by the 300 to 400 Hz beginning of speech and remained usably flat until another slight bump around 2 kHz. From there they fell off to around 5 kHz, then spiked and dipped to about 7 kHz and then fell off. The mics were the best of the bunch, starting nearly flat from 100 Hz all the way out to 3 kHz, where the QFR exhibited a slight bump and the 9T simply smoothly fell off.

These earphones didnt provide usable output until above 400 Hz. We suspect this will tend to make them sound a bit bright or thin with voice. Frequency response remained usable until it dropped off above 4 kHz. Although this is a bit offset from the ideal range for voice of 300 to 3000 Hz, it should still prove satisfactory. The mic was slightly better than the GCA 4T and 6T, but performed similarly. It started off depressed at lower frequencies and ramped up smoothly and was quite usable out to nearly 5 kHZ, where it rolled off.

This headset was measured in a different lab for the previous passive headset review and is included here, but not graphed. The range of measurements was different, but can still be compared against the other results reported here. There was significant deviation between the two ears. On one ear, the speaker response was very smooth and regular and was nearly flat below about 1.5K Hz and ramped up about 18dB at 3K Hz, likely making it sound bright. The other ear was quite irregular with an overall performance that spanned more than 40dB between 300 and 3000 Hz. We suspect one of the speakers may have been defective.

The mic was typical, with reduced output at lower frequencies, ramping rather smoothly up across the voice range. Distortion on the one good ear and the mic were good.

Theres no clear winner here. Any of these headsets would prove adequate for their likely purpose, which is short occasional use or for a passenger. The GCA 4T is the least expensive of the lot and the lightest. Perhaps if it were dressed up with a few comfort options, it would still compete well on price and be the most comfortable.

If we had to pick one of these simply on the observations from the lab-not something we would recommend, by the way-the GCA 9T or the LightSPEED QFR would get the nod. They performed a bit better than the others, with reasonable earphone frequency response and their mics do a good job. Noise attentuation is good for both the earphones and the microphone. The GCA 9T is attractively priced and for $75 less than the LightSPEED QFR upon which its based, its an awfully good deal. As noted above, it did well in our airborne trials.

Frank Bowlin is an aircraft owner, airline pilot and regular contributor to