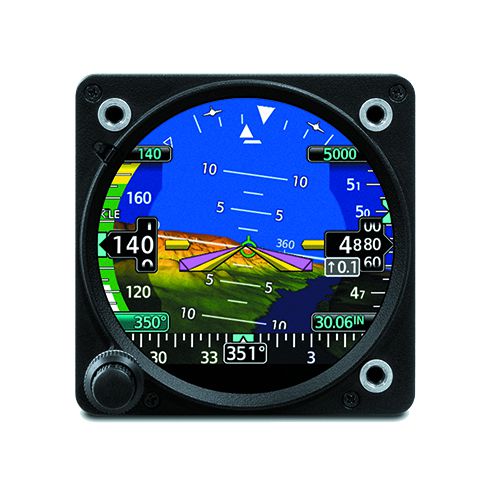 In the IFR On a Budget article in the May 2020 Aviation Consumer we favored Garmin’s GI 275 flight instruments for their drop-in physical installation, stepping-stone upgrade potential and liberal third-party interfacing. Since running that article, we found ourselves shopping for a budget EFIS upgrade for one of our test beds—a 1966 Cessna 182J. Our real-world lesson in upgrade economics is worth sharing as a follow up.

Faced with shotgunning both the vacuum-driven AI and DG—to the tune of $2000-plus—we got quotes for two Garmin GI 275 electronic flight instruments (that’s one shown above). One GI 275 would function as an AI and the other as a DG/electronic HSI. There’s also ADAHRS reversionary capability where if the primary GI 275 AI failed, the secondary GI 275 set up as an electronic DG could take over. Out comes the vacuum system since the STC doesn’t require it, and out comes the turn and bank instrument. The quote was $11,980, and $7700 of it represented the price of the two GI 275s—the rest was labor. But at those numbers it made sense to consider the larger, 7-inch version of Garmin’s G3X Touch. It’s priced at $7995—nearly the same as two GI 275s. It seemed like a no-brainer.

But that’s where the price similarities end. Since even the smallest G3X Touch would require cutting a new pilot’s instrument panel, the $4200 labor to install the two GI 275s would nearly double to make a G3X Touch display fit. As we reported in the instrument panel fabrication article in the July 2020 Aviation Consumer, the process is lengthy and includes custom paint, placarding and sometimes additional approvals. Plus, the single G3X Touch display STC requires a backup attitude indicator—another couple grand added to the bottom line. The preferred backup is the Garmin G5, which syncs the baro and other functions across the two displays. 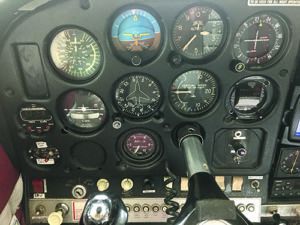 In the end the price savings for the GI 275’s drop-in install was substantial and the investment to cut a new panel didn’t make sense for this 54-year-old plane. Plus, the money savings was enough to install a Garmin GNX 175 WAAS navigator.