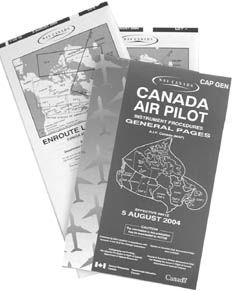 If ever there were a product designed to induce buyers remorse, its aeronautical charts. Despite the advent of data-hungry GPS navigators, most of us spend ever more for navigation data and use ever less of it. Digital charting hasnt helped, other than to incorporate specific charts into the flight planning process.

Lookit, all we want are inexpensive charts and as few of them as possible. We used our recent short trip into Canada as a test case for examining that most irritating of chart requirements, the trip kit. Like everyone else, we often put chart buying off to the last minute then end up paying a premium because we dont have time to shop and then have to beg for FedEx Yesterday service.

This time, we shopped and were reporting our findings here. In the world of international charting, there are two main sources, Jeppesen and the governments-U.S. or Canadian-that have their own chart services. Some resellers, such as Sportys, market both Jeppesen and government charts, although not all of the resellers offer Canadian coverage and the resellers vary in price and delivery services.

A caveat: If you want everything there is to have-visual charts, terminal charts, IAPs, facility directories and high- and low-altitude enroutes, you can spend a bundle of money for a trip kit you might only need for a day or two. In the interest of self-preservation in a world gone security mad, we think it wise to cross international borders on an IFR flight plan. Accordingly, we usually dispense with visual charts, buying only the appropriate enroute and approach charts.

Jeppesen
For all things international, Jeppesen is undeniably the most reliable, single-point source. But youll pay a premium for the Jepp cache. As shown in the chart, the most basic trip kit we could buy from Jeppesen came to $118, including shipping. That buys an Eastern Canada plate package and all of the low-altitude enroute charts. For high-altitude charts, add another $67. Jeppesens normal shipping requires five to seven days so if you need it tomorrow, youll pay $25 more for rush handling and $20 for shipping for a total of $230 for the package described here.

Jeppesen does have one intriguing hurry-up option, however. If youre a subscriber to Jeppesens digital product, JeppView, you can contact the company for a key to unlock the Canadian plates already on the U.S. CD-ROM. Cost: $93 for the Eastern package.

Theyll send you paper enroute charts via post or FedEx sans the handling fee. Or you can have the plates sent on CD or even download them from Jeppesens Web site, again, with the enroutes coming via mail. Not a bad option, but only available to JeppView subscribers.

Sportys, ATP
Sportys Pilot Shop sells FAA NACO charts by the ton and also has a full selection of Canadian products. Since you can shop a la carte, you can buy just what you need, not half the country. For our trip, we needed the Quebec CAP ($20) and two enroute charts for $6 each.

With shipping, the total came to $41.95. Sportys uses UPS or Priority Mail and promises two to three-day service. Ordering the charts via Sportys Web site was easy but the Chart Doctor feature, which is supposed to help you sort through the required coverage, was confusing.

We found another online source of Canadian charts with much better prices than Sportys. Aero Training Products, a Seattle-area discount retailer, sells the CAPs below the NavCanada suggested retail price then the buyer further benefits from a favorable U.S./Canadian exchange rate.

The CAPs are $12.49, the enroutes $2.49 for a total cost of $24.42 for the package described here, with Priority Mail shipping; a bit more than half Sportys price for the same products and shipping. The Web site isnt as fancy as Sportys but for half the price, who cares?

Canada Sources
NavCanada sells charts directly to the public from its Web site at the established retail prices but any enthusiasm we had for using this site dimmed when our call to check prices was put on hold for 15 minutes, not to mention a $35 handling charge for orders to the U.S. We found other resellers in Canada, two of which are listed in the chart.

Shipping costs from Canada are reasonable for priority post and one week or less service is promised. Worth noting is that the favorable U.S./Canadian exchange rate more than covers shipping. For example, our sample trip kit from Federal Maps in Nepean, Ontario came to $32 Canadian, plus $16 for shipping for a total of $48. Applying the exchange rate, that comes to $36.39 U.S., beating Sportys in price but probably not in delivery time.

Conclusion
Rarely do we see one supplier so profoundly beat its competition that theres no contest on who has the best buy. In this case, thats Aero Training Products in Point Roberts, Washington. ATP gives customers a break on both the retail price of the charts and the exchange rate, earning them our top pick.

Thanks to the exchange rate, resellers in Canada beat Sportys by a few bucks but delivery may take two or three days longer. Its a toss-up on which is better; for the few extra bucks, Sportys does have good service. So does Jeppesen, but, alas, the prices are quite high. The digital product is competitive, but only if youre already a subscriber.

Also With This Article
“Companies and Product Prices”