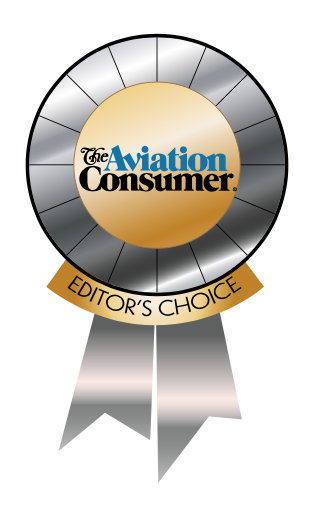 It’s been a lean year for new product introductions, and many manufacturers struggled to deliver items in their existing lineup let alone release new ones. Still, we found a half-dozen good products worthy of the Aviation Consumer prestigious Gear of the Year award.

At the top of the list is Aithre—a relatively new company that has made impressive progress with products that up the ante in cockpit safety. This includes personal oxygen systems, biometric monitoring devices and a smartphone/tablet app that takes health awareness to new levels. At the top of Aithre’s product line is the AVI8 smart pulse demand portable oxygen system. The AVI8 straps to the oxygen bottle and connects with a push-button O2 flow controller and has plug-ins for two users. Using built-in algorithms, the AVI8 monitors for oxygen flow and periodically checks for active inhalation using optical sensors. We like the system’s simplicity and a major part of the interface is handled within Aithre’s Connect app for iOS—which constantly monitors pilot and passenger SpO2 levels and other biometrics. Visit www.aithreaviation.com.

When we first flew Garmin’s $7495 GFC 500 retrofit digital autopilot a few years ago we were impressed with its standard features and safety backstop, which trickle down from Garmin’s GFC 700-series integrated autopilots. And while other manufacturers have good-performing digital systems, we remain impressed at how quickly Garmin has earned STC approval for GFC 500 installations in a wide variety of aircraft. The short list includes  hundreds of Cessna, Beech, Piper, Mooney, Grumman, Socata and even Cirrus models, with more currently in the works.

In a regulatory environment where autopilot approvals are painstakingly difficult to achieve, Garmin makes it look easy. Visit www.garmin.com. 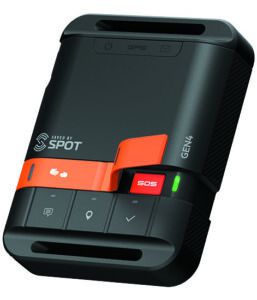 At $149.95, the SPOT Gen4 one-way PLD (personal locator device) has good ergonomics, a simple user interface and a nifty motion detector that can be used to shut the unit off to save battery life and monitor your parked aircraft. It’ll send you an email/text message when it’s moved so you’ll know when the aircraft was moved in and out of hangar, as one example. Like the other SPOT PLDs, the unit works on the Globalstar satellite network, plus it’s powered by AAA batteries. We think it’s priced right, has a good app and is packaged in a rugged housing. We rounded up a handful of mini-satcoms for a review in the April 2022 issue of Aviation Consumer. Visit www.findmespot.com. 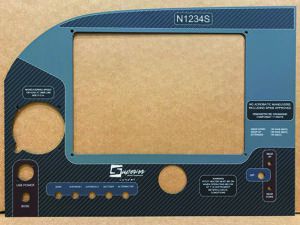 Custom instrument panel fabrication isn’t easy, and it’s often the cause for long delays on the shop floor. But Texas-based Superior Aircraft Components has gotten the process down to an efficient science—sometimes even shipping a new panel the same day.

One reason for the efficient build time is the quick-drying UV printing process the company uses for placards and custom aesthetic designs. The panels we saw had impressive details, a good fit and were reasonably priced. See the report in the March 2022 Aviation Consumer and visit www.superioraircraftcomponents.com.

The $675 CQ Bluetooth in-ear headset from Texas-based Card Machine Works comes from the experimental aircraft world and was designed by pilots who wanted a better in-ear model than the competition. Unlike the design of the good-performing Clarity Aloft models (which we can also recommend, based on our long-term evaluations), the CQ Bluetooth uses thin audio wires for delivering the sound. And it turns out those thin tubes are aren’t as fragile as we thought they might be. We’ve yet to break them after nearly a year of hard use in our long-term evaluation pool. We also found the overall fit and build quality of the CQ to be quite good.

The set is designed so that it’s easy to re-bend the portion of the band that wraps around the back of the head to accommodate a wide variety of users. We think a headset in this price category needs Bluetooth, and CQ delivered with a stone-simple Bluetooth module that’s easy to pair, has voice prompting and works well with modern smartphones and tablets. Read more about the CQ Bluetooth in the February 2022 issue of Aviation Consumer and visit the company website at www.cqheadset.com. 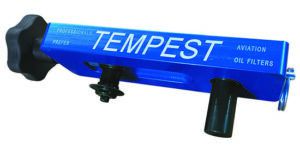 The way we see it, you aren’t doing your oil changes correctly if you aren’t cutting open the filter to look for metal. But that means investing in a decent cutting tool.

One complication we’ve found is that there are basically three kinds of filters, including the small, spin-on style for Rotax engines. The $125 Tempest AA470 depends on the tool holding the center of the device in place while you rotate the canister along the cutting wheel.

But perhaps what we like best about the AA470 cutter is it has a removable pin that allows for both the 48110- and 48108-style filters. Basically leave the pin in for the -108 and remove it for the -110. The cutter works well, with a sharp cutting wheel (replacements are around $10) and a large knob for setting the cutting effort, and the tool has enough length for obtaining good leverage when cutting.