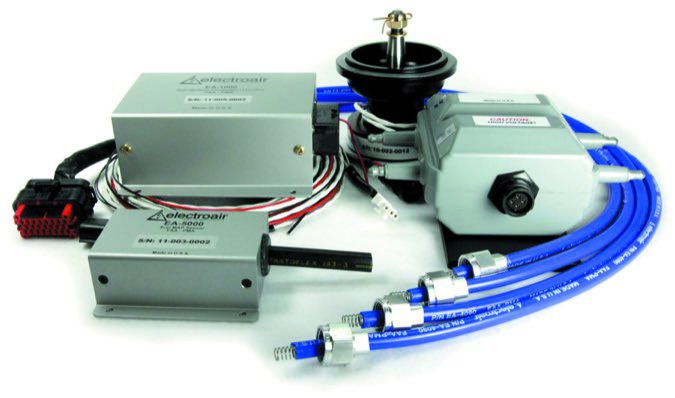 It seems that every time we do an article on electronic ignition system (EIS) our email box fills up with comments—pro and con—and questions. The aftermath to our piece on Electroair’s EIS in the May issue was in keeping with tradition.

One owner wrote: “I was one of the early adopters. The system installed on my Mooney Encore was wired through the rotary ignition switch, resulting in unreliable EIS operation. Electroair recognized the wiring error and to their credit, instructed my mechanic on how to bypass the rotary switch and install a dedicated switch for the EIS.”

The next issue involved communications: The radio stack was new but weaker signals were scratchy or unreadable. Electroair had a solution: a new ignition harness with better shielding, provided under warranty.

The owner then experienced increasingly frequent engine “burps” during climb, accompanied by loud static in the headset, which eventually precluded use of the radio and intercom. Shutting off the EIS solved the problem, which was traced to arcing on EIS ignition leads. The fix worked for a few flights. When the problem recurred, the owner pulled the EIS and had the mag reinstalled.

Electroair reviewed its records and told us that the emails it exchanged with the owner and shop showed that the original problem was the key switch in the airplane—something Electroair proprietor Mike Kobylik had told us during our interview for the article was a problem with legacy airplanes. Kobylik said that the new ignition wires provided to the Mooney owner—now standard equipment—have a much higher resistance (5700 ohms/foot) and have eliminated radio noise issues.

Kobylik wrote, “I am not sure exactly what was the cause of [Owner’s] final problem. Based on what he wrote I would suspect that there was a bad or intermittent connection at one of the spark plugs. For our system, we leave spark wire assembly for the installer in the field. This is because we at the factory have no way of knowing where the coil pack will be installed and therefore cannot make the spark plug wires ahead of time. An instructional video goes through the fabrication process step-by-step (https://tinyurl.com/y96zakfl).”

Another reader, going through an engine overhaul on a Cessna T210, asked a series of questions: “How does Electroair affect the break-in procedure? What role do GAMI-jectors play? How is it really going to work and what are the power settings for all the various phases of flight? I was never able to get lean of peak to work with my old engine. It always bootstrapped, especially at higher altitudes.”

Kobylik responded: “Break-in procedure and GAMIjectors are not affected by having the Electroair system installed. As a general rule, we encourage the use of GAMIs because they essentially tune the fuel system to the induction system on an individual cylinder basis. In a similar way, the Electroair system is a tuned ignition system—based around manifold pressure.

“Leaning, engine operation, etc.: We expect that with the EIS you will be able to lean the mixture further. We expect CHTs to rise slightly (although one operator reported that his CHTs decreased) and that EGTs will lower slightly. This is because of the more efficient combustion of fuel inside of the cylinder. We do not expect any negative impact on TITs. For turbocharged applications, we do not expect the same fuel savings that you would get from a normally aspirated engine. Since we tune based on MAP, and turbocharged engines are boosted, there is less need for adjusting ignition timing. Having said that however, the electronic ignition does not suffer from changes in altitude like magnetos do. Magnetos suffer from breakdowns at altitude as spark energy tries to move through low-density air inside of a distributor.”