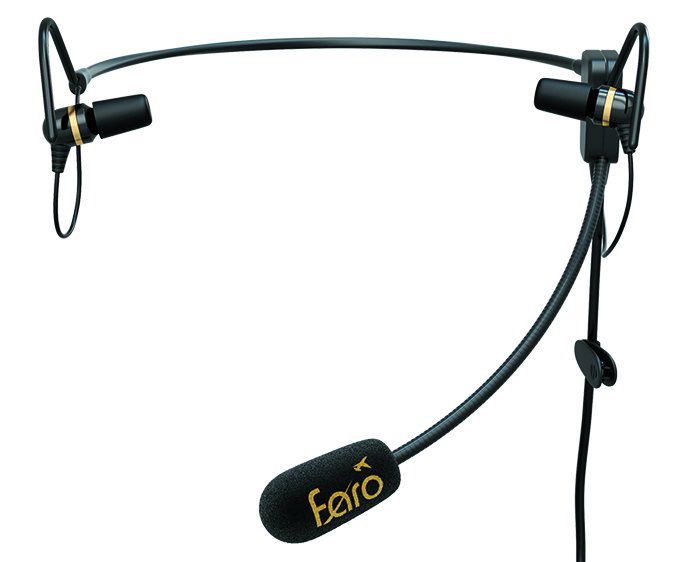 One perk of the job is trying out a wide variety of headsets. Two models that impressed me enough to fork over my own cash to own are the Bose A20 and the Clarity Aloft in-ear headset. In fact, I like the Clarity so much I find myself flying with it more than the Bose. That’s why I was anxious to try the new Air in-ear model from Las Vegas, Nevada-based Faro Aviation.

Company principal Kevin Faro has been designing a series of aviation headsets since 1999, the result of his dissatisfaction with other headsets on the market. The company currently offers four models, to include the $190 passive G2, a $390 ANR version of the G2, the $690 flagship G3 and the $390 Air. I’ve been flying with the Air for nearly a month, while also offering it up to passengers and other pilots to try. Here’s a field report.

I was initially impressed with the Air’s overall build quality. On the other hand, it’s priced at nearly $400, so buyers will expect good fit, finish and feel. Still, at that price point I think Faro should include a carry case, but it doesn’t. But, the headset proved durable enough to throw (literally) around the cabin and survived my overstuffed backpack.

Compared to the Clarity Aloft, I found the Air had an edge in comfort. For one thing, at 1 ounce, it’s .5 ounces lighter than the Clarity. This might seem nominal, but the Air just felt easier to wear on longer hauls and there were no pressure points where the earband rests on the base of the ear. It helps that the headband doesn’t need to fit tightly on the back of the head to stay firmly in place.

There aren’t slide adjustments to the metal headband and earloop frames. Instead, you simply bend the metal (expand or contract) to get the right size for your head. Faro says you won’t break the structure by making these adjustments, and if you do, the company will exchange the set. Use caution, however, not to pull on the speaker wires when adjusting the earloop. I was able to achieve a perfect fit.

Faro says the Air provides up to 50 dB of noise reduction. Compare that to the Clarity Aloft, with specs rated at 29.5 dB of noise attenuation.

In our trials, I found the Clarity outperformed the Air when it came to taming noise in the cabin of a Bonanza and an older Cirrus. But, my passengers had mixed reactions. “The airplane noise was louder than the radios and your voice,” one non-pilot remarked of the Faro. Another pilot who spoke the lingo thought the Clarity and Faro performed nearly the same and found the Faro more comfortable and easier to put on the head, but the Clarity had louder sidetone. One passenger spoiled by the Bose A20 couldn’t wait to ditch the Faro on a long haul.

My takeaway is that the performance of either in-ear model is greatly dependent on the fit of the slow-recovery composite foam earplugs. Faro provides two sizes to choose from: medium (Faro says the medium fits the majority of users) and large. Both are designed slightly longer than a typical earplug to fit deeper into the ear canal. I wonder if shallow, fatter plugs might work better, perhaps creating a tighter seal around the outer perimeter of the ear.

Regardless, you have to use them properly and there’s a correct way to insert the eartips. The drill is to compress the plugs by squeezing them into a ball with the fingers, while using the opposite hand to pull the ear back and upward to open the ear canal. Quickly insert the entire compressed eartip into the ear canal and then release hold of the ear, but hang on to the tip until the foam expands. Do it correctly and there won’t be any of the foam visible. This process might make any in-ear model a deal breaker for folks with sensitive ears, small children or those wigged out by earwax.

The Air’s noise-cancelling Electret microphone is a good performer. It never clipped and has good sensitivity when placed where it should be—which is just touching the lips.

One thing that impressed me is that the microphone is easy to adjust, where it stays in place for the rest of the flight. I just can’t seem to find a happy position with the microphone boom on my Clarity.

The headset’s control module couldn’t get any simpler. It has slide volume controls for each ear and the volume seemed linear throughout its travel. Saying that, I wasn’t the only evaluator who wanted more phone audio gain, even with the volume pots maxed out. The only way to get more volume was to crank up the aircraft intercom and comm radio, but that certainly wasn’t an option for other headsets (including high-end ANR models) that were also plugged in. If you had an intercom with independent volume controls for each station, you could compensate, but that isn’t always practical.

When it comes to intercoms, the Air can accommodate stereo or mono systems. There is a mono and stereo selector switch nicely positioned on the face of the control module. What you won’t find on the module is controls for Bluetooth. The only way to pipe music into the set is to connect an audio patch cable from the music device to the module. I suspect users will expect wireless capability for the price. The Clarity Pro Plus with Bluetooth is $725—a $200 premium. Still, I found the Air’s music audio quality to be quite good when connected to my iPhone. A nit I had was the length of the audio plug pigtails on the module—they were too short—making the module barely accessible when plugged into jacks located under the panel.

As with any headset, I suggest trying before buying, especially for use in louder cabins. They may be fine in a turbine aircraft, but not so fine for louder pistons, for example. Faro provides a three-year full-coverage warranty and has free shipping within the continental U.S. It sends three pairs of standard and three pairs of large eartips with each set.