Not everyone has a fancy Bluetooth-equipped audio control panel, and believe it or not there are still a lot of pilots (and passengers) flying with passive headsets from an age where wireless connectivity was a dream. Enter the $159 Faro Stealth AudioLink.

Sporty’s (the exclusive distributor of the AudioLink) worked closely with headset maker Faro Avionics for an easy way to add Bluetooth connectivity to any aviation headset. We got our paws on one and prepared this field report.

You don’t have to fly with music in your ears to make good use of the AudioLink, although the device works just fine for piping tunes into the headset. Audio feature sets (alerts and reminders, to name a couple) are becoming an integral component of many aviation tablet apps, and your favorite app might be shortchanged without a means to play the audio. You could connect with an audio patch cable, but some headsets don’t even have the input, plus who wants another cable in the cabin? Not us. 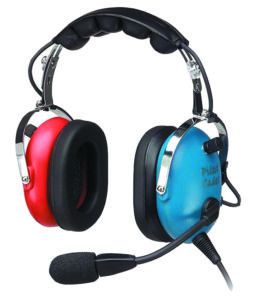 The AudioLink is essentially an inline adapter that plugs in between the headset and the aircraft audio jacks. The device is compatible with all aviation headsets with dual GA connectors. Simply plug your headset cables into the pigtails that come off the module, and then plug the other end of the module into the into mic and phone jacks. If you fly a helicopter, you can get creative and use a helicopter to GA adapter.

Think of the AudioLink as a standalone module much like you’d find on the typical noise-canceling headset. In fact it’s designed similarly to Faro’s module that’s part of its line of ANR headsets. It weighs 1 pound (part of that weight includes the cabling/adapter plugs) and measures 6.8 by 3.5 by 2.0 inches—almost the ideal size, in our estimation. The module houses two AA batteries, or you can plug it in to USB-C external power. There’s a 60-second auto-shutoff mode that can be disabled. 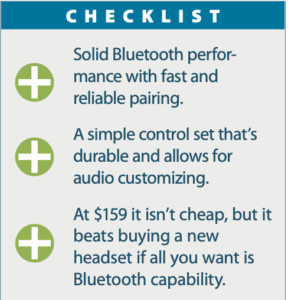 The unit does add some clutter because it adds a weighted extension to the headset’s cables. One slight nit is that we wish the module had a clip so you could secure it to the outside of a map pocket, or anchor it so it doesn’t dangle and stress the cable. There’s roughly 16 inches of cable to work with between the module and where it plugs into the aircraft’s audio jacks.

The AudioLink gets high marks for its simplicity. Let’s not over-think this. To switch the unit on or off, press the Power button for more than a second, and a flashing green status annunciator confirms that it’s powered by the batteries or steady green for USB-C power. It’s orange with a low battery and red when it’s dead. To switch on the Bluetooth, press the Bluetooth key for more than a second and a blue status annunciator confirms it’s on, or in pairing mode.

We linked the device with an Apple iPhone Xr and it initially paired up within 30 seconds. The module automatically connects with the last paired device, and if no connection is established within a few seconds it searches for new devices. It’s the familiar game of cat and mouse if you have two previously connected devices in proximity to the module as it will only connect to one at a time. Disable the Bluetooth on the one you don’t want to pair.

The side of the module has a dedicated volume control for whatever Bluetooth source is connected, and the initial connection is confirmed with an audible tone in the headset. For a Bluetooth audio quality test, we compared the module to the one on a Bose A20. With Ben Tankard’s Right Turn Ahead smooth jazz cut flowing, we gave the Bose an edge for high-fidelity quality. But through an old headset (we tried a passive David Clark) the Faro did just fine. There’s a user-adjustable Stereo/Mono switch inside the module.

Especially convenient is that the AudioLink has a headset audio volume control. The device also has a 3.5-mm auxiliary input jack (and the set is supplied with a cable) for patching in your wired audio. 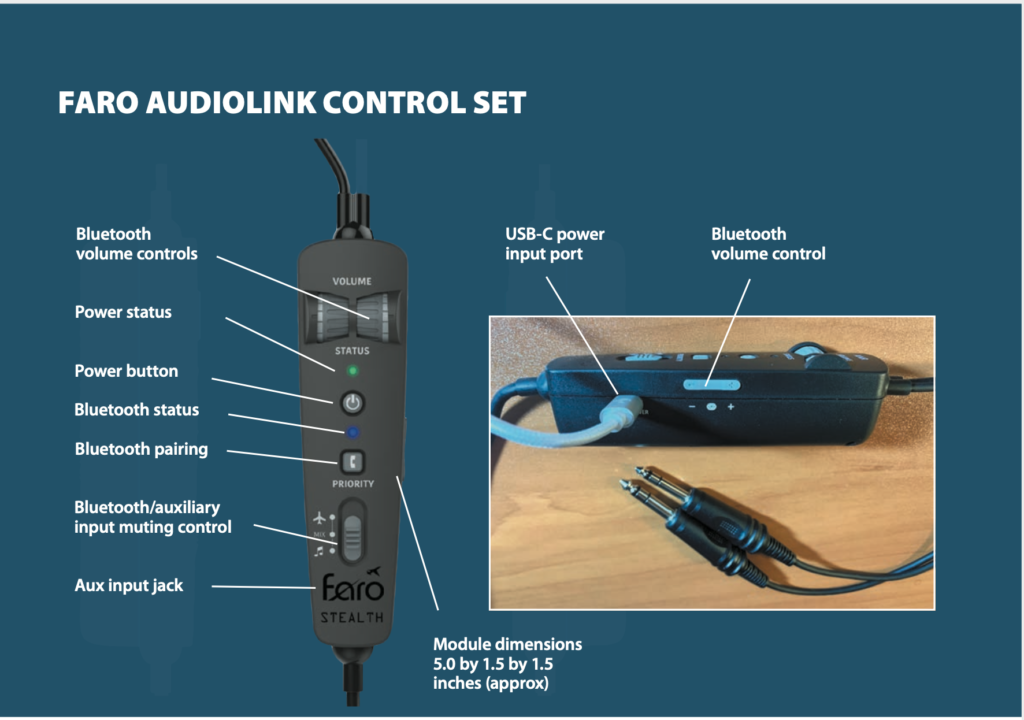 Between the well-proven support from Sporty’s and Faro, we have no problem recommending the AudioLink, based on our trial. For less than the price of a new headset, the AudioLink is an easy way to jumpstart aging and stark headsets, plus it works as advertised.