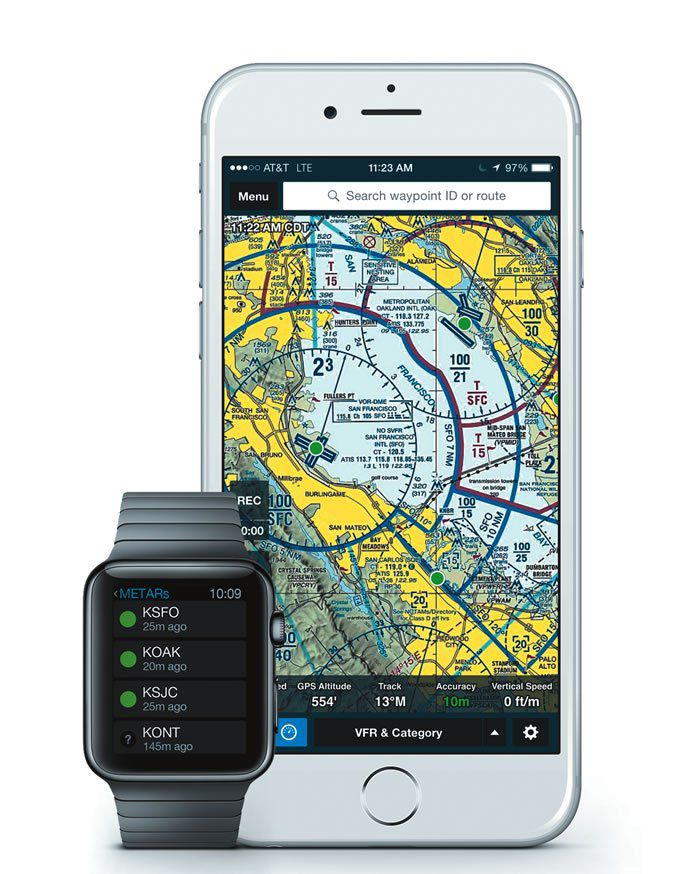 We’ve seen this before. First it was Garmin’s D2 pilot watch for interfacing with its Pilot tablet app and VIRB action camera. Then it was the Google Pebble watch, compatible with the Wing X Pro 7 app. Now ForeFlight introduces its own app interface for the Apple Watch.

While we like gadgets as much as the next flying geek, it’s tough to get excited about wearable technology in the cockpit. We aren’t alone because none of the aforementioned interfaces have been game-changing and doubt the ForeFlight/Apple Watch combo will be different. Still, ForeFlight’s Watch interface seems obligatory.

It was reported that the debut of Apple’s Watch was greeted with a lukewarm reception. This includes the Asian market, where previous iconic Apple product launches created widespread hysteria. Why? Our sense is that the typical consumer has reached gadget overload—perhaps Apple overload—something that’s also true in the cockpit. We’ll go out on a limb here and predict that the typical pilot would rather put the $400 toward an analog Breitling than on another Apple product. Moreover, you still need an iPhone 5 or later model phone to make the interface work, since all Apple Watch apps require tethering. For some pilots, we think there is enough gee-whiz factor to at least give it a try (it’s a complimentary function with a paid ForeFlight subscription). The interface affords at least some utility, although it’s greatly limited by the display.

ForeFlight Mobile for Apple Watch can display textual weather, including METAR data from the Appareo Stratus ADS-B receiver. It also displays GPS altitude, ground speed, distance to destination and other waypoint data. In our view, some of the more useful features include interactive timers (for nudging you to switch fuel tanks, for example) and route clearance notifications.

While Apple’s Watch has the Retina display technology found on the iPad, it is a small screen for aging eyes that struggle even with a full-sized iPad. ForeFlight’s Tyson Weihs told us he believes pilots will use a ForeFlight-enabled Watch more on the ground than in flight, but it can be useful for at-a-glance waypoint data. We agree with that, but we also don’t see it to be game-changing enough to run out and buy one for the cockpit.