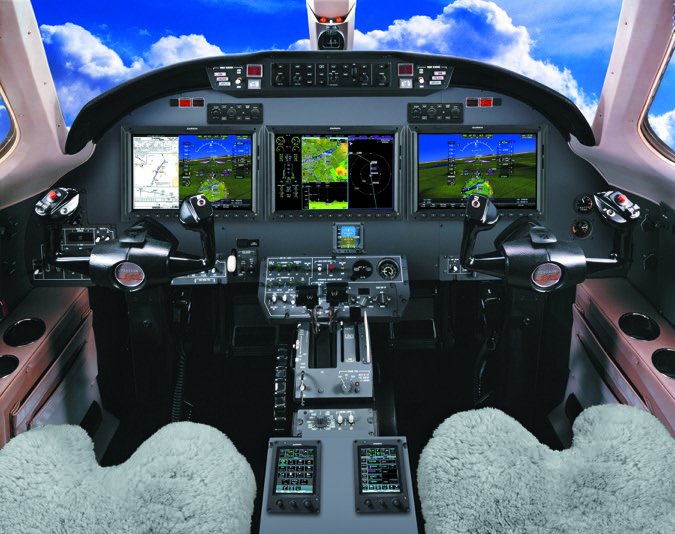 Garmin’s integrated cockpit retrofit program for turbines started with the G1000 for King Airs. That program commenced over ten years ago and according to Garmin’s Dave Brown, the company sells as many today as it did early in the project. To date there are over 600 G1000-converted King Airs in the field. It’s a complete transformation that now includes Garmin’s latest G1000 NXi with the GFC700 integrated autopilot, the latest weather radar, ADS-B and a variety of other functions that modernize even the oldest King Air.

Garmin expanded on the successful King Air program and targeted the Beechjet fleet with the retrofit of its G5000 integrated cockpit. Garmin’s latest STC project for jets includes the G5000 retrofit in Cessna Citation XL/XLS models. Like it was in the Beechjet (and the G1000 for King Airs), the G5000 for the Citation is a total transformation that essentially guts the airframe of the existing aging avionics, including the autopilot.

“Basically, you’ve got a good airframe that operators love, but the thing is these airplanes came out in the mid-1990s and are equipped with older and less capable avionics, to include CRT displays. Now everything has gone to LCD,” Brown described. With Garmin’s G5000 XL/XLS retrofit operators essentially get all the avionics they would in a brand-new airplane. The G5000 STC program it’s currently working on yields the same flight deck that’s in a new Citation X, Latitude, Longitude, Sovereign and sister product (the Garmin G3000) in smaller Citation CJ3+ and M2 light jets.

Climbing into the G5000 XLS cockpit it’s quickly apparent that Garmin worked hard to improve upon the ergonomics and overall layout of the flight deck. It starts with three 14-inch displays-pilot and copilot PFDs, plus an MFD. The screens (unlike the G1000, these are touchscreen) are so large in the Citation’s panel that the corners of the bezels are edged right to the end of the available structure. Lots of screen. The other thing Garmin has done is moved the autopilot control panel to the area previously occupied by the CAS (crew alerting system) just below the glareshield. The old autopilot was down in the center pedestal and not the most convenient location. Most all new jets and turboprops have the autopilot controller at the top of the panel for better ergos. Plus, in the XLS that opens the center pedestal for the two color touchscreen controllers that serve a variety of functions, including data entry for the G5000 suite.

In addition to displaying Garmin’s SVT synthetic vision and angle-of-attack data, the G5000 enables a split-screen presentation. That’s a big utility in a crewed jet because the pilot can split the center MFD for the data he wants and the copilot can do the same on the other side of the display. A single key on the pilots’ touch controller in the pedestal allows each pilot to also split their PFD. Maybe they want engine data (or traffic, weather, terrain) on one side and primary flight data on the other side of the screen.

As you would expect, the G5000 allows for sizable amounts of redundancy and reversionary capability. If you lost any screen, one of the other displays acts as reversionary. Additionally, the G5000 has backup for the touch controllers should they fail. These are mechanical control heads mounted on the instrument that also command the displays. Worth mentioning is the G5000’s touch controllers have a feature set and logic that is similar to Garmin’s GTN-series navigators, including familiar icons and menu structure. You’ll load and activate procedures and build flight plans much like you do in the GTN retrofit navigators.

As modern as the suite is, Garmin is the first to admit that pursuing the G5000 STC won’t be worth it for all aging jets. Like any STC, it looks at fleet size and considers the amount of time it will take to earn certification. It certainly doesn’t happen overnight. The time-consuming and expensive G5000 STC for the XL/XLS seems worth it given the number of available aircraft. According to Dave Brown, there are over 700 of them in the field.

“This takes years, especially since we’re also certifying a new autopilot system along with the rest of the suite,” Brown told me. The reason for swapping out the old autopilot isn’t necessarily because it’s a poor performer. Instead it has more to do with system compatibility. Understand that although the G5000 has an external autopilot controller at the top of the panel, the system is deeply integrated with the G5000 architecture as a whole. Garmin said there’s no easy ability to tie into another manufacturer’s autopilot. On a project of this size, this makes sense because you’ll ultimately start with a clean slate-essentially zero-timing the entire suite of avionics much like you do with engines.

When deciding which aging jets it will pursue for an STC of this magnitude, Garmin also looks at obsolescence and the overall value of the aircraft. In the case of the G5000 retrofit, owners will be making an investment that’s likely north of $600,000 and will require sizable amounts of downtime.

“I think you really look at what you’ll have at the end of the project and compare the aircraft to a new one equally equipped, you’ll find that you are so many dollars ahead,” he said. Brown pointed out that the XLS-with its serviceability, standup cabin, resale value and overall popularity-makes the G5000 STC effort for it a no-brainer.

Of course major avionics work like a G5000 retrofit generally isn’t the only upgrade operators may invest in. In the case of the Beechjet market, I’ve found that owners are making other improvements including upgraded interior, paint and winglets, to name a few.

Brown noted that the STC process for the Citation XLS started nearly two years ago. The aircraft you see pictured here is currently in the flight testing phase, but it’s taken huge amounts of effort and engineering just to get there. Installing the hardware in the panel and in the avionics bays is the easy part. It’s what goes on behind the scenes that buyers don’t realize.

Spend even a short amount of time around Garmin engineers and flight test pilots and you’ll quickly hear the phrase HIRF (high intensity radio frequency) and lightning testing. In its engineering lab Garmin has a chamber dedicated to HIRF and lightning analysis.

“We build up an entire harness and connect all of the components in the system, put it into the chamber and then zap it with high levels of RF. If anything leaks into a connector we go back and rework it to make it resistant to RF interference,” Brown described. The same can be said for lightning testing. These components have to be able to sustain a lightning strike and huge amounts of testing is conducted before the system is certified.

There’s a benefit to having the ability to conduct this high-level testing. A lot of the testing that’s done to its higher-end products like the G5000 for jets ultimately trickles down to products for smaller aircraft, including some of the non-TSO products Garmin has earned an STC on. There’s also system safety analysis where if a given component fails, what are the other things that will fail down the chain? Once the failure analysis is complete, it’s off to the flight test phase where engineers tweak autopilot gains and other airframe-specific parameters. We’re talking months, if not longer, to perfect.

At press time, Garmin is within weeks of earning the XLS STC.

Click here to see a video of the G5000 for jets at http://tinyurl.com/ 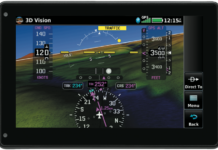 Garmin aera 760: Not an iPad Killer 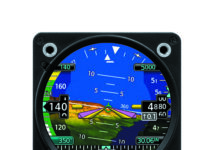 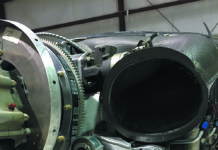 Supercharger Redux: Not for Everyone