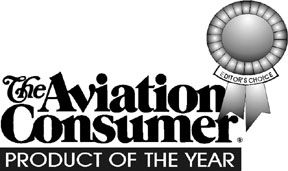 Over the course of the typical editorial year, we examine and test lots of aviation products and services. We like to think were the professional shoppers of aviation journalism and we have the VISA statements to back up the claim. (By the way, if you think manufacturers give us the stuff we try out, youre mistaken. We either buy it or borrow and return it.)

Our holy grail is to pit one product against another-or sometimes a bunch of others-and decide which ones come out on top so you, the reader and the buyer, can make an intelligent purchasing decision. Because we accept no commercial advertising, were quite comfortable with warts-and-all evaluations and if a product doesnt measure up, well tell you so.

Frankly, these days, not many products fail to deliver on their advertised claims. Competition is too fierce for any company to dare float a product that just doesnt work but its clear to us that some work better than others and some are defintely better values than others. And thats the focus of the next few pages of this months issue.

What follows is our annual round-up of what we think are the best products and services weve seen during the last year, with an eye toward innovation, quality and value.

COMPANY OF THE YEAR: GAMI/TAT/APS
From time to time, our top editorial award goes not just to a product but to a company which we think best represents the ideal way of doing business in the rough-and-tumble world of general aviation, where making a buck is sometimes like squeezing water out of a rock. Its difficult to do it at all, never mind do it well.

One organization that we think sets a laudable standard is really two companies under the same roof: General Aviation Modifications, Inc. and Tornado Alley Turbo. GAMI, of course, is best known for its line of balanced fuel injectors (GAMIjectors) which tame the rumbles and burps in fuel-injected engines and pay for themselves by making workaday aircraft powerplants smoother and more economical.

As we reported in the April, 2004 issue of Aviation Consumer, Tornado Alley Turbo, which shares the same Ada, Oklahoma hangar with GAMI, builds well-engineered turbonomalization systems that we consider state-of-art. Although expensive, TATs products deliver impressive performance and customers rave about them.

But thats not the driving reason we have picked GAMI/TAT as our company of the year. Knowledge is the real reason. George Braly, the engineering prime mover at GAMI/TAT, has done more to advance the understanding of how aircraft engines convert fuel into power than anyone we know. Heretofore, that knowledge either didnt exist or was too closely held by the engine manufactuters to be of use to pilots and owners.

Through the Advanced Pilots Seminar programs, another GAMI-allied organization formed along with John Deakin and Walter Atkinson, this knowledge has now been placed on the table for all to see; think of it as direct pipeline into one of the most sophisticated engine research facilities on the planet.

Although not everyone agrees with GAMIs engine operating doctrine, we think thats really beside the point. The companys research has made the information plainly available without prejudice; anyone can judge its merit. And in our view, that merit is considerable and well deserving of our company of the year award.

BEST DATLINK: WXWORX/XM RADIO
Airborne weather-chiefly timely NEXAD imagery-has become a much-sought-after technology, as well it should be. When youre contemplating circumnavigating the squall line from hell, the more big picture information you can get, the better.

After the predictable shakeout of this emerging technology, we think the best value out there is the XM Radio-based portable from WxWorx. And with more affordable pricing ahead, it will soon get even better. Contact WxWorx at www.wxworx.com or 321-751-9202.

BEST BARGAIN IN GPS: LOWRANCE 500
As we reported in the May 2004 issue of Aviation Consumer, the inflation-adjusted price of portable GPS has actually been declining while the capabilities of these pocket navigators have been increasing. Still, it takes most of $1000 to buy a decent portable GPS.

Kudos this month to Lowrance for recognizing that theres a place for a capable, easy-to-use portable at the lower end of the price spectrum. We reviewed the AirMap 500 in the November, 2003 issue and found it to be an excellent value at under $500. If you dont want or need color but just a basic navigator for back-up or putting around in a taildragger, this one is a good choice. Contact www.lowrance.com or 800-324-1356.

When we put batteries through their paces in our January 2004 issue, we found a hands-down winner in the AGM batteries made by Concorde. For essentially the same cost, they deliver more power than the equivalent Gill models and the company proved knowledgeable and helpful in sorting out technical issues. Contact www.concordebattery.com or 626-813-1234.

BEST AFFORDABLE MFD: BENDIX/KING KMD250
Color multi-function displays are rapidly becoming standard equipment for even modest avionics upgrades, but not every owner can afford one nor can all pilots use the advanced capabilities of something like an Avidyne EX500. Wouldnt something more modest do?

It would and it our view, the Bendix/King KMD250 fills the bill. At $3999, its affordable but it has simple operating logic and a long list of available sensor inputs. Kudos to Bendix/King for attending to the needs of owners of modest means. Contact www.bendixking.com or 877-712-2386.

BEST BARGAIN HEADSET: LIGHTSPEED QFR
The headset market in general-and the noise canceling segment in particular-is saturated with choices, so much so that buyers often dont know where to begin. But we do. We began by testing most of the popular headsets under $500 and the standout performer was the LightSPEED QFR.

The QFR is light, performs well and sells for $339, a first-rate value, in our estimation. The QFRs audio quality isnt quite the equal of more expensive headsets but the ANR certainly is. Contact LightSPEED at www.anrheadsets.com or 503-968-3113.

BEST RADAR UPGRADE: AVIDYNE EX500
Stop. Dont even think about fixing that crappy radar indicator in your old twin. Junk the thing and buy Avidynes EX500 multi-function display which, in our view, is the most cost-effective of the MFDs because of its flexibility when onboard radar must be integrated. At $11,995 base price for a radar-capable EX500, this box leads the way in bringing radar technology into the 21st century.

We think Avidyne deserves a tip of the editorial hat for its attention to the niche radar indicator market. No other company has done as well. Contact Avidyne at www.avidyne.com or 800-284-3963.

MOST ECONOMICAL AIRPLANE: DIAMOND DA40
Many aircraft owners have adopted a head-in-the-sand approach to avgas prices. Maybe theyll come down again this fall. We dont think so; its time to seriously consider more economical aircraft. In the DA40 TDI, Diamond Aircraft already has.

Diamond got right out there with the Thielert Centurion 1.7-powered diesel powerplant and although this airplane isnt available in the U.S. yet, rising gas prices may make it a player. While the diesel DA40 is a bit slower than the gasoline version, early experience indicates its much cheaper to operate. Contact Diamond at www.diamondair.com or 519-457-4000.

BEST CYLINDERS: ECI NEW MANUFACTURE
Next to buying the airplane itself, an engine overhaul is the biggest roll of the dice that any owner makes. And just as clothes make the man, cylinders make the overhaul. In an increasingly competitive market, our recent reader survey indicates that Engine Components, Inc. makes the more durable cylinders for most overhauls, with Superior finishing a close second.

Eight of 10 ECI customers told us they would buy the companys cylinders again, if given the choice. Yes, were aware of the irony. In this issue youll find a story detailing an AD requiring recall of the some 2000 ECI cylinders. But as Lycoming did with its crankshafts, ECI stepped up to bat and took care of the problem and weve heard no complaints about the recall effort. Contact ECI at www.eci2fly.com or 800-324-2359.

BEST TIRE: GOODYEAR FLIGHT CUSTOM III
Just because a thing is expensive, doesnt mean its the best or even good, in our experience. On the other hand, sometimes pricey products deliver the best value and thats certainly the case with the Goodyear Flight Custom III.Our extensive testing of tires-see the June 2004 issue of Aviation Consumer-showed that this top-of-line tire has more tread than any other new tire and a low enough wear rate to justify its high price. The tire easily breezed through our torturous landing and skid trials, remaining servicible throughout. Contact www.goodyearaviation.com or 330-796-0720.

BEST BUDGET TRAFFIC NAG: PROXALERT R5
This gadget came at us from out of the blue and wowed us with its performance. Budget traffic alerters have limitations because of antenna placement, receiver design and software; thats why they dont cost $20,000. But at $1045, the ProxAlert R5 costs a fraction the price of panel-mounted gear and we found that it delivers excellent performance with accurate range and relative altitude information.

No traffic alerters in this price range will see every target, of course, but we found that the ProxAlert sees the majority of threat airplanes and ranks them according to relative distance. Contact ProxAlert at www.proxalert.com or 602-992-3120.

BEST ENGINEERED THING: GARMIN G1000
Were not quite ready to rank the emerging primary flight display technology; its still too developmental and weve been equally impressed with products from Garmin, Avidyne and Chelton. However, weve invented a new category for Garmins G1000: the best engineered thing weve ever seen.

For pilots and owners, PFDs may seem like a mere extension of your office PC but those in the know understand how complex this technology is and the stakes are quite high if it isnt gotten entirely right. In the G1000 PFD, Garmin has pulled together a skillful combination of innovation, cutting-edge engineering and ergonomics. Despite the fact that itll be a long time before you can retrofit one to an older airplane-if that happens at all-the G1000 is a technical masterpiece. Contact Garmin at www.garmin.com or 800-800-1020.

BEST AIRCRAFT WAX: SUPER GLOSS SUPREME
There are what…a gazillion aircraft waxes and polishes out there? And we know you dont have time to try them all. But we do. Of the lot, we like Super Gloss Supreme Top Gun, sold by Aircraft Spruce and Specialty. It goes on easily and buffs up to a nice luster. Contact www.aircraftspruce.com or 877-477-7823.