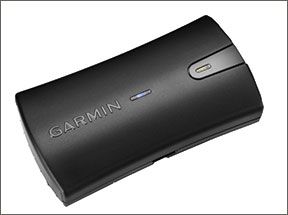 The performance of the internal GPS in Apple’s iPad can be hit or miss when used in many aircraft cabins. Some earlier flavors of the iPad don’t have GPS at all. For apps that offer navigation, you’ll need to ensure an uninterrupted GPS position fix. A remote GPS is the answer.

We collected four of the most popular lower-cost external GPS receivers and put them to the test. Here’s how they performed.

Why You Need These
Apple’s built-in Location Services allows location-dependent apps to use position information derived from cellular, Wi-Fi and GPS. Apple calls this Assisted GPS. Obviously, there will be times when none of these position sources are available. Cellular coverage may be available at some altitudes, but it’s hardly a reliablesource for the fix that’s required for most mapping apps.

Moreover, even iPad 2 and higher models with Wi-Fi, 3G cellular capability and internal GPS with Glonass have proven less than reliable for use inside of the cabin—requiring long periods of time to acquire a fix, while experiencing signal dropout. If you use the device as a kneeboard—where it’s sitting low, performance will likely be worse than when it’s mounted next to a window.

Our Evaluation
We used the units with Apple’s new iPad mini and with a first generation iPad—observing make or break performance characteristics, including ease of Bluetooth pairing and connectivity between the receiver and iPad, plus battery endurance. We used each receiver to feed position to several aviation apps, including ForeFlight Mobile, Jeppesen FD, AOPA FlyQ and Garmin Pilot.

The acid test for a remote GPS receiver is its ability to provide seamless connection when switching apps on the fly. The other requirement is quick signal lock-on and the receivers’ ability to maintain adequate signal strength to keep the app moving.

We used the receivers in a Beech, a Piper and in a high-wing Cessna. For times when Wi-Fi might not be available, we observed the performance indoors—by a window, and inside a vehicle. The good news is that all of the units we evaluated provided rock-solid GPS position.

How you use your iPad might determine which receiver you buy. If the iPad will be passed around the cabin, you’ll want a Bluetooth receiver.

Garmin GLO
Based on specs alone—and a $99 retail price, we think the GLO is a solid value. It’s a good performer, too. That’s because it receives both the U.S. GPS Constellation and the Russian GLONASS system, both of which have 24 satellites in orbit.

According to Garmin, this gives GLO a 20-second faster lock-on compared to a GPS-only receiver. The position updating is 10 times per second and 10 times faster than the GPS receivers used in most consumer electronics. We can attest to this claim—the unit never lost lock in any of our test aircraft, including one with a heated windshield.

The availability of all the satellites in view can only help its performance. In our view, this helps ensure solid navigation on consumer portables with marginal GPS performance.

The GLO can be placed in a rubber housing, which acts like a suction cup, but only on smooth surfaces. This pad-like mount worked on most flat and smooth surfaces but didn’t grip well to a contoured glareshield. In fact, after fighting with the unit’s mediocre anti-skid mount, we ended up laying it on a seat. Even down low, the reliable GPS receiver never lost lock.

Out of the mount, the receiver is small—3 inches by 1.5 inches—and it’ll drop right into a jacket pocket. Once we forgot it was there, until it automatically connected to the iPad while setting up another unit in the cockpit. We kept it under cover to see if it would lock on and sure enough, it did.

In flight, the GLO didn’t disappoint—maintaining lock, no matter where we placed it in the cabin.

The GLO uses a rechargeable lithium-ion battery which Garmin says will power the unit for 12 hours. Plug it into a computer USB or external power for charging.

Dual Xgps150a
The $99 Dual unit is endorsed by Apple, for working with all models of the iPad, iPod touch and iPhone. It’s also compatible with Android devices, using a switch on the side of the case for selecting the appropriate operating system.

The new A-series model replaces the original XGPS150. It comes with an improved cigarette lighter adapter that handles higher input voltages up to 30 volts, while providing 2.1 amps of current. The benefit here is its ability to handle 28-volt electrical buses. When it’s not plugged in, a fully charged battery has a reported 8.5 hours of endurance and recharges in 2.5 hours by USB.

The Dual—housed in a 2.5 x 0.75- inch case, uses a 65-channel SkyTraq GPS engine, which has an advertised location acquisition time of 30 seconds or less—performance we can attest to. It locked on well before we were ready to start an engine.

What impressed us was the Dual GPS status app. The program tells you everything you would want to know about the unit’s status, including GPS signal, accuracy, battery level, connectivity and a nifty pictoral of your present location on earth.

The unit comes with a non-skid rubber mounting pad, which performed well. It ended up in our lap once while in turbulence, but the day was exceptionally bumpy.

Also included is an arm strap for taking it along for sporting activities. We took the receiver hiking in the woods and while paired to an iPod, it maintained reasonable signal.

During our evaluation, the Dual wouldn’t work with Jeppesen’s Mobile HD app. Despite having solid GPS lock and Bluetooth connection with an iPad 2, we couldn’t use it for position on Jeppesen’s map. We reported the issue to Jeppesen and they’re looking into it. The unit worked fine with ForeFlight and with all of the other apps we used during our trials.

Bad Elf
The $130 Bad Elf GPS connects directly into the 30-pin connector on the iPad, iPhone and iPod touch. It’s a no-hassle device with just one wart—it’s susceptible to breaking off at the connector. For careless pilots who toss a full-sized iPad around the cabin—us included—the 30-pin connector may prove vulnerable to breakage. We preferred it paired with a iPad mini, but that has its challenges, too. That’s because the mini doesn’t use the familiar 30-pin port. Instead, you’ll need to plug the Bad Elf into the Lightning pigtail adapter, which then dangles the receiver a few inches off the device. For a fixed-mounted mini, it’s not a real issue, but we found it awkward when handling it.

The 66-channel WAAS receiver is roughly the size of a quarter and has an LED status lamp, which lights if there’s an app that’s using the current location fix. Position lock-on was fast—under a minute inside the aircraft, no matter where we put it. Configuring Bad Elf products is simple once you download the Bad Elf firmware. Bluetooth connectivity is reliable and seamless.

The newly-introduced, $180 Bad Elf GPS-2200 Pro is both a GPS receiver and a datalogger, with a GPS reporting rate of 10 times per second. Its water-resistant case—which measures 3 x 2.4 x 0.7 inches and weighs 3.2 ounces—is designed to hang around the neck, which we found convenient in the cockpit and for taking it on the go. In Bad Elf tradition, setup is easy and GPS performance was exceptional.

Speaking of exceptional, that’s how we describe the unit’s battery endurance. It offers nearly 17 hours of life when in Bluetooth mode and upward of 32 hours when used as a standalone datalogger.

We struggled, however, with its LCD screen in certain lighting conditions. The backlighting helps, but we wish it were brighter. The display shows your location, speed, heading, altitude and GPS lock-on status.

The Elf GPS Pro can be used by up to five devices simultaneously—connecting to any combination of  iPads, iPhones or iPod touch devices. In our view, this is a huge convenience for both crewed and passenger-carrying missions.

Datalogging is accomplished by pressing the GPS button on the left side of the unit, which serves double-duty as a position marker. At the end of the flight, the logged data can be transferred from the Bad Elf app via email and through social media, including Facebook and Twitter.

Dollars and sense
Buying a 3G-equipped iPad 2 or mini in hopes of better GPS-assist performance doesn’t make sense for cockpit use, in our view. 3G capability adds $130 to the base price. We think the money is better spent on any of the dedicated receivers covered here.

Since you’ll have to choose, we like the compact design of Bad Elf plug-in GPS but didn’t like the awkward Lightning adapter cable that’s required for the iPad mini. It just got in the way.

The lanyard design of the Bluetooth Elf GPS Pro impresses with long battery life and solid GPS performance, with GPS tracking and data logging capability as a bonus. It also has a distinct advantage­ over the others, since it can drive multiple devices in the cabin.

In the end, we favor the Garmin GLO because of its flawless GPS performance—thanks to the added GLONASS capability. It’s also priced right. Bad Elf is currently working on a new unit with GLONASS. We’ll look at it in a future issue.