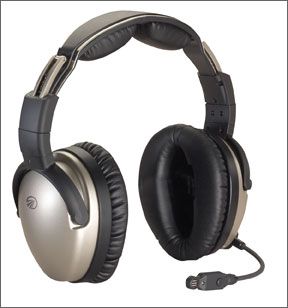 Bose created the first aviation noise-canceling headset and has always held the title of “Best Performer.” Many manufacturers have challenged the champ, but nobody has equaled Bose performance and comfort, although some have improved the features and value. Now, LightSPEED, with a reputation for solid-performing economical headsets, has introduced the Zulu that, while not clearly superior, may well be preferable to many buyers.

LightSPEED has clearly targeted the Bose X with the Zulu. Sound quality is as good or better and the Zulu clearly surpasses the Bose with features. The Zulu is also in the Boses price stratum, although still about 15 percent less. They even look somewhat similar. Of note to some pilots is that the Zulus mic is not reversible – the mic is always on the left when youre properly wearing the headset. The Bose mic is reversible, but requires a screwdriver to do so. The Bose is a TSOd headset; the Zulu is not. But this is of little significance to the GA pilot.

able to test the Zulu in a sound lab for this review; instead our review is based on extensive personal use. Weve used a Bose as our personal headset for years and

have now used the Zulu for over 100 hours of mixed flying.

When first putting on the Zulu, we noted that it still has some of that hollow, can-over-the-ears feeling common in LightSPEED headsets. The Zulu feels heavier than the Bose and it clamps harder. The increased clamping force is mitigated a bit by a soft ear pad, but is still noticeable. Plus, the headband is narrower and after a while that top-of-the-head pressure point can become bothersome. The optional taller pad is a bit firmer and exacerbates the pressure point.

The comfort advantage goes to the Bose, but to put this in perspective, we were willing to use the Zulu for consecutive 10-hour days with just a little more ear- and head-rubbing than the Bose.

Without power, the Zulu sounds rather muffled. We dont see this as an issue most of the time (whos going to spend $850 for an ANR headset and not use the ANR?) but if you forget spare batteries, the headset is useable, but not ideal. Both headsets give good life from two AAs, but in the Zulu they are much easier to change than the frustratingly tight fit in the Bose. By contrast, the sound quality of the Bose is nearly the same with ANR on or off.

Once you turn on the Zulus ANR circuitry, youre rewarded with blessed quiet and superb sound quality, just like the Bose. The higher clamping force and cranked-up ANR earns the Zulu the title of quietest headset. Extra ANR gain might occasionally cause feedback or low-frequency oscillation if the Zulu isnt positioned correctly on your head. Weve never wished for more noise reduction in our Bose and we have to ask if the extra quiet in the Zulu is worth the price in comfort. Our experience suggests its not for a cabin-class twin. If you fly an open-cockpit Stearman, however, get the Zulu.

LightSPEED has built a host of useful features into the Zulu that Bose has neglected to date. The Zulu sports Bluetooth, with the hands-free profile for use with a cell phone and the A2DP profile for listening to stereo music. Many of us use cell phones in the airplane to check weather, get clearances, manage flight plans, or just to call for a ride. The Zulu allows you to do so in the quiet comfort of a top-notch ANR headset instead of struggling over the din of the engine with just your cell phone. We couldnt get the last-number redial or voice dialing to work with two headsets and different cellphones, although LightSPEED claims they work fine. This was, in our opinion, a bit of a spoiler to an otherwise useful feature.

The A2DP profile is for high-quality, stereo music from a Bluetooth-capable music source. Theres also a standard mini-jack (3.5 mm) on the Zulus control box for a wired music source. Whether your music is wired or Bluetooth, the Zulu has a mute function that reduces the volume of that audio in the presence of aircraft audio. We found that the fixed threshold for muting the music is set a bit high. Slightly weaker radio calls wont always mute the music.

The left-right isolation provided by binaural (a.k.a., stereo) headphones can produce a misplaced apparent sound image. On the Zulus music inputs, LightSPEED has added selectable signal processing called “Front Row Center” that simulates the more proper sound image you get from stereo speakers in a moderately reflective room. It produces an interesting effect that we think some folks will like. The Zulu also offers selectable base boost and treble boost.

The Zulu has an additional, interesting feature called noise gating. Like squelch quiets a receiver until a signal exceeds the squelch level, Zulus noise gating sets a threshold below which the incoming audio is silenced. Most folks wont use this feature, but if your audio panel or radios are a bit noisy or if youre flying an aircraft whose intercom doesnt have its own squelch, this might be a godsend. Unfortunately, like the music mute, we found the fixed threshold was set high and some softer radio signals didnt exceed the noise gate and were simply silenced.

We like the feature set of the Zulu and are tempted to replace our Bose X. However, wed rather wait for LightSPEED to fix the few shortcomings. While the Zulu isnt quite as comfortable, its still comfortable and overall its sound performance is quite comparable to the Bose; maybe even better. The lower price and additional features make a compelling product.

Our wish-list for LightSPEED is to broaden the headband and head pad, reduce the clamping force and lower the music-mute and noise-gate thresholds (or better yet, make them adjustable). With those in the mix, wed happily declare a new champ.

an Aviation Consumer contributing editor. He lives in California and flies a Cessna 340.