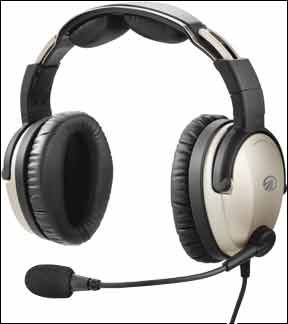 For years, Lightspeeds Zulu was our favorite headset for its winning combination of comfort, quiet and features, like Bluetooth cellphone connectivity. Last year, at Oshkosh AirVenture, Bose leapt into the 21st century with their new A20, improving their ANR and comfort, as well as adding Bluetooth for cell phones and a jack for external audio.

We tried an A20 at Airventure, on the long ride home and beyond. Our verdict was that head-to-head, we preferred the Bose, but werent sure it was worth the $200 price delta.

Lightspeed has updated the Zulu with improved systems, a slightly changed look and a price they tell us will be “slightly higher than the current Zulu.” The model name is simply the “NEW Zulu,” and will phase out the current version. Big changes are 20-percent less clamping pressure, a new ANR system touting better clarity and less white noise, a new mic that also cuts background noise, and improvements to Lightspeeds Front-Row Center system for music.

We took a demo version of the new Zulu for flights side-by-side with the original version and a Bose A20. Because our demo Zulu was packed into the same earcups as the old version, we were able to do some blind testing with volunteer pilots. We didnt mention any of the differences before the test. Three of the six told us they couldnt tell the difference, but the other three correctly identified the new Zulu with some confidence. The big giveaway was apparently the clamping force, which all three interpreted as feeling lighter than the old Zulu.

Interestingly though, all six pilots felt the Bose A20 was a bit quieter or had a “more surrounding quiet.” We agree. The best way we can describe it is that we think they are about equally quiet, but where the Zulu sounds like flying in a really quiet airplane, the Bose A20 sounds like sitting in a quiet room with someone piping in a bit of airplane noise. We felt the Bose had more clamping pressure and was more sensitive to a poor ear seal. Thick sunglasses could be more of an issue with the Bose. The new Zulu mic did seem crisper than the old one, but practically speaking, we dont see this making a big difference.

Music quality has always been a strong suit of the Zulu and the new version builds on this. The Bose is excellent, but sitting in the office listening to Martin Hayes playing Irish reels on the new Zulu was like wearing professional recording headphones. It was even good when listening to music via Bluetooth. Working a day at the desk wearing the headset is a good test for long-haul comfort and the new Zulu is, in our opinion, the most comfortable over-the-ear headset weve worn.

That said, both the A20 and the new Zulu are a treat to wear, and noise-cancelling technology has gotten so good that trying to hear which headset is quieter is like trying to count hairs on an inchworm. Your preference for sound and fit will be the biggest factor in how happy youll be with a Zulu versus an A20.

Features may make a difference. Were fans of the sidetone on the Bose cell phone connection, which lets you hear your own voice while talking. We also like that one A20 can be used with both Lemo plugs and standard jacks, and that the cord can be attached to either earcup. The Zulu can use cable or Bluetooth for both phone and music, where the Bose is Bluetooth for phone and cable for music. The Zulu also has separate volume controls for auxiliary sound and intercom audio.

Has our A20 versus Zulu opinion changed? Not really. As we said in the September 2010 review of the A20, if the two headsets were sitting on the table and we were going out flying, wed grab the Bose. If we had to cough up the cash, wed probably buy a Zulu. Because we dont know the exact price for the new Zulu yet, that math might change. But if you regularly fly for many hours at a stretch or are a stickler for studio-level music, the new Zulu might sway you anyway.