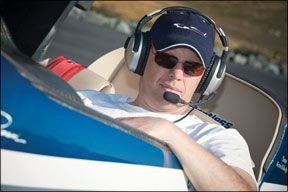 One thing from our survey was crystal clear: Most pilots love their current headset. An astounding 90 percent of the over 900 pilots who answered our survey considered their headset to be a good value after using it in the field for some time. Considering the majority of respondents had their headset for more than four years, thats saying something.

When asked if, knowing what they know now, would they go out and buy the same

headset again, 86 percent said they would. Several of the “no” votes were just because they wanted to upgrade to active noise reduction (ANR), Bluetooth or a cell phone interface.

Such rosy-cheeked satisfaction isnt what we usually see on these surveys. Does it mean youll be happy with whatever you buy? Hardly.

Performance is largely in the eye of the beholder. If theres one takeaway from this survey, its that the best headset for you depends on your mission, your wallet and, most importantly, your head.

We put the top ANR headsets head-to-head in an exhaustive test in the July 2007 issue of Aviation Consumer. The Bose Headset X was the winner then and was also the most popular headset in the survey, with 28 percent of respondents owning at least one of them. The biggest rave about Bose: comfort.

Bose seems to have clamping pressure just right, and we saw many comments like, “Other headsets Ive had made my head hurt after a long day of use but not the Bose X. I bought it in 1998 when it first came out and couldnt be happier with it.”

Bose customer service was generally well-regarded, but we saw some complaints that repairs were too expensive. Durability was OK, but the Bose X doesnt hold up to rough-handling as some other models. That said, one report came from a missionary pilot logging eight-hour days in tropical conditions. After 750 hours of this, his Bose was still working great.

Bose earcups are smaller than average and may not fit well if you have big lobes. We also had a split in pilots with noisy cockpits. The Bose did well with low rumbles of warbirds, but not so well with the high-pitched engines of some homebuilts. No

ANR headset does well with wind noise of an open cockpit or window and the Bose is no exception. Comments also reinforced our test cell findings last year that passive noise-attenuation-how it works with dead batteries-is poor. The Bose retails for $995.

Lightspeed faired well in our 2007 tests, but that was before the new Zulu model, which our April 2008 issue rated as even-up with Bose. The 40 readers using the Zulu agree the Zulu is a home run.

New Zulu users were attracted by the music inputs and Bluetooth interface for cellphones. “Bose, please take note,” said one respondent, “I love the Bluetooth interface on the Zulu and will not buy another headset without it.” Clamping forces are reported as slightly higher than the Bose, but sound quality was generally reported as better and passive noise cancellation is reported as comparable with some passive headsets-a plus if your batteries die. The Zulu sells for $850, less when trading in an earlier Lightspeed.

Lightspeeds older models came out as real values, too. “I use a Bose in another plane I fly. Its clearly superior [to the Lightspeed 25XL]. But its a $1000 headset versus a $400 headset. The Lightspeed is great value for the money.” Older Lightspeed models were about equally represented with no lemons noted.

Reader dings on Lightspeed headsets were in the fragility of some of the plastic parts on the XL series in extreme cold weather, and that the mic boom is a bit short for larger heads. Lightspeed customer service was lauded with superlatives like “outstanding,” “over-the-top” and “utterly marvelous.”

Solidly in second place were ANR headsets from Telex and Sennheiser. The models

represented were too disparate to clearly identify gems or lemons. Both these companies were noted for making durable products:

High-end Telex and Sennheiser models are $600-$800. Telexs Echelon 150 and Stratus 30 run about $300, and could be a good value if they fit you well and you expect the headset to take a beating in the field.

Strong showings for passive headsets also came from the Telex for its non-ANR Echelon and Lightspeeds QFR solo headsets. QFRs are also reported as uncomfortable after three hours.

Price points for these passive headsets run in the $200-300 range. With low-end ANR headsets from Lightspeed and Telex available at $375-425, wed think twice before investing in a passive unit for regular use, excepting open cockpits or window-open photo missions.

Dropping down a notch, we had several reports of happy users of headsets costing $150. Said one pilot “I bought two refurbished headsets from ASA for $75 each. Both look and perform like new, and both have a lifetime replacement warranty. They are so comfortable, I sometime wear them while mowing the yard and listen to air traffic with my portable NavCom.”

Avcomm headsets were popular, too, with few reported problems, good durability and competitive prices. Some of these passive headsets also have special features that might sway a buyer in specific cases. Avcomm models with built-in push to talk buttons or Softcomms line of childrens headsets are examples.

Stick it in Your Ear

We reviewed the major offerings for in-the-ear (INR) headsets back in August of 2006. These are headsets of a variety of designs that work more like earplugs with

audio inputs than earmuffs with speakers. Our top pick was Lightspeeds Mach 1, but the eight percent of our respondents who use INR headsets disagree.

The big selling points of INR were light weight, and the ability to don hats and sunglasses without worry. Tall pilots in headroom-challenged cockpits and pilots who do aerobatics also like them. Several comments noted that it takes longer to put these headsets on because you must get them just right in your ear. You can also get a custom ear mold for some that should improve audio quality and make them faster to don.

The highest overall praise was for Quiet Technologies Halo. Dr. Phil McCandless, the owner of Quiet Technologies, may be the reason as he pointed out that, “Success and failure of these [INR] headsets are based on fit.” Quiet Technologies essentially custom builds all its Halo headsets. The Halo sells for $359 (most custom work included) and can have an input for music but no cellphone interface.

Clarity Aloft got high praise as well. There are two Clarity Aloft models, the Classic for $525 and the Pro for $695. (The pro is lighter and has the mic come over the ear vs. under the ear. The Pro is also TSOd.) Said one pilot, “My old David Clarks are tough and capable, but they are sweat- and headache-inducing. The Clarity Aloft headset lets me concentrate on flying the plane. I couldnt give higher praise than that.”

Owners of the Mach 1 universally liked the headset, but we saw repeated comments that it didnt attenuate noise as well as over-the-ear headsets. “The Mach 1 is better suited to a quieter aircraft. Perhaps a business jet.”

We didnt see this comment universally with the Mach 1, so it may be an issue of fit in the ear. Interestingly, several Mach 1 users buy their foam tips from Clarity Aloft, saying they are much more comfortable and quieter than Lightspeeds foam tip. Lightspeed agrees that the Mach 1 isnt as quiet as any of their ANR headsets, and is much better at screening out high frequencies than low frequencies.

As we said at the beginning, your satisfaction will come down mostly to what fits you best and meets your flight mission.

If we had to single out one company for excellent offerings from the top-end to (almost) the bargain bin, it would be Lightspeed. But your need for extreme durability, super-low cost or specific features at a specific price may necessitate shopping elsewhere. You should take advantage of every money-back guarantee or loaned unit from a friend, and test booth at an airshow you can until you find your match.