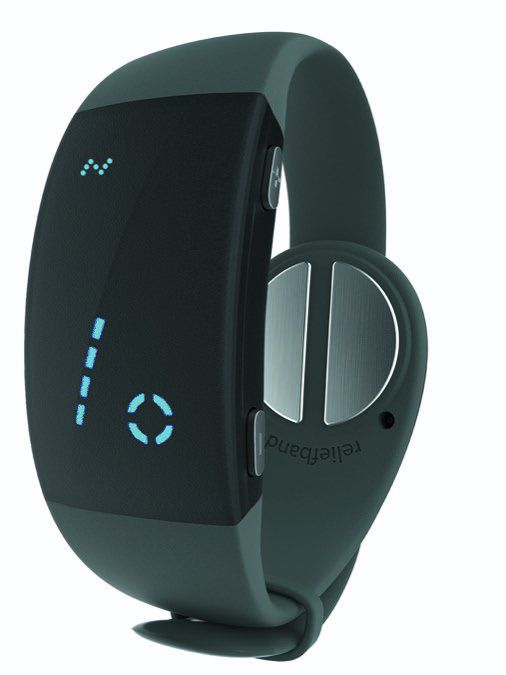 When we evaluated motion-sickness aids in the July 2017 issue of Aviation Consumer, we favored the Reliefband 1.5 wearable therapeutic neuromodulation device over other remedies. Most important is the device is easy to use and doesn’t cause side effects, other than potentially minor skin irritation around the area of the electrode. But we thought the Reliefband, which is worn like a wristwatch, had a dated design and a clinical look and feel.

Not A Fitness Tracker

But it looks like one and according to Reliefband, that’s intentional. For nervous passengers dealing with motion sickness, using a device that better fits a high-tech lifestyle might be better for the psyche, plus it’s stylish enough for wearing in any setting. Passengers who helped with our latest trial seem to prefer the new styling, comfort and a better fit, although one evaluator dinged it for being too large and pinching her petite wrist when putting it on.

Retaining Reliefband’s patented Neurowave technology, the model 2.0 has a J-shaped, latex-free sports watch-like rubber band that’s ultramodern compared to the older model 1.5, which has a thin fabric band. The old device is worn on the underside of the wrist, but the model 2.0’s sensor has hypoallergenic 316L surgical steel contacts built into the underside of the J-shaped smartband.

Note the image at the top of the page with the red arrow pointing to the sensor, which sits in the location of the median nerve at the P6 location on the underside of the wrist. Like the older device, the transmitted signals sooth nausea/vomiting by normalizing the messages within the central nervous system that travel from the brain to the stomach. According to Reliefband, the new sensor design not only increases wear comfort, but it also ensures a more efficient transmission of current to the median nerve.

The model 2.0 has a utilitarian feature set, a sunlight-readable LED display and two function keys. There’s a battery charge status indicator in the lower right of the display, a 10-setting intensity indicator in the center of the display and a therapy indicator at the top, which verifies the device is transmitting. The bottom bezel key is for power and the top one adjusts the intensity of the sensor’s output.

Battery life is good—approximately 17 hours when operating at the mid-intensity level. The device has a three-pin magnetic connector (yes, another oddball USB charging cable to add to your collection) and provides six hours of use after only a 15-minute charge. We found that convenient since we kept forgetting to charge it before going flying. The older model uses two CR2025 lithium batteries.

In our use, we found the device wouldn’t provide adequate therapy without coating the skin with conductivity gel—something we generally didn’t need to use with the previous model. Still, we think the 10-intensity therapy setting yields better results than the five-intensity older model.

The Reliefband 2.0 is priced at $174.99—a sizable increase from the older model 1.5, which is street priced at around $95 and still offered.