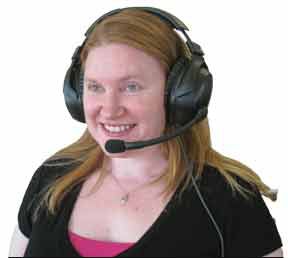 Active noise reduction (ANR) headsets are a terrific investment. But not everyone can afford the $400-$1100 to baby the ears of occasional riders. Sennheiser thinks they have a good solution in the passive (non-ANR) version of their S1 Digital headset.

We half agree, finding it an exceedingly comfortable headset, but only up to the challenge of cutting the noise in quieter cockpits.

Coddling Your Cranium
The S1 Passive inherited several features from the S1 Digital. The ear pads are thick, with a special “eyeglass zone” of extra pliant foam right where sunglass or eyeglass temples would pass under the earseals. Our experience was good even with thick sunglasses, but there is still some air leakage compared to no glasses at all.

The headset looks quite bulky, but it doesn’t feel excessive on the head. It’s a relatively light 13.8 ounces, and clamping force is adjustable at one of three settings. However, a lighter clamping force comes at the expense of noise deadening and without ANR, the S1 Passive doesn’t have much room to spare. Clamping feels light even at its tightest setting.

There’s a separate control box with volume sliders and two features not commonly offered in a passive headset. One is a jack for aux input from a portable music player or cell phone (sorry, no Bluetooth). The other is an easy switch to turn on and off automuting. Passengers usually don’t want their music interrupted every time ATC reminds you that you should really be at 10,000 feet. This gives them the option and control.

The aux input requires two AA batteries, and there’s an optional auto shutoff that powers it down whenever the intercom is turned off. If the batteries die, the headset works fine, but there’s no aux music.

Only So Quiet
Our first test of the S1 Passive was in the relatively noisy cockpit of a Cirrus SR22. We lasted about 20 minutes before we gave up.

The S1 simply wasn’t up to the task. Cockpit audio was understandable, but the background noise was high. This became especially evident when we played some music—we had to crank the volume up so loud to just hear the music, the audio started distorting. The S1 Passive won’t let you cross 110 dB on audio, but we must have been close. It’s not even enough headset for occasional passengers, in our view.

A second test was in the relatively forgiving cockpit of a Cessna 172 SP, whose 2400 RPM engine cruise is low on noise and vibration. Here the S1 Passive was adequate. You’d never confuse it with ANR, but a couple of hours would have passed easily without a migraine. Music in the lower-noise environment was acceptably good without requiring ear-numbing volume. Imagine cranking up the tunes in an entry-level Hyundai on the highway. If you want a true audiophile experience, you’ll need ANR.

A Good Alternative
We think pilots deserve ANR. It’s worth the $400 for a basic ANR headset even for the weekend flier. It’s worth the $850-$1000 for a really good headset if you spend many hours a month in the air, We think the $369 S1 Passive would make a good choice for passengers in quieter singles or cabin-class twins where comfort on the head is critical, personal music or phone is a nice plus, and they won’t be exposed to the rumble and whine of the skies day in and day out.