When we last rounded up portable comm transceivers, we found a favorite with Icom’s A25C. In fact we liked it so much we bought one and tossed it in the long-term test pool to see how it would stand up—and we’re not gentle.

Shortly thereafter, Sporty’s came out with its PJ2 transceiver. We liked it so much that we crowned it a winner in the July 2020 issue’s Gear of the Year Editor’s Choice awards. Almost a year and half later the PJ2 has survived well in the test pool, side by side with the Icom.

Since we’ve gotten lots of requests for advice on which of these models to buy (for backup and as primary), we prepared a side-by-side comparison, with some advice for picking one that might suit you better. 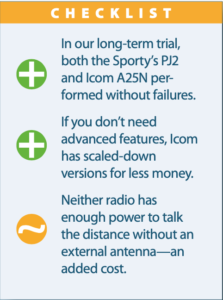 For many of us, a handheld comm radio is the last resort when the electrics or primary radio quits. That means selecting a radio that you can operate under high workload and high-stress situations. We’ve been there—using a portable radio to get back on the ground after an alternator failure. There’s no time to be fumbling with a deep menu structure. You want to plug in your headset (no, it’s not easy listening over its small speaker in a piston cabin), turn it on, key the frequency and start talking.

The other thing to think about is battery power. If the radio is a permanent fixture in the airplane’s map pocket or in the bottom of the flight bag, a rechargeable battery isn’t the best choice. There’s a chance the battery will be flat when you need the radio the most. That’s why we favor AA alkaline power. Keep a spare set in the airplane or the flight bag.

The other consideration is whether you want a radio with a VHF nav receiver. Before most of us flew with tablets running our favorite navigation apps, transceivers with nav capability had sizable utility in emergencies; these days, not so much. Think about it—if you rarely navigate with VORs on your panel radios, will you actually ever do it with a portable radio?

Let’s look at these top picks, focusing on features and specs. 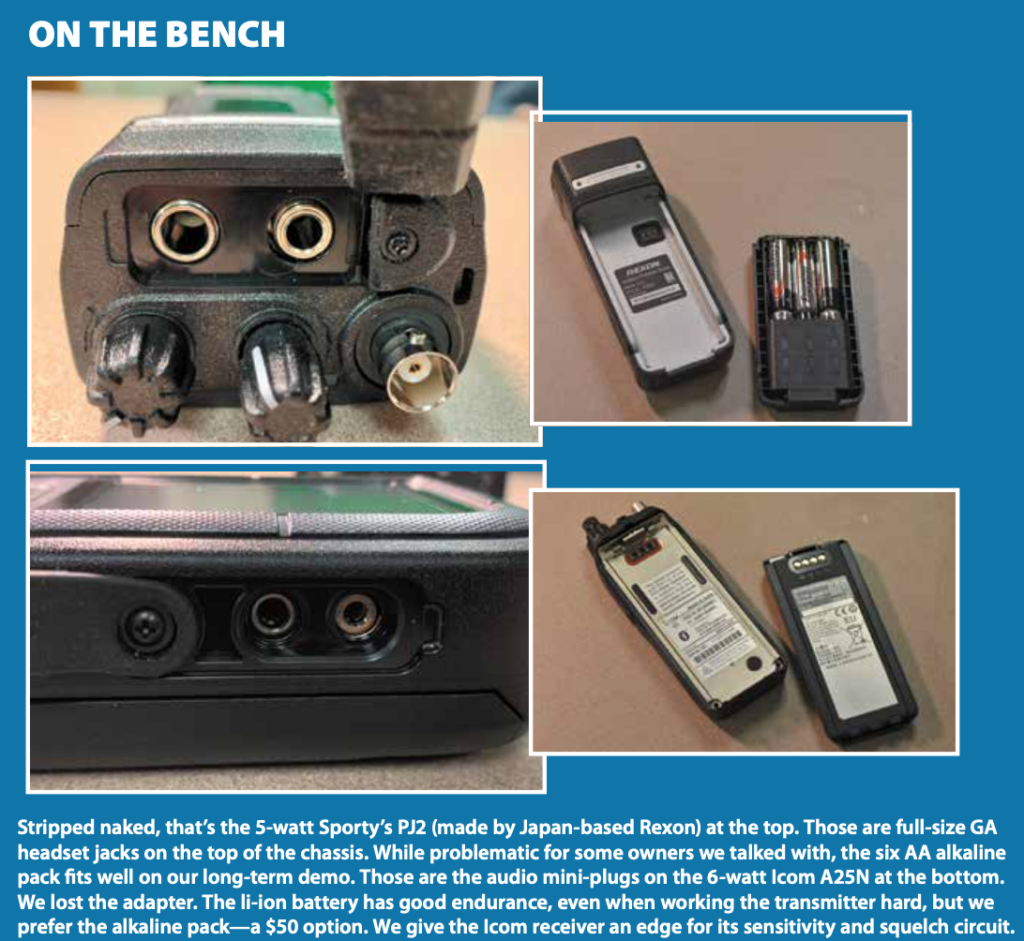 The flagship Icom portable is the A25N, which replaced the successful A22—a radio that we would still use if not for sourcing an affordable replacement battery pack. We’ll say up front that the A25N has far more features than we use, something we suspected was the case when we first reviewed it. Others we polled felt the same way, unanimously dissing the Icom’s VOR (no ILS) receiver. The Icom does have GPS/GLONASS, but the ground-based nav capability is a step back in time, in our view. Better would be a database-fed navigator for on-the-fly direct-to GPS nav. The Sporty’s PJ2 has no navigation capability.

“Who needs a VOR on a handheld? I’ll get on the ground with my ForeFlight and a good portable comm,” said one turboprop pilot. He flies with a comm-only Icom, boasting of decent performance.

Icom boosted the transmit power in its current radios to 6 watts—up from 5 watts on the older-gen portables. Every watt of power counts because when radiating through the portable whip antenna, you’ll never talk as far as you can with a panel radio with nearly twice the power and connected to an external antenna.

If you want to get serious about talking from long ranges you’ll need an external antenna. For simple airplanes, that might be easy to do when the airplane is opened up for work. The $200 Comant CI-122 bent whip is a top pick. It’s designed for the belly and has a 350-knot speed rating. Route the coaxial antenna cable into a side pocket or wherever you plan to keep the radio. Both radios have a standard BNC antenna connection.

Portables can’t be too big or too small, and the A25N is 2.3 by 5.8 by 1.3 inches. That’s big enough to not get lost in a flight bag, or finger fumble the keypad—both considerations for frazzled emergency use.

For preflighting and strutting around the field, the Icom feels at home in the back pocket. (Belt clips are geeky, even at airshows.) It weighs 13.6 ounces with the rechargeable lithium-ion battery and whip antenna attached. In our hands it feels solid—edging the Sporty’s PJ2 in perceived durability, and in case design. Still, after hard use we couldn’t break either radio. Wing-slides to the ground, drops from the seat and a Powerade spill on the Icom’s keys—still working.

The Icom’s menu structure is big, but we think it’s easy to navigate through it with the rocker keys on the bezel. No, there’s no touchscreen on any pedestrian aviation transceiver. We haven’t mastered the menus fully—after almost two years of use—and that’s proof we don’t use everything that’s packed into the rig. That includes the VHF nav receiver and the bare-bones wireless flight plan transfer feature. It connects via Bluetooth with Icom’s RS-AERO1 tablet app for importing flight plans.

On the bench, the A25N has an efficient transmitter and power supply, drawing 1.8 amps of current while keying it throughout the duty cycle. Ultimately that means a realistic battery endurance of around five hours, more or less depending on how often you talk on it. It has a battery status indicator so at least you know roughly when it will go dead. Remember, rechargeables have a fast drop-off at the bottom end of the charge. Another score for  alkalines.

Best case, it shouldn’t matter. With so many panels equipped with USB power, we wished the radio had a USB power input for external juice. The PJ2 has it, and it’s a huge utility if you need to plug in a power bank on the fly. Is the Icom showing its age after just a few years’ production run? Maybe.

For plugging in a headset, the Icom comes with a headset adapter—an accessory that will probably get misplaced at some point, probably when you need it the most. The pigtail shrinks standard GFA mic and phone plugs to the radio’s mini-input jacks. With the Sporty’s, plug the headset directly to the radio—full-size jacks on the top of the radio’s bezel.

The Icom’s large 2.3-inch LCD screen has a day and night mode. Hit with bright sunlight it does reasonably well and it’s easy to crank down for a dark cockpit. There’s also a contrast adjustment that’s easy to tweak.

The PJ2 is a bigger rig, standing 2.3 by 6.0 by 1.6 inches without the antenna. There is plenty of display area. We squawked about the PJ2’s display readability when we used it in bright Florida sun. There are brightness and contrast adjustments for wide range of settings, but our eyes like the Icom’s better.

Feature for feature, the flagship Icom has it all over the Sporty’s PJ2, including VHF navigation. But simplicity is why the PJ2 could be more practical for some. Its feature set is exactly what Sporty’s wanted. The radio seems to have just enough features that buyers might expect, even for the low price. It will store up to 20 frequencies and has a last-frequency flip-flop (handy when the radio is used as a primary). It also has NOAA’s weather channels, the standard on handhelds these days.

The Icom has GPS, but don’t look for topo or map data on the A25N’s display—it’s not that advanced. The display shows estimated time enroute, speed over the ground, distance to destination and display range. It also stores waypoints in memory and saves transferred flight plans previously built on the app and sent over via Bluetooth, plus you can edit and delete them in the radio’s Manage FPL menu. Again, with better utility available in even the most basic navigation apps, I wonder how many users even bother with the Icom’s.

The Sporty’s PJ2 has no Bluetooth, but we’re not sure it needs it.

In fact, we’re not sure any portable radio needs Bluetooth (it sucks precious battery life), and you’ll plug a headset in for phone audio anyway.

Before dropping almost $500 (with the optional $50 AA battery pack) for the flagship Icom A25N, don’t overlook the defeatured A25C. It’s a version with a comm receiver only, but street priced at $409. We say put the difference into the AA battery pack and do without the nav.

Knowing what we know now about how we use the A25N, we would think hard about the Icom A16. At $249 it’s a significant savings, but has the same 6-watt transmitter, a smaller stature, a 1500-mW loudspeaker and a large-capacity battery pack with an advertised 17-hour endurance, without transmitting. There’s a $299 version with Bluetooth, but it has a roundabout Bluetooth pairing menu. We say skip it.

Sporty’s still sells the ILS-equipped SP-400, and the couple that we have still floating around in the test pool perform well. But it’s getting long in the tooth and we suspect there may be a replacement in the works.

We haven’t changed our minds, and have no problem recommending Icom or Sporty’s, but still favor the PJ2 for its direct headset plug-in, the USB-C input, AA battery pack and stone-simple feature set. Its $199 price is fair, and Sporty’s has proved it knows how to support and improve on the product line.

Our advice is the same as it is for avionics headsets: Try them all before buying. Work the menus, press the buttons and see how it feels in the hand. 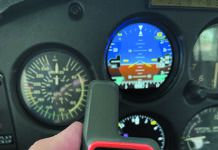 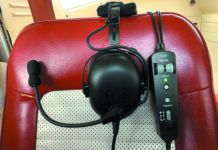 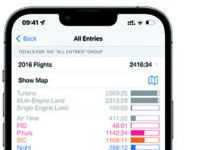