In gliders, ultralights, gyrocopters and even some classic LSAs, some of the mainstream ADS-B Out/In combination solutions may not be practical from an installation (and cost) standpoint. In many aircraft, space is limited, on and off the panel.

uAvionix, the company that’s had sizable success with the wingtip and tail-mounted skyBeacon/tailBeacon ADS-B solutions, has a diverse product line. Since the company has roots deep in the UAV market, the products are built for tight spaces. 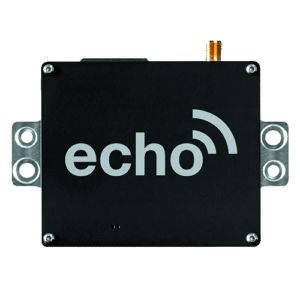 One system is the echoUAT, a remotely mounted ADS-B Out and In transceiver that outputs on 978 MHz UAT, has a wireless interface for displaying traffic and weather on tablets running ForeFlight and other third-party apps, plus is designed to work in interfaces that have legacy transponders. The installation covers a variety of third-party models, including the Sandel STX-165, Garmin GTX 327, Apollo SL70 and King KT76A. It will even work with an old Narco unit, but make sure it’s healthy before retaining it in the ADS-B interface. The uAvionix power transcoder keeps the ADS-B transmissions and transponder squawk codes synchronized so there’s no need for a dedicated ADS-B control head. 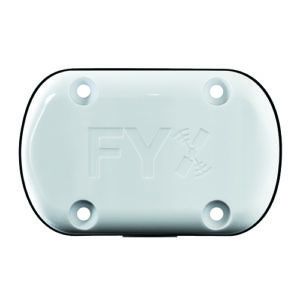 The interface starts with the uAvionix SkyFYX antenna, which has a built-in WAAS GNSS sensor and RAIM processor. It’s worthy for ADS-B position sourcing and meets FAA 91.227 performance criteria for rule airspace.

uAvionix said the receiver is resilient against jamming, spoofing and GPS range errors. It weighs 100 grams and measures 2.0 by 3.5 by 0.78 inches—small enough to mount in a wide variety of locations—and it’s secured by four mounting screws.

The other piece of the interface is the echoUAT ADS-B receiver. It weighs 60 grams and measures 2.1 by 2.9 by 0.74 inches. In addition to the skyFYX receiver, it’s also compatible with Garmin’s GNS 430W/530W and GTN-series navigators, Avidyne IFD-series navigators, plus Dynon and GRT receivers, and has an RS-232 serial com interface.

The echoUAT transmits on the 978 MHz UAT frequency, so it’s not a solution for flying above 18,000 feet. The ADS-B receiver is dual link (978 MHz and 1090 MHz) and has built-in Wi-Fi for broadcasting traffic and weather to a variety of apps, including ForeFlight, Seattle Avionics FlyQ, Wing X and FltPlan Go. It also works with a variety of experimental EFIS, including Dynon and GRT Avionics. There’s no AHRS, so it can’t be used to drive most synthetic vision utilities. Setup and configuration is accomplished with the uAvionix Echo App running on an iOS or Android phone or tablet.

The echoUAT is $999 and the SkyFYX receiver is $500. We spotted several retailers bundling the two for $1450. Neither component has an STC, so they’re off-limits to Part 23 certified aircraft without FAA approval. Visit www.uavionix.com.

See other mandate-compliant solutions in the ADS-B Buyer’s Guide starting on the next page.

The skyFYX-EXT antenna, left, has built-in WAAS and drives the echoUAT ADS-B transceiver. The setup works with ForeFlight and others, but without AHRS, it won’t display synthetic vision as shown.

Still not ADS-B Out equipped? While you’re eyeballing the product list above, remember that our advice hasn’t changed. If the aircraft needs an ADS-B Out installation, the first system to evaluate is the existing transponder. There’s no sense in installing a standalone ADS-B system now only to spend a couple thousand dollars on a transponder install later. If there’s any doubt, have your shop bench test the transponder to determine if it’s a long-term keeper. If it’s not, a transponder-based solution is likely the best choice. Although we’re well past the January 2020 ADS-B mandate date, shops we talked with around the country are still backlogged with installations. We’re also told that customers might expect priority scheduling if an ADS-B installation also includes other upgrades. Maybe it’s time to pull the trigger on a PFD or GPS navigator upgrade, while also saving some money while the aircraft is opened up.