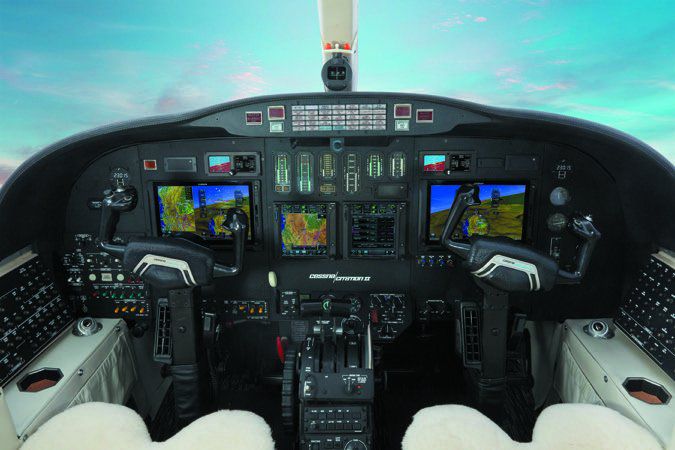 It’s no surprise that the U.S. fleet of GA turbines will fall short of the upcoming ADS-B equipage mandate. At press time, 70 percent of small jets and turboprops comply. Some call this the forgotten part of the market-the category between pistons and mid- to large-size bizjets and airliners. And if you’re ready to pull the trigger on the purchase of a small step-up turbine that isn’t ADS-B equipped, you’ll have a problem flying in the ADS-B airspace in a couple of months.

There’s no shortage of equipment. When we scanned the market we found that there’s a solution for just about every small turbine out there. Garmin and FreeFlight have been concentrating on this market for years and both offer the most comprehensive solutions, and there are others.

But since the market procrastinated, finding a shop to put the equipment in is the real dilemma, just as it is in the piston market. For jets and turboprops it’s worse, since installations might take longer.Here’s a look at what you’ll be faced with when adding ADS-B to what we’ll call step-up turbines.

Just about all ADS-B solutions for jets and turboprops include transponder work, and in many cases a GPS upgrade. If the aircraft has a TCAS II traffic system, it will require a transponder with diversity, which has dual (top and bottom) antennas. In most cases the existing L-band transponder antennas can be used, which avoids at least some interior and cabin disassembly.

But if the aircraft doesn’t have an appropriate WAAS position source-and some vintage jets don’t-the solution will have to include a WAAS engine and the installation of a GPS antenna. Since that antenna will likely require drilling through the pressure bulkhead for mounting, additional FAA engineering approval is needed. That could cost thousands, on top of the job. Welcome to the world of turbines. But the good news for the rest of the installation is that regulatory approval should be the easy part. There are plenty of STCs in place for installation without having to go through the FAA field approval process. It’s no surprise that Garmin has the most, so let’s look at Garmin’s offerings first.

Garmin’s GTX 345 ADS-B transponder is as dominant in the Part 25 turbine world as it is for piston applications, based on the shops we talk with. Eyeballing the STC approval list and the interface potential is proof. Garmin smartly added an interconnect protocol to these units so that they can be controlled with or without a Garmin display, solving a problem in turbine airplanes still equipped with old avionics.

The $5000 GTX 345 and remote GTX 345R have built-in WAAS GPS, ADS-B Out and In, plus a Bluetooth interface for streaming weather and traffic to tablets running Garmin Pilot and ForeFlight. For jets that have TCAS II traffic systems, Garmin’s remote GTX 3000 transponder has the required diversity circuitry.

If you’re in the market for a used Cessna Citation that needs ADS-B, there are plenty of solutions and shops have been aggressive in earning STC approvals for installation. Columbia Avionics and Aircraft Services in Connecticut (www.columbiaavionics.com) is the STC holder for the panel-mounted GTX 345 (and non-Bluetooth GTX 335) for the Cessna Citation I, I/SP, II, S/II, Bravo, V, Ultra, Encore and Excel/XLS. The STC also includes interfacing with Garmin GTN-series retrofit navigators for displaying traffic and weather.

For aircraft that have dual Collins TDR-90 transponders, for example, a typical ADS-B upgrade could otherwise soar above $80,000-and that’s just to get ADS-B Out. The STC for this interface essentially reduced the price to under $50,000 using dual Garmin GTX units, which also solves the WAAS GPS position source dilemma since they’re GPS equipped. The Gables control head can fit onto the existing transponder controller cutouts without having to do a lot of metal work.

Another popular interface for Citation models (including the Citation II/SII and Citation IV) comes from Jettech (and some other approved Garmin dealers) and it includes installing dual G700 TXi touchscreen displays to replace the old screens. It also installs Garmin GTN-series navigators in the panel, adding LPV approach capability.

Worth mentioning is you don’t necessarily have to go to the STC holder to have the work done. Other shops can purchase the rights to the approved data. Contact www.garmin.com for a full list of STC approvals and install centers.

Texas-based FreeFlight Systems was an early player in ADS-B tech with one of the first certified UAT solutions, and eventually focused on solutions for airline applications. It recently reworked the UAT-based Rangr product (taking out the 978 MHz transmitter), while retaining the ADS-B GPS position source and the ADS-B In receiver and paired it with dual 1090ES ADS-B Out remote transponders.

The target market for this solution, which is around $16,000 for the equipment, are aircraft with legacy transponders that simply aren’t cost-effective to upgrade, including the Collins TDR-90. Aircraft examples include legacy King Air, Cessna Conquest and Piper Cheyenne twin turboprop models. Worth mentioning is the FreeFlight transponders don’t have diversity, so they won’t work with TCAS II traffic systems.

But the FreeFlight transponders do work with 2 1/4-inch round control heads made by Trig Avionics, which could make them an easy replacement for the old ones with limited panel rework.

Since the Rangr module has ADS-B In, there’s a wireless traffic and weather interface for a wide variety of tablet apps, except Garmin Pilot.

For interfaces that require a mandate-approved position source (and lots of legacy jets and turboprops lack the capability), FreeFlight has the 1201C SBAS/GNSS standalone GPS receiver, plus the 1203C version, which meets the position source requirements for RNP (Required Navigation Performance) ops. Both receivers have TSO-C145c certification. Contact www.freeflightsystems.com.

This company doesn’t get the market exposure of others, but it does have a worthy ADS-B transponder solution for TCAS II-equipped aircraft with the Prime Line BXT6500 remote transponder. The transponder has an ARINC 429 interface for EFIS displays and also an ARINC 718 databus for connecting with some standalone control heads.

We like that the BXT6500 has antenna diversity as standard, but there’s also a single-antenna version for non-TCAS aircraft. The transponder also takes input from the FreeFlight model 1203C SBAS/GNSS sensor for position source (it doesn’t have built-in GPS). Contact www.beckerusa.com.

The company has been offering a fairly easy solution for Cessna Citation 525/525A and Citation Bravo models that were delivered with and still have the Honeywell CNI-5000 radio suite. The upgrade includes two BendixKing KT-74 digital ADS-B Out transponders that slide into the existing CNI-5000 radio rack. The upgrade also includes a new panel overlay to match the transponders.

The KT-74 Mode S transponder has been around for years and it still requires an external WAAS GPS position source. To do that, part of the CNI-5000 upgrade includes the BendixKing KGX-150 remote WAAS GPS system with ADS-B In receiver. There’s also an optional Wi-Fi adapter for sending traffic and weather out of the KGX-150 into a tablet. Keep in mind your shop will need to install another L-Band antenna on the aircraft for the ADS-B In function to work with the KGX-150. The price for the CNI-5000 upgrade including the Wi-Fi adapter is $21,872, plus installation. Contact www.bendixking.com.

At press time, Avidyne announced a new product aimed at legacy jets that haven’t seen an avionics upgrade in years, and it can serve double duty in a new ADS-B interface. The Atlas flight management system is a standalone Dzus-mounted box that’s designed to mount in the pedestal, replacing older FMS units that don’t have a WAAS position source. It’s as modern as it gets and far more than a WAAS GPS receiver.

Based on Avidyne’s IFD-series panel navigators, the Atlas is a Satellite-based Augmentation System (SBAS) GPS navigator with Required Navigation Performance (RNP) and Area Navigation (RNAV) capability, including Localizer Performance with Vertical Guidance (LPV), Lateral Navigation/Vertical Navigation (LNAV/VNAV), LNAV-only, and Approach Procedures with Vertical (APV) approach modes. The system has a full QWERTY keyboard, plus Avidyne’s unique page and tab/hybrid touchscreen user interface. The touchscreen also provides full color moving map and Jeppesen approach charts and airport diagrams, plus it can overlay satellite and ADS-B weather. There will also be an optional weather radar interface. Like the IFD navigators, there’s both Wi-Fi and Bluetooth built in.

Avidyne is currently working on STC approvals for the most popular turbine applications. The company has already penetrated this market with the IFD545 for pre-EFIS flight decks, and has configurations for Collins Pro Line 21 and Honeywell Primus-equipped airplanes.

An Atlas installation could be a worthy all-in-one (including ADS-B) solution for old jets that have an avionics bay full of old analog equipment because like the Avidyne IFD navigators, versions of the FMS will have comm (16 watts) and nav capability. This will save panel space and significantly reduce weight, while offering a big shot of modern tech to jets begging for an upgrade. Many of these jets have aging Collins Pro Line avionics that have become expensive to maintain, while support could dwindle in the coming years.

“Our hope is that you’ll be able to get two of these installed for well under $100,000, perhaps with a decent credit for removed equipment,” Avidyne’s Dan Schwinn told us. Given the proposed capability and applications, we think that’s fair for an aging jet. Contact www.avidyne.com.

Given the number of available approved solutions, we favor the products from both Garmin and FreeFlight, and how you choose will simply depend on your current configuration.

As for the installation, retrofitting a jet with ADS-B isn’t that difficult, but it could take longer than a typical piston. Garmin’s Bill Stone summed it up with accuracy.

“It’s just a big-old airplane and ADS-B for Part 25 applications really isn’t a big deal, but at this point finding a qualified shop to install it is a big deal,” Stone said. In a smaller piston you might avoid flying in ADS-B airspace while you wait for shop time, but that’ll be tough in a jet. 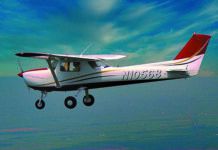 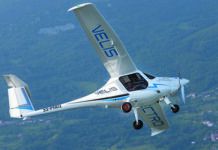