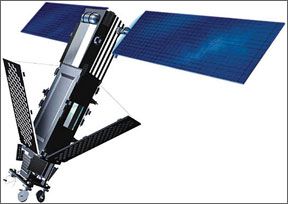 Five years ago, the hot buzzword in the popular press was “connectivity,” but now that Starbucks and even Wal-Mart have Wi-Fi hotspots, weve moved on-wireless and cellphone access is now assumed. Unless you happen to be in the cabin of a light aircraft.

At several junctures during the past decade, the inflight phone market looked like it would take off, making phone and wireless service affordable for the piston crowd. But the market remains iffy at the low end, the best bet being a satellite-based Iridium system piped into the aircraft audio system. Thanks to broadband Wi-Fi, more choices are on the way, but for now, heres an overview of how to make a call from a light aircraft.

Back when the earth was cooling, Bendix/Kings KT96 Flight Phone was the rather limited only choice.You picked up the handset and a ground-based operator routed your call. It worked-barely-and it proved the market for airborne phones, which really didnt advance much until 1991, when Texas-based AirCell developed a network of cell sites dedicated to aircraft use. AirCells idea was to use the growing infrastructure of terrestrial cell sites for both ground and airborne use from aircraft.

After a protracted legal struggle with the cellphone industry, AirCell finally got off the ground around 2000 with a line of equipment that included a large remote processor, equally awkward antennas and conventional handsets for the actual call. For a time, AirCell was ascendant and both the technology and service quality improved.

But like so many technological trial balloons, AirCells basic idea has been displaced by the next big thing and now the company is knee-deep in developing a wireless broadband system that might, once again, break open the market for airborne phone use. But for now, the choices in equipment for making calls on the fly are minimal, if reliable.

To Motorola in 1990, the future of wireless phones appeared to be in satellite systems, so it invested nearly $5 billion in Iridium, a low-earth orbit network. From the never-saw-it-coming file, cheap terrestrial cell technology did the system in by 1999. It was rescued from extinction in 2000 by a group of private investors who reorganized the company into Iridium Satellite, LLC, the Defense Department as Iridiums new bedrock client.

This was good news for some, not so good for others. AirCell read the handwriting, dropped its commitment to conventional ground-based cell technology and switched to Iridium, an utterly irritating decision to many of its customers. We recall a King Air operator who invested $15,000 in an AirCell system only to have it become obsolete less than two years later. The Iridium switchover forced many users to re-equip, but the tradeoff was better call quality. Since the 66 low-orbit satellites orbit every 90 minutes, phone and data coverage is reliable worldwide, which wasnt true with ground-based AirCell. Thus far, the Iridium network looks like the better way to communicate, with minimal dropped calls and no worries about coverage areas.

But it comes at a price. Iridium calls work out to about $1.50 per minute. Basic voice plans are usually purchased on a monthly basis. For instance, 55 minutes costs an average of $100 per month, plus a $50 activation charge. Additional

minutes are $1.45 each. You get a voice mailbox for missed calls as a standard feature. If you know youll be making regular calls, you can buy a prepaid calling card for $200 per month with 75 minutes. (See our chart on the opposite page for more details on service pricing.)

There are a couple of ways to access the Iridium network from an aircraft, with the least cumbersome way being a hard-mounted transceiver system. The AirCell ST3100 system uses a 5-pound 11-by-3.56-by-6-inch remote box mounted in an avionics bay or tail section. A 1600 MHz patch-style satellite antenna (the system operating frequency is 1616-1626.5 MHz) is mounted externally on the cabin roof.

In addition to voice capabilities in the air and on the ground, the ST3100 can handle narrowband data transfer as well as accessing Med-Aires Medlink in-flight emergency medical assistance and the Rockwell Collins Airshow network for in-flight entertainment. The ST3100 assists communication between the crew and passengers, with a cockpit-to-cabin intercom system as a bonus. There are various handset options to choose from, including cordless handsets, corded retractable handsets and handset cradles with RJ11/RJ45 input jacks for data connections.

Our experience with the AirCell equipment is that its rugged, heavy and worthy of any high-end application. But its also physically large and expensive. If you fly a cabin-class twin or large single, you can probably find room for it. But it will be a squeeze in smaller singles and light twins. The ST3100, with its basic patch antenna, could require an investment in the $25,000 range.

Maryland-based Sky Connect, LLC offers several options for accessing the Iridium network tailored to aircraft size. Their basic system is the Sky Connect Classic, which includes a remote transceiver, antenna and a Motorola handset. The remote transceiver has a similar footprint as AirCells ST3100, measuring 10.25 by 4.6 by 2.7 inches and weighing 3 pounds. We think using a handset in piston aircraft is a losing proposition given noise levels, but for the rear of a King Air or Cheyenne, its a reasonable choice.

The Sky Connect Executive model uses a cordless handset which is easy to pass around the cabin. It operates on 2.4 GHz digital spread spectrum that has a range of approximately 300 feet, so it can be used outside the aircraft when parked. The system still requires a remote processor and antenna, so it too will be challenge for a shop installing it.

The Sky Connect FlightDeck model uses a Dzus-mounted NAT control head/dialer and interfaces directly with the crew headsets through the aircraft audio system. Some audio panels have a telephone switched input or COM 3 position thats perfect for this system. Theres a sophisticated isolation feature between pilot and copilot, so one pilot can talk in privacy while the other is flying and minding the radio.

With volume and push-button key pads, all phone controls are accessed via the control head. Incoming calls are recognized by a ringing tone in the headsets. It also has push-button call muting for single-pilot operation when you really should be flying instead of gabbing on the phone. FlightDeck has options for flight tracking and data and fax functions, as well as interfacing with the Executive model in a cabin-class phone application. A digital-display control head made by NAT has large storage capability for phone numbers and names and text messaging is also an option.

The Blue Sky BSN installation package includes a TSOd antenna, approved coaxial cable, TNC/BNC bulkhead adapter and a quick-disconnect cable for the phone. With the VL1000J amplified headset adapter, you end up with a hands-free interface. The 2.25 by 2.75 inch audio interface adapter resembles a portable intercom and connects to aircraft audio jacks, standard aviation headsets and to the Motorola phone.

The module even has an input for a remote audio device for inputting entertainment. It operates on a 9-volt battery and has volume and squelch control. Theres an optional Motorola data kit, which transforms the phone into an internet modem through an adapter with serial cable. The Blue Sky interface can be expanded from cockpit to cabin, using a dual-channel antenna and redundant set of bulkhead cabling so passengers in the back can plug in.

This system connects to a combination GPS/Iridium antenna. Also available is a “flyaway” kit, adding portability for moving it from aircraft to aircraft. If position reporting and aircraft tracking fits your mission profile, this system is worth a look with equipment priced under $10,000.

Icarus Instruments/Sky Connect offers the SatTalk series of portable Iridium Motorola 9905 series phone and an external antenna. A DB-25 connector on the SatTalk audio controller allows interface through the aircraft audio system and connections through a portable intercom. You plug headsets into the audio controller or the system can be hardwired.

There are provisions for panel-mounted phone switching through a “quiet” switch, which allows control over the phone audio. Such installations will require FAA field approval and although the antenna carries a TSO, it could require additional approval on some aircraft.

For most owners, equipping a private aircraft with telephone capability will be an expensive extravagance. On the other hand, owners using light aircraft for business simply need the capability, regardless of cost. And if you need it, youll have to pay for it.

In our view, if you operate a King Air, Pilatus or other high-profile ride, installing the AirCell ST3100 or Sky Connect Classic with multiple handset options wont represent a high percentage of the aircraft total investment and thus will probably be affordable. If you fly a piston single or light twin and need to occasionally keep in touch with the office or the family, a semi-portable setup through Motorola/Blue Sky with an aviation audio jack appears to be the most affordable option for now. Icarus Instrument is also worth considering. Youll still need to have an antenna installed, which will ramp up the cost. We would suggest budgeting $10,000 to start.

But if youre like most owners, youll probably pass on the current technology in favor of other avionics, leaving phone calls for the ground. You could always wait for something better like broadband Wi-Fi, but dont expect it to be a cheaper alternative.