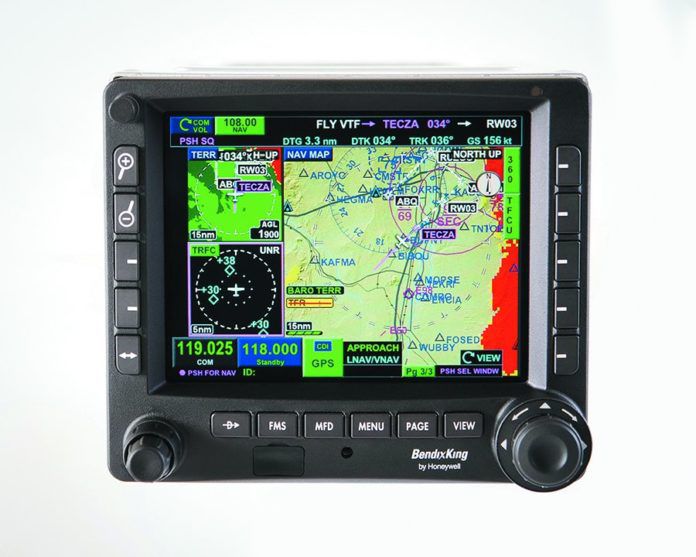 One unfortunate reality of long certification delays is taking a hit in market credibility. That’s how it went with Bendix King’s KSN770 retrofit GPS. It’s no secret that Bendix King left the market wondering about its ability to earn FAA certification on a product that should have been released years before its time, especially when a certification-savvy Aspen Avionics had its hands in the architecture.

Still, when we flew with the KSN770 in late 2013, we found a fully functional and capable navigator, seemingly catering to what’s left of King Radio loyalists. It has robust controls, has a bright VGA display and it has a rich feature set that’s compatible with a generous list of LRUs, including weather radar and TAWS-B terrain. Who knows why certification dragged on as long as it did?

To see what improvements and tweaks BendixKing has built into the system since our flight trial (you can read that in the October 2013 issue of Aviation Consumer), we put our hands on a fresh KSN770, putting a sharp eye on the functions that should matter in the current market, including ADS-B and third-party compatibility.

When we reviewed the KSN770 a few years ago, we struggled to define its dominant buyer, especially in a market dominated by Garmin. Since then, Avidyne has come on strong—and out of the ashes of certification delays itself—with its IFD540 and IFD440 navigators. This increased competition isn’t making things easier on the KSN770, especially since Avidyne’s systems are slide-in replacements for Garmin GNS navigators, or can be installed fresh.

On the other hand, the ship weather radar-capable KSN770 could have appeal to owners with panels still equipped with early 2000s-vintage Honeywell IHAS equipment. This includes the KMD540/740 MFD, KX155A navcom and KLN89B/KLN94-series standalone GPS navigators, plus the RDR2000-series radar.

For buyers only needing a GPS navigator/MFD, BendixKing offers the $11,500 KSN765, which doesn’t have VHF comm or nav functions.

With a bright 5.7-inch diagonal VGA screen, the KSN770 might also appeal to aging eyes. But, size isn’t the only matter, although the KSN is easier to wedge in a panel than Garmin’s GTN750. ADS-B and wireless connectivity top the list of buyer deman—technology in which Garmin has clearly taken the lead.

Since many major retrofits also include ADS-B add-ons, cross-brand compatibility and FIS-B weather overlay ability is a major consideration. In this department, we think the KSN770 still has lots of growing to do. Let’s iron that out.

It Can’t Do That Yet?

BendixKing had an ADS-B solution early on with its KT74 1090ES transponder, a unit built by Trig Avionics. But like many non-GPS-equipped ADS-B transponders, the KT74 requires an external GPS WAAS position to complete the interface, and the KSN770 completes the chain. Its GPS engine is an ADS-B mandate-compliant certified position source for both the KT74 and Trig’s TT31 transponder.

The KSN770 is also supposed to feed GPS position to BendixKing’s KGX130 UAT ADS-B transceiver, but we’ve heard of difficulties getting it to work in the field. One buyer told us his shop ended up installing the GPS-equipped flagship KGX150 UAT system (which requires the installation of an additional GPS antenna) as a last resort. BendixKing picked up the tab. As we go to press, it’s unclear whether that was a shop learning curve or a hardware problem, but we commend BendixKing for stepping up with a hardware upgrade to get the aircraft off the hangar floor.

BendixKing’s non-GPS KGX130 and KGX150 UAT transceivers are built by FreeFlight Systems, which FreeFlight sells as the RANGR series. FreeFlight also makes the Wi-Fi adapter, which BendixKing sells as the KGX150—the same nomenclature as the UAT box. This module is intended to transmit ADS-B data from the ADS-B receiver to an iPad or Android tablet.

That’s precisely what you’ll have to do in a KSN770 interface because the KSN770 isn’t yet approved to display ADS-B FIS-B weather data. That requires a separate TSO process, which we’re told is in the works.

If you have the KGX-series ADS-B transceiver and the Wi-Fi module, you can send the weather and traffic data to your iPad that’s running ForeFlight’s Mobil navigation app, in addition to Wing X Pro for iPad, plus ADS-B View, which is FreeFlight’s own app. There is also the Seattle Avionics FlyQ EFB, plus iFly GPS by Adventure Pilot.

One caveat: While FreeFlight told us the KGX hardware is fully functional with ForeFlight (it should know—it builds the hardware), ForeFlight wants readers to know that it has not tested the BendixKing hardware with its app. As far as we know, the only difference between the BendixKing and Freeflight units is the logo.

Displaying onscreen ADS-B traffic should be easy these days and the KSN770 will do it, but it won’t paint the targets in true ADS-B symbology. What you’ll see is a traffic target that’s coded in familiar TCAS-like circles and triangles. We don’t necessarily see this as a hands-down deal breaker, but buyers jumping feet-first into the world of ADS-B will likely expect to see a more complete onscreen ADS-B interface, in our view. That also includes FIS-B weather graphics, also missing. Until that’s resolved, users will have to settle for fee-based SiriusXM weather display, which the KSN770 nicely supports.

The KSN is compatible with the L-3 Skywatch active TAS and TCAS processors, plus the KGP560 TAWS-B terrain processor.

The FMS inside the KSN770 trickled down from Honeywell’s big-airplane Epic/Apex GUI, which is to say it’s capable, but not too advanced for inexperienced users. BendixKing pitches the KSN770 to both VFR and IFR missions and we think it strikes a good balance.

Single-point navigation is accomplished with an onscreen QWERTY keypad or you can scroll the database with the rotary joystick/cursor control device on the lower left bezel. We liked the split-screen feature set when we originally flew with the unit and like it even more now that BendixKing has tweaked the software some before it earned certification.

In true FMS logic, IFR users can create an entire flight plan from departure to approach, while accessing NACO-based electronic charting (including taxi diagrams, arrival and a departure procedures) provided by Seattle Avionics. Annual data subscriptions are $299 and are transferred to the KSN770 via thumb drive.

We particularly like the ability to enter customized holding patterns, which can output to autopilots with digital steering. This trickles down from the Apex suite.

A huge dollar-saver during installation is the KSN770’s ability to interface with vintage King OBS indicators and mechanical HSIs. This means if you have an existing KX155 navcom, for example, you won’t have to spend big for a new indicator.

As for PFDs (primary flight displays), the KSN is only compatible with Aspen’s 1000-series Evolution. BendixKing used to make the KFD840 PFD, but that was dropped.

The KSN770 comes standard with a 10-watt comm radio (and full VHF nav), but a 16-watt version is available for jets. You can tune the radio frequencies with a concentric knob on the lower left bezel or with the onscreen keypad.

We originally dinged the KSN770 for not having interactive discrete audio callouts, but it hasn’t been added. We also hoped for external air/data computer input for onscreen wind data in real time, but it won’t do that, either.

The KSN770 navigator is convincing from a price standpoint, compared to other retrofit navigators. It’s also an alternative for users who don’t jive with Garmin’s operating logic, including KSN770 buyer Paul Werbin, a loyal BendixKing owner and an active CFI with a variety of Silver Crown avionics in his Beechcraft.

“One of my main reasons for going with the BendixKing navigator is the company’s track record for designing a feature set that seems logical. I teach in an airplane that has a Garmin GTN750 and I find myself asking why they put certain menus where they did,” Werbin told us.

But he also admits that since there is so much packed inside of the KSN770, there is no way to keep the logic simple. We concur. Make no mistake, as logical as the KSN770 is, it’s packed layers deep with data.

There is also the KSN770’s tempting price point. At $11,995, it’s substantially cheaper than Garmin’s $16,900 flagship GTN750 and also Avidyne’s $17,595 IFD540. To sweeten the deal, BendixKing offers a generous trade-in allowance for removed vintage BendixKing avionics—”Rewarding buyers for their brand loyalty,” the company told us. That means adding additional systems and accessories to the interface could yield a sizable cost savings compared to the competition, even after considering labor costs.

“The trade-in of my old equipment, plus the ability to use my old King OBS indicators saved me a lot of money. I got the KSN770, the KT74 ADS-B transponder, the KGX UAT ADS-B In receiver and Wi-Fi adapter, plus a new 406 MHz ELT system installed for $23,000. That is what I was quoted for Garmin’s GTN750 navigator alone, including installation,” Werbin told us.

But that cost savings didn’t come without bumps in the road. Since there are very few completed KSN770 field installations, we got the idea his shop dealt with the learning curve that tags along with early adoptions. All indications are that BendixKing worked hard to resolve installation problems. That’s reassuring for other buyers.

When the dust settles, there will be some sacrifices. Buyers expecting an all-inclusive and complete ADS-B In and Out solution without having to supplement the interface with a tablet computer won’t find it with the KSN770. It’s just not there, yet. As we’ve seen in the past, timing the TSO process is unpredictable.

BendixKing’s Roger Dykeman told us the company plans to complete the ADS-B In interface at some point, but couldn’t tell us when that would be. The other missing link is a wireless I/O for handing off flight plan data. That exists, to some degree, in the bigger Apex, so it could trickle to the KSN770. We’ll keep following the product and report on its status.