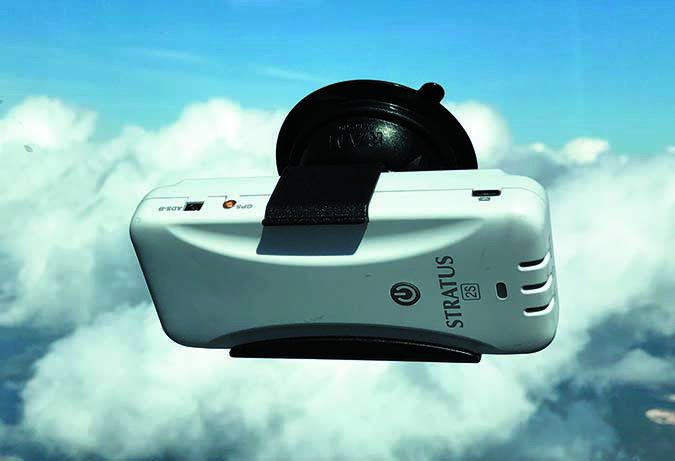 As the market saturates with panel-mouned ADS-B gear, we’re seeing portable ADS-B receivers hit the used market at bargain prices. This includes the popular current-gen Appareo Stratus 2S. Just prior to AirVenture 2015, the Stratus development team—Appareo handling hardware, ForeFlight for software and Sporty’s for sales and support—released two new models of its portable ADS-B receiver: the 1S targeted at VFR pilots and the 2S designed for IFR operations. The new models included additional features and addressed a history of hardware issues. Having had extensive hardware problems with the earlier model, I was curious about the reliability of the new units.

With a 2S aboard, I made a 2300-NM trip, including a flight into AirVenture 2015 with editor Larry Anglisano keeping a critical eye on its performance. Now, after more than a year of using the 2S in an ADS-B Out-equipped airplane, I’ve been impressed, overall, with the features, functionality and reliability of the 2S. It hasn’t been perfect, but the few shortcomings are easily outnumbered by its virtues.

The biggest problem I had with the Stratus had nothing to do with the unit itself, but with the RAM window mount included with the receiver. It would fall off the window, no matter what my aircraft partners and I did short of gluing it in place. It seemed almost malevolent, somehow falling when pilot workload was highest. Fortunately, the 2S was never damaged. We switched to a glareshield mount.

Locating the Stratus on the dash did once cause a heat-induced shutdown when the airplane was parked in the sun, something Appareo warns about in the manual.

The 2S always fired up and got a GPS lock fast. In 90 hours of flying, I never felt it needed a remote antenna. While I did not ever need the AHRS-provided backup attitude, altitude and groundspeed information to help out after a vacuum pump failure, it was nice to know it was just a button-push away. When called up, it always appeared in moments and was accurate.

After having gone through 18 months of frustration with hardware issues on the older model 2, the reliability of the 2S was refreshing. The weather presentation was always clear and reliable. During the year I compared the ADS-B weather radar data with XM radar and found they almost invariably agreed. The quality of traffic information was good most of the time. Occasionally an airplane being displayed simply disappeared or the two panel-mounted units would alert for nearby traffic and nothing would appear on ForeFlight.

Appareo warns in the manual that the nature of the ADS-B traffic system is such that not all traffic will be observed by the receiver, even if it’s in an ADS-B Out aircraft. I think the experience I had with inconsistent quality traffic information on the Stratus was more likely due to the current vagaries of ADS-B rather than a shortcoming of the receiver. At least for now, it’s nice to have a panel-mounted traffic receiver that is not reliant on ADS-B for traffic information.

After a year of flying in all kinds of weather behind the Stratus 2S ($899 at www.sportys.com), I’ve greatly appreciated the reliability over the previous model as well as the number of features it offers.

Other than being dissatisfied with the window mount, I have been impressed with the Stratus 2S performance. If you find one that’s been well cared for, I think it’s a solid used-market buy.