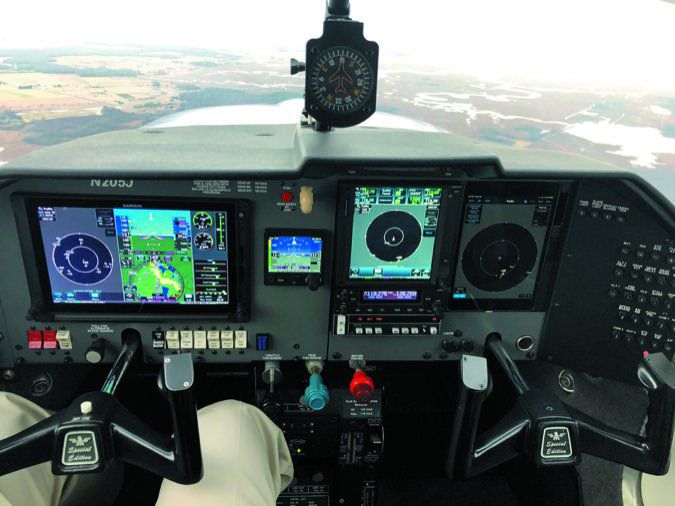 The traffic system interface article in the January 2019 issue of Aviation Consumer deserves further clarification, particularly when it comes to comparing ADS-B and TAS (traffic alert systems). While the article’s summary is essentially correct, readers may come away with a misunderstanding of how the ADS-B system works.

For example, the article referred to ADS-B ground stations as ADS-R stations, but they are not. The general term is Ground Based Transceiver (GBT). ADS-R is only one function of the GBT in which the GBT receives an ADS-B transmission on one data link frequency (978 or 1090 MHz) and rebroadcasts that transmission on the other frequency. This rebroadcast function only occurs if a client aircraft (ADS-B Out and In equipped) indicates in its transmission that it can receive only one frequency, and if the target aircraft is broadcasting ADS-B Out on the other frequency. Plus, both aircraft must be within a defined proximity (generally 15 NM horizontally and 3500 feet vertically) of each other.

It’s easy to misuse the term TIS-B, giving the impression that this is the mechanism by which all traffic is derived in the ADS-B system. But TIS-B refers only to traffic information derived from FAA ground-based secondary surveillance radars for targets that are not ADS-B Out equipped, but are transponder equipped. These radar-identified targets are then broadcast via a GBT only if a client (ADS-B Out/In) aircraft is within 15 NM and 3500 feet of the transponder-only target. This data can have high latency (a minimum of four seconds up to 20 seconds) since it is derived from one or more ground radars and since track vectors must be computed from several successive radar scans.

To be clear, the primary mechanism for ADS-B traffic is the direct reception of ADS-B transmissions (from ADS-B Out equipped aircraft) by other aircraft that are ADS-B In equipped. These targets have very low latency and have almost immediate velocity vector information since this data is derived from the originating aircraft’s GPS and included in the data stream. Consequently, ADS-R and TIS-B are only required is certain cases. ADS-R (via a GBT) is required only when a client aircraft has a single frequency receiver and cannot receive the frequency a target aircraft is transmitting, and TIS-B is required only when a target aircraft does not have ADS-B Out (but does have a transponder) and is in ground radar coverage.

A Few Words On TAS

It is true that TAS can show a transponder-only equipped target directly, whereas an ADS-B In equipped aircraft without TAS must see it with TIS-B, which only works in radar and GBT coverage. This is the primary advantage of TAS systems. A shortcoming of TAS, however, is that it does not compute course and speed (velocity vector) for targets; TAS only shows position. This limits the information available to pilots and limits the ability of TA (traffic alert) algorithms to accurately determine potential conflict. This is why adding ADS-B In to these systems can significantly enhance their performance, since ADS-B received directly is both more accurate than TAS-derived positions and contains velocity vector information. Note that current TAS systems that accept ADS-B input only receive on 1090 MHz and are therefore dependent on ADS-B rebroadcast (ADS-R) to obtain data from UAT-equipped aircraft.

The shift to ADS-B as the primary mode of surveillance in the U.S. airspace system means that many aircraft will ultimately be ADS-B Out equipped, and therefore ADS-B In equipped aircraft will have better performance than TAS in many situations. For instance, after Jan 1, 2020, in ADS-B airspace where all aircraft must be equipped, ADS-B direct traffic coverage will be complete. As the previous article correctly stated, the availability of velocity vector information on traffic displays (especially the relative vectors provided by Garmin) is an extremely valuable aid to anticipating potential traffic conflicts. This capability is available only with ADS-B, or with TAS systems integrated with ADS-B receivers. TAS will remain a valuable addition to ADS-B if you feel you need traffic information in areas below radar or GBT coverage in situations where target aircraft are transponder equipped, but not ADS-B Out equipped. This combination of factors might occur outside of rule airspace, close to the ground in hilly terrain or in remote areas. Even so, TAS can only detect transponder-equipped aircraft.

A combination of the two systems would certainly give the best coverage, although as time goes on this advantage might grow less compelling and considering cost, the value of this approach would have to be carefully evaluated, in our view.

A Note on Equipment

Many aircraft are equipped with older TAS systems and when adding ADS-B In/Out to them, it is certainly an excellent idea to integrate them with a system such as the Garmin GTX345 and L-3 Lynx NGT9000 (to name two) as shops report many buyers are doing. This provides an even better solution than just a newer TAS with added ADS-B since dual-band ADS-B receivers will merge data from ADS-B and TAS sources and give the best solution.