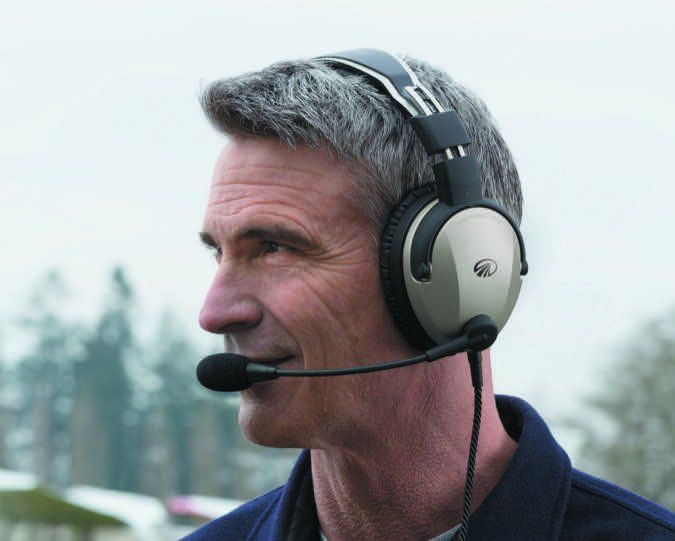 Although piston aircraft sales are mostly in the tank, Diamond Aircraft came to the Aero show in Germany this past spring announcing not one, but three new single-engine piston models to be designated the DA50. It has its competitive sights directly on Cirrus.

To compete against Cirrus’ top-selling SR22T, the DA50-VII will be equipped with a FADEC-driven 380-HP Lycoming TEO-540 six-cylinder engine and retractable landing gear. Recognizing lost sales contracts in the training market to Cirrus’ SR20, the new fixed-gear DA50-IV will be a four-place model powered by the Safran/SMA SR305-230E four-cylinder diesel. Last, the DA50-V will be a five-seat version (utilizing a wide bench seat behind the two front seats) powered by the 260-HP Safran/SMA SR305 diesel.

Diamond’s CEO, Christian Dries, says the company is being aggressive with a 2018 or 2019 certification schedule, plus it has plans to expand the DA50 series for more seating options, plus a turbine engine option. Whether or not these new models can stimulate the declining market—or even take some of the wind out of Cirrus’ sails—is anyone’s guess, but Diamond’s aggressive investment is enough to win Aviation Consumer’s Editor’s Choice Award for company of the year. The following products earn Gear of the Year awards.

Recognizing that the Zulu2 excelled in the crowded ANR headset market, Lightspeed made the set better with subtle improvements and priced it cheaper than the market-dominating Bose A20. At $850, the third-generation Zulu3 gets new earcups that contribute to more comfort and better audio performance, Kevlar braided audio cables that are nearly indestructible and a simple, but generous, feature set that doesn’t require an engineering degree to figure out. After flying with the Zulu3 we liked it enough to give the product an editor’s choice award for value and quality. Visit www.lightspeedaviation.com.

While there is no shortage of mandate-compliant ADS-B systems, we’re sold on all-in-one transponder-based solutions. For one thing, they make for an easier installation, plus they make perfect sense for aircraft that haven’t seen a transponder upgrade in a while. L-3’s NGT9000 smart transponder advances the interface several steps higher because it incorporates color multifunction display capability on its dual touchscreens.

What impresses us the most is that L-3 continues to advance the feature set. Where other systems won’t scan for traffic below 500 feet, L-3 added ATAS aural traffic alerting to the device, which surveys and issues traffic alerts for airborne traffic targets at all altitudes, making it a good utility in the traffic pattern.

The NGT9000 can also display Stormscope lightning data when connected with the WX500 system, plus it has two options for terrain alerting. There is mandate-compliant TAWS-B and the new TerrainVision advisory terrain feature. The device also connects with a variety of tablet apps, including ForeFlight.

The NGT9000 starts at $6170, which isn’t exactly a budget-based solution, but we think it packs enough punch to earn an editor’s choice award for a second year in a row. Contact www.l-3lynx.com.

We recently put Garmin’s latest VIRB Ultra 30 head-to-head with GoPro’s Hero 5 (and the GoPro Session series) where it crushed it in several areas, partly because it has more aviation-focused features like GPS, filters and audio adapter cables. We also like that the VIRB has Garmin’s suite of ANT+ sensors, which makes it a worthy player for cycling, snowboarding and other action sports. It’s also an improvement over the VIRB XE because it has an onboard touchscreen viewer, more shooting resolution and more frame-rate options. It also mates up to GoPro mounting hardware. In our world, that’s a real plus. Visit www.garmin.com.

For protection against aviation’s silent killer, we’ve always advocated the use of a portable CO detector. In a recent roundup of these devices, the CO Experts Model 2016 was a standout because of its sensitivity and useful features, including a low-level alarm. With a $199 list price it’s the most expensive of the portable models we evaluated, but we think its features outweigh the cost. For example, it displays CO starting at 1 PPM and makes its first alert immediately at 7 PPM. It has a graduated series of alarms as the CO concentration rises—there is no time delay between hitting a concentration level and the alarm sounding. It has a silence feature allowing the user to shut off the alarm temporarily—the length of time the alarm will remain silent decreases at higher CO concentration levels and the alarm will sound again if the CO level increases. Contact www.coexperts.com.

Sourcing used avionics can be a crapshoot. Buying from a reputable source is the first step in the confusing process. To our knowledge, East Granby, Connecticut-based Bennett Avionics is the only long-established avionics company that deals entirely in used avionics and doesn’t do installations. It’s that narrow focus that enables company founder Harley Bennett—who has been selling used avionics for nearly 50 years—to keep prices low and customer service as good as it gets.

Bennett only sells certified equipment that’s backed with a 90-day warranty (or with a one-year warranty for an additional fee) and subcontracts repair and certification to a network of shops around the country. Some of these shops specialize in repairing older equipment—an imperative trait in the used avionics business. Contact the company at www.bennettavionics.com.

We don’t need a bulky full-size bag to carry a tablet computer and other small stuff, so we went searching for the best compact flight totes. While we found several space-saving options from MyGoFlight and Flight Outfitters, we liked the Sporty’s HP iPad bag the best.

The iPad bag is part of Sporty’s recently introduced Flight Gear HP collection, which also includes the redesigned full-size Captain’s model. What’s good about the new bags is the weight savings—nearly 30 percent lighter than the old ones, but they are stronger and beefed up with reinforced handles.

The $69.95 iPad Bag, which measures 12 inches wide by 7.5 inches deep and 13 inches high, focuses on organization and storing an iPad, of course. What really sold us was the ability to house a headset without having to stuff it into a compartment. Instead, the bag has a headset hanger that keeps it suspended in the main compartment.

The outside area of the bag has a transceiver compartment, bottle holder, phone pocket and chart pocket, while the inside has a padded tablet pocket with a charging cord pass-thru for connecting a power supply.

Sporty’s also offers optional accessory pockets called Gear Mods, which are modulated storage compartments that can be moved form one bag to an another. Contact www.sportys.com.

The original Flying Eyes Hawk sunglasses turned out to be the most durable pair of sunglasses we’ve owned. Plus, with interchangeable thin temples (and also a headstrap) designed to take the ache out of wearing headsets, they were also the most comfortable. Even better is that they work well inside a full-face motorcycle helmet. We liked them so much, in fact, we invested in prescription transition lenses, which are made by Shamir Optical Industry—a top lens maker.

But as much as we liked the Hawks (the basic frames start at $336 with prescription lenses) and Flying Eyes’ exceptional customer service (the company will replace the glasses for $79, plus shipping) we wished for more modern styles.

The company listened and brought the ComfortStyle line to market. Choose between athletic wraps, aviator style and other trendy frames, plus reader frames. Visit www.flyingeyesoptics.com.

Given its sophisticated integrated avionics suite with an envelope-protected autopilot, six hours of endurance, 120-knot cruising speed and generous interior and baggage space, we walked away from the Bristell NG5 flight evaluation pleasantly surprised. It’s not often that an LSA hits all of those sweet spots, but the NG5 does—on one-quarter the fuel and one-fifth the price of a high-end sophisticated flagship single.

Resembling the Czech Sport Aircraft SportCruiser (which Piper branded as the SportCruiser), the Bristell NG5 has a base price of $126,900, but can easily sell for around $180,000 when equipped with options, including the ground-adjustable three-blade composite prop. The airplane we flew had a 100-HP Rotax 912iS (which can burn as little as 5 GPH), but is also available with a 115-HP Rotax 914 turbocharged engine. Contact www.bristellaircraft.com.

Face it, since smartphones, tablet computers and portable ADS-B devices are forever part of our flying, USB power receptacles have become important accessories. Sure, you could use a USB adapter sourced at the local hardware store and plug it into the aircraft’s cigar lighter—if it has one that works. The problem is some adapters don’t have the correct step-down output voltage and you risk frying your devices, plus there is the potential for electromagnetic interference. This can create havoc with injected audio system noise.

We think the Guardian iFDR Power USB ports are a better solution. Available with either a single USB port ($249) or dual ports ($299), the devices come in a couple different versions for mounting them on the panel or into interior components, which is useful for the rear cabin. Better yet, they can accept between 9 and 48 volts DC input voltage and output a stable 5 volts of power from each port—enough to quickly charge a modern smartphone.

Guardian says the installation can be signed off with a logbook entry and unlike other power supplies, you shouldn’t need an FAA field approval. The iFDR Power is also available with a chassis that mounts to Guardian’s tablet panel dock. Contact www.guardianavionics.com.

Yes, we know the Garmin G5 electronic attitude display doesn’t have autopilot interface, but we still think it betters the competition because of its ease of installation, display quality and backup battery life.

The G5 has a 3.5-inch QVGA color LCD display with a 320- by 240-pixel resolution and while it’s a self-contained instrument, it requires a remote GPS antenna and connection with the aircraft’s pitot and static system. We like that the G5 is approved (under a sizable AML-STC) as a replacement for the attitude indicator or the turn coordinator, although it can’t replace both instruments.

The other thing we like about the G5 is its bezel design, which measures 3.4 inches wide and 3.6 inches high. This means there is plenty of space between it and the other instruments in a typical “T”-configured instrument panel, plus it can be removed and reinstalled from the front of the panel. So, how’s the autopilot approval coming along, Garmin? Visit them at www.garmin.com.

In our view, a battery tender is the best investment you can make to prolong the life of a battery. The $240 BatteryMinder from VDC Electronics was specifically calibrated for aircraft batteries and there are models appropriate for Gill, Concorde and Hawker-Odyssey batteries.

What we like about the latest-generation BatteryMinder is that it has been tweaked for simple, one-touch operation and it uses basic icons on the case to show the current charge status of the battery. Contact www.batteryminders.com for more.