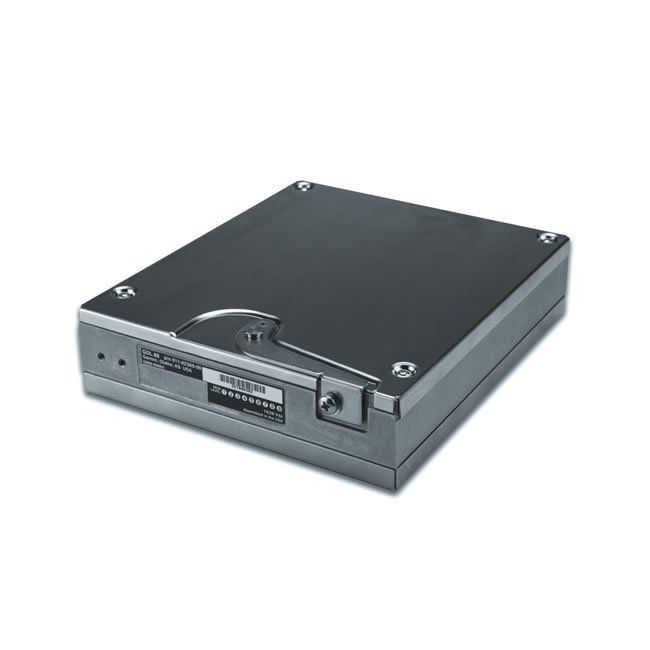 Lets assume you own a vintage Piper Cherokee, Cessna 172 or Grumman Tiger, to name a few entry-level rides. Perhaps it is equipped with a basic navcomm, older Mode C transponder and non-WAAS GPS-or no panel GPS at all because you fly with a tablet computer or portable GPS.

Youve probably discovered the dilemma in finding a complete mandate-compliant ADS-B In and Out solution that wont require a complicated installation. Garmin is attempting to solve that with its new GDL84 ADS-B transceiver, a product that trickles down from the flagship GDL88 system.

The GDL84 is an ADS-B In and Out system that is partially wireless, doesnt need a panel display, a panel GPS, or a dedicated control head for channeling ADS-B squawk codes. Instead, its controlled and displayed entirely on an iOS or Android tablet. Its also has a dual-link receiver for more complete traffic alerting.

For an approximate installed price of around $5500, is it the low-cost solution the lower end of the market has been waiting for? We think not, but it could set a precedent for simpler installations moving forward.

Flight Stream
To understand the main concept of the GDL84, you first need to understand Garmins recently introduced Connext wireless interface and the Flight Stream Bluetooth transceiver. We covered the interface in the August 2014 issue of Aviation Consumer.

To recap, the Flight Stream 110 device functions as two-way wireless communications hub between Garmin weather transceivers, including the GDL69 XM receiver and the GDL88 ADS-B transceiver. Receiving data from these systems through a RS232 serial data stream, Flight Stream broadcasts the data throughout the cabin for display on Garmins Pilot tablet app, compatible with iOS and Android tablets.

The higher-tier Flight Stream 210 system, which has integral AHARS, transmits flight plan data from the tablet into the panel navigator and overlays flight instruments on the tablet.

Flight Stream is an integral component to the GDL84 and Garmin includes the entry-level 110 device in the GDL84s $3995 list price. Also included is an ADS-B mandate-approved WAAS GPS receiver and external antenna. It doesnt include a required L-Band blade antenna for mounting on the underside of the aircraft. Unlike the GDL88, the GDL84 isnt available with dual antennas (top and bottom) for Diversity. Dual antennas can be effective in interfaces that suffer from structure shadowing, where landing gear doors or other airframe structure might block the signal.

Wireless Interrogation
A key element of the GDL84 is its streamlined transponder interface and its ability to function wirelessly with legacy Mode A/C models, including the King KT76A, Narco AT150 and Collins TDR950, to name a few. This is welcomed compatability in aircraft that still have older transponders, since ADS-B Out still requires a traditional transponder.

Mandate-compliant ADS-B interfaces require that the ADS-B device broadcast a squawk code and ident in the same fashion as a typical transponder. All 1090ES Mode S transponders (Garmins GTX330ES and Avidynes AXP340, for example), do this automatically, in addition to streaming ADS-B data.

But non-1090ES, remote ADS-B devices like the GDL84 UAT and FreeFlight RANGR UAT transmitters are tasked with synching to the onboard Mode A/C transponder pulses to transmit the same code and ident status.

One solution is to install a dedicated control head for the UAT ADS-B device (needed with FreeFlights RANGR device), requiring the pilot to set the same squawk code for both devices. If these codes arent synchronized, ATC will see two aircraft occupying the same space.

The obvious dowside to a separate control head is the required panel space, panel work and additional pilot workload.

This interface also reduced the installation complexity and cost, since the ADS-B transceiver doesnt have to be wired with the transponder or altitude encoder.

The fix for this dual-link environment is ADS-R, for rebroadcast, which takes the signal from one link and translates it so the other link can interpret the data. For example, when two aircraft are in the service volume for a particular ground station, and one is transmitting on 1090 MHz and the other on 978 MHz, the ground station retransmits the data from each aircraft to ensure the two aircraft can see each other as traffic targets. But theres still a snag. Youll need to be within the service range of a ground station to receive the rebroadcast.

The GDL84 is capable of receiving ADS-B traffic data directly on a 1090 MHz data link, in addition to traffic reports and FIS-B weather uplinks on the 978 MHz data link. This allows the GDL84 to directly receive all ADS-B position reports from aircraft in its vicinity without relying on a ground station rebroadcast.

The Garmin Pilot app enables display of traffic symbology on various moving maps and on a dedicated traffic page.

You also get FIS-B weather overlay, to include Nexrad radar, METARs, TFRs, PIREPs, winds and temperature aloft, SIGMETs and AIRMETs.

Simpler, not simple
As close as the GDL84 comes to a wireless interface-with its tablet display and self-interrogation-it still requires a sizable installation. Garmins Bill Stone told us basic installations might be completed in eight hours, but we suspect 12 hours-or 1.5 working days-is more realistic, but depends on the experience level of the installer and the complexity of the aircraft.

Whats involved? First is finding a location to mount the remote transceiver, which is roughly six inches high, seven inches deep and weighs about four pounds, including the mounting racks and connectors. Then, it must be wired to the electrical bus through a circuit breaker for power. The GDL84 is also wired to the Flight Stream transceiver.

The system requires two sensors, the included WAAS GPS antenna and the installer-provided L-Band blade antenna. As mentioned in the sidebar on page 12, antenna work will vary from airframe to airframe, depending on the type and condition of the aircraft interior and how difficult it is to route coaxial cable.

The GDL84 also requires an ADS-B status/failure annunciator light mounted on the panel and the audio interface. Still, we dont think fly-away prices in the $5000 range (not counting tablet computer hardware) will be unheard of, after shop discounts.

If youre waiting for an entirely portable mandate-compliant ADS-B system-particularly one that can be taken from aircraft to aircraft or used in aircraft without electrical systems-dont hold your breath. Garmins Stone said such a system wouldnt be practical because the ADS-B broadcast data includes aircraft-specific addressing and customized programming.

When we looked at approved ADS-B systems in the July 2014 issue of Aviation Consumer, we favored the FreeFlight 978-XVR system, which also has a tablet computer interface. But it requires a dedicated control head when installed with legacy transponders-a hurdle the self-interrogating GDL84 solves-with the added utility of the Garmin Connext.