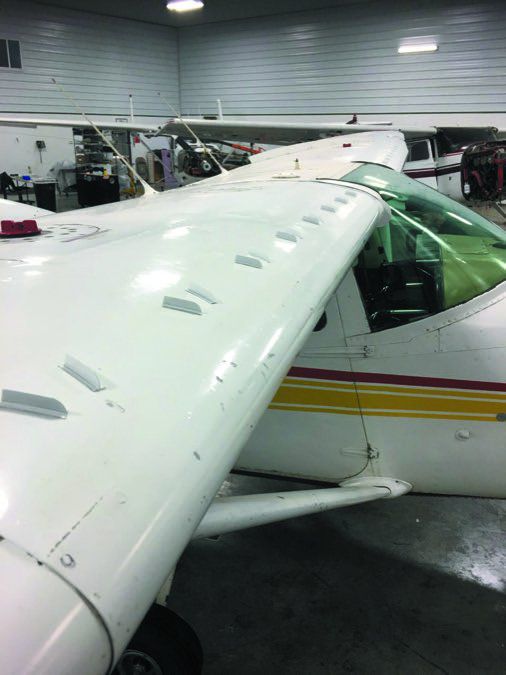 Thank you for the article on VGs in the March 2019 issue of Aviation Consumer. I own a 1979 Cessna 172XP, which I have been updating for performance and especially safety. I have so far added a glass cockpit, engine monitor, an upgraded engine and four-point seat belts. My next focus is on slow-speed flight. I couldn’t agree more that this will be an important safety feature. My biggest question now is whether to pursue VGs or a STOL kit, and whether there is a difference between manufacturers.

As you might surmise, there is a lot of opinion out there on that subject. You seem to be implying in your article that VGs would be a preferred choice over a STOL kit, but you didn’t actually say that. From your experience, if you were in my shoes, and money wasn’t the single most important consideration, how would you proceed and why? You would certainly make my day if you can answer this question.

Having flown aircraft with STOL kits and aircraft with VGs, as well as a few with both, our opinion is that when deciding between a STOL kit and VGs, the VGs are the better option. That’s because they weigh so much less and give just about the same performance improvement as a STOL kit. We’re not convinced any difference in stall speed reduction between VGs and a STOL kit on a 172XP would be measurable. It could be lost in measurement error. If fact, with either a STOL kit or VGs, you start getting into a situation where you can fly yourself into a field from which you couldn’t depart.

We do note that VGs and STOL kits allow you to fly the airplane so slowly that it can take nearly full power to maintain level flight-which can be unpleasant if you get low and slow on final. We had a white-knuckle experience when having to use full power to make it to the runway in a Cessna 206 when a downdraft on final was stronger than expected and wound up with the stall horn sounding a quarter mile from the runway.

VGs and STOL kits will reduce stall speed, but they also mean that you can fly the airplane into a region of very high drag near the new, lower stall speed. That means you must be prepared to deal with a very high sink rate and a demand for a carrying a great deal of power to hold altitude or stay on the glide path.

As to which VG kit, we think so long as the kit includes VGs for the underside of the horizontal stabilizer (for effective elevator control at low speeds) and both sides of the vertical stabilizer (for rudder control), you won’t go wrong no matter which manufacturer you select.

I read with interest your article on exhaust systems in the February 2019 Aviation Consumer. For the tuned exhaust market you hit the longtime player with Power Flow.

However, you missed the fairly new entrant in the market with D’Shannon Aviation. Power Flow has been promising for years to do a Bonanza version and we’re still waiting, but D’Shannon has a Bonanza tuned exhaust system today.

I am interested in installing a uAvionix skyBeacon ADS-B Out unit on my airplane. It is appealing because it also contains a wingtip strobe. However, I noticed in the installation guide on page 11 that the GPS in only certified for en route and terminal airspace and it is not approach certified.

What are the ramifications, if any, for instrument approaches in class C airspace be it a GPS, VOR or ILS approach?

Good catch. We asked uAvionix for an explanation. It told us this limitation means nothing for real-world operations. Because the WAAS GPS in the skyBeacon is only connected to ADS-B and not an autopilot or any other navigation system, there is no need (or really any ability) to change between approach modes.

The company says the device meets all GPS requirements in any aircraft flying any type of operation, from an Airbus A380 to a Piper Cub, but the way the TSO is written, the company is required to point out that you can’t fly an approach using the unit’s built-in WAAS GPS as your guidance source. You can, of course, use it as your ADS-B Out position source during that approach, however.