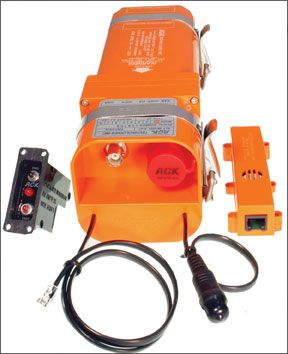 With the feds set to pull the plug on the monitoring of 121.5/243.0 MHz ELTs in just four months (by February 2009), the market for 406 MHz technology is still in the wake-up phase. Several readers have contacted us for advice on buying, so heres a brief update.

Right up front, well say dont get in a hurry to buy. Model selections are still limited and prices are high. Perhaps an inexpensive personal locator beacon is the best-

value fill-in option for a year or so. We covered 406 MHz units in the July 2007 issue of Aviation Consumer and since then, the market has advanced. To review, 406 units are smart ELTs that transmit digitally encoded aircraft tailnumber, pilot information and beacon serial number and some have the ability to transmit the last recorded GPS-derived position data. These beacons are the way to go; the question is when.

Historically, there have only been a few key players in the light aircraft ELT world, but were surprised that more manufacturers havent jumped at the chance to capitalize on the 406 frenzy. Artex was first on the block with an affordable (if you can call a $1000 ELT affordable) 406 MHz system through the entry-level ME406 and it remains a popular seller.

Shops embrace the Artex because of its made-in-America status and ease of retrofit. But, with a $1000 price point, they dont sell a ton of them. In most cases, the two-pound ME406 can drop into an existing 121.5 MHz interface and use the same wiring, although Artex recommends replacing non-shielded antenna cabling with new low-loss twin-shielded coax.

The ME406 ACE (for Absolute Cost Efficiency) model is targeted toward directly replacing an existing ACK E-01 unit, using the existing remote switch, which could reduce overall installation costs. The ME406 can connect with a familiar whip-style antenna or with a fiberglass rod-style antenna for faster airframes.

The G406 model offers more rigorous TSO C126 certification (500 G shock, 1000-pound crush and more rigorous flame and vibration testing). This unit might be a serious consideration for helicopter applications. The G406 can also connect with –

the Artex Nav Interface Unit, which ties the ELT with an onboard GPS for transmitting lat/lon data along with the distress signal. The GPSs ARINC or RS232 serial bus is utilized for such interconnect, so shops will need to access the existing wiring to make the connections. A G406 with the nav interface costs nearly $3000 for an average installation. Contact: www.artex.net or 800-547-8901.

The French-made Kannad 406-AF-COMPACT is focused toward general aviation aircraft and measures 5.1 x 3.4 x 2.9 inches, making it one of the smallest permanent-mount 406 ELTs on the market. It has a six-year battery and can interface with a rod or whip antenna. An optional navigation interface module allows connection with onboard GPS. The Kannad is available now, for $865 list plus antenna. See www.kannad.com.

As we go to press, ACK announces their new model E-04 ELT for retrofit into existing 121.5 MHz (E-01) installations, using the existing remote control unit. The antenna will need to be replaced with a newly designed swept-back antenna with a molded base, but the same mounting footprint can be used.

Further, ACK says the unit can directly accept Garmin and Bendix/King GPS inputs for transmitting position. The system uses a lithium battery with a five-year life. For new installations, the system retails for $599 and includes everything necessary to start from scratch, while the retrofit kit for dropping an E-04 into existing installations will list for $560. The E-04 design process is completed, but is undergoing FAA certification and you cant order one until its certified. Thats expected for December, says ACK. Contact www.ackavionics.com or 408-971-6879.

Equipped with an internal GPS receiver, the $999 Canadian-made Pointer SkyyHunter 406 AF unit doesnt require a remote interface to transmit position. It has a five-year battery and can interface with an existing 121.5 MHz Pointer remote control, making for an easier retrofit without running new remote wiring.

The ELT mounting tray is roughly the same size as some other common models so in many cases, shops wont have to redrill for the new mounting rack. But a GPS antenna will need to be mounted on top of the airframe, a prospect thats already difficult on small airplanes, given the number of antennas cluttering up the roof. Were told the SkyyHunter will be available later this year. See www.pointeravionics.com or 519-648-3778.

The Ameri-King AK-451 P is currently a portable beacon, but it is undergoing certification for use as a fixed beacon, according to Edmo, the companys distributor. Incidentally, our multiple attempts to gather specific information on this product through the manufacturer were unsuccessful.

After leaving several messages via phone, we finally made contact but were told that a marketing rep would call us back. Were still waiting. This doesnt bode well for overall support. Further, Ameri-Kings Web page doesnt mention the AK-451, just the AK-450, a 121.5 MHz beacon. Contact www.ameri-king.com and 714-842-8555.

Unless you plan on crashing, there really isnt a panic to have a 406 ELT installed tomorrow. Our advice is to wait as long as you can or at least until all the units we mention here are certified and available. Personal locator beacons are a practical option. See the July 2007 issue of Aviation Consumer for a rundown on market offerings.

We suspect the upcoming year will usher in lower pricing on 406 technology as competition stiffens. Remember, too, theres no FAA regulation that says you must change over to 406 MHz technology. On the other hand, a 406 unit will get you found and if youre carrying an ELT, you might as well have one that works.