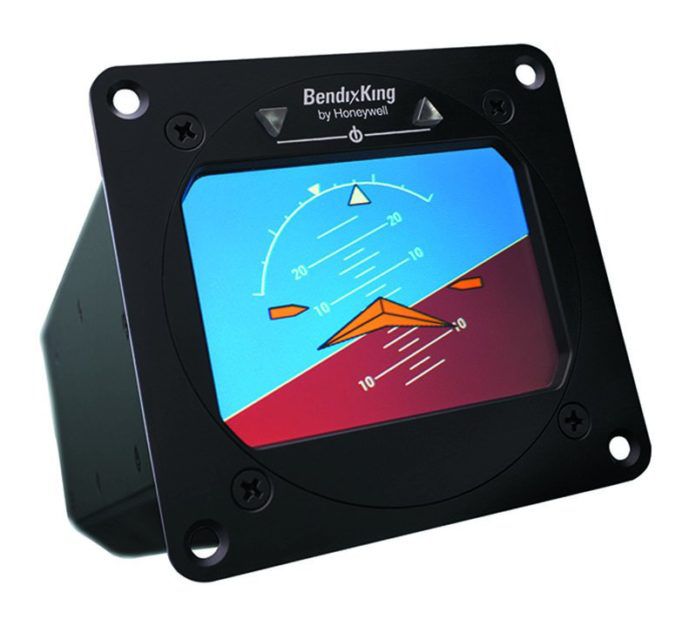 In a recent policy statement, the FAA gave the regulatory green light to replace traditional vacuum-driven attitude instruments with electronically driven replacement indicators. This means you can remove the vacuum system from the aircraft, since the policy doesn’t require a backup spinning gyro. In many cases, you won’t need a backup at all.

Coincidentally, the FAA’s announcement was perfectly timed around the certification of new products, including the long-awaited Sandia SAI-340, L-3 Aviation’s ESI-500 and the soon-to-be-certified BendixKing KI-300.

While some of these were originally intended for use as backup, manufacturers say the FAA’s policy statement makes them legal for primary use. Let’s take a look.

Except for the rate-based KAP140, most vintage and newer BendixKing autopilot systems require the KI256 or KI258 vacuum-driven attitude gyro. If you’ve ever been faced with repairing or overhauling one, you’ll know this instrument isn’t for low budgets. Even reinstallation labor costs are expensive, no thanks to a time-consuming calibration and alignment procedure.

BendixKing’s AHRS-based KI300 next-generation electronic replacement promises to tame that dragon, since pitch, roll and other configuration settings are configured through software. But the greater benefit is the KI300’s micro-electromechanical (MEMS) technology, which could have a longer interval between failures, compared to the KI256/258 spinning gyroscopes it replaces.

Weighing two pounds, the KI300 is designed to drop into existing KI200-series installations without having to modify the instrument panel. The instrument simply requires power and ground connection, and for KI200-series replacements, BendixKing offers an adapter harness which plugs into the existing autopilot wiring.

Speaking of autopilots, the KI300 is the only retrofit model equipped with autopilot output. This is the roll and pitch signals that feed BendixKing KFC and KAP-series attitude-based autopilots. BendixKing said it’s working on an interface that can work with other brands of attitude-based systems.

AHRS-based autopilot drive has proven far better than the outputs from spinning gyros. As long as the autopilot computer and servos are healthy, we think it’s an effective way of improving the performance of aging, analog systems.

The KI300’s LCD display is programmable for various panel tilt configurations and is available with flight director command bar presentation, in addition to yaw rate sensing for driving the yaw damper circuitry in BendixKing autopilots.

The KI300 satisfies the FAA’s secondary power source requirement (see the sidebar on page 7 for the legal tidbits) with its internal backup battery and accepts 9-32 VDC input. The base standalone KI300 without autopilot output is $4995, $5995 with autopilot output/flight director interface and $7995 with yaw rate sensor. BendixKing said the KI-300 is expected to be certified by February 2016.

The $5800 L-3 Aviation ESI-500 Genesis was originally intended as a backup display for EFIS systems. But L-3 says the FAA’s policy statement makes it a player for use as a primary attitude instrument in Class 1 and Class 2 Part 23 aircraft.

Think of the Genesis as a small PFD, but with a rear chassis designed to fit a 3-inch instrument cutout. Equipped with a 3.5-inch diagonal active matrix color LCD display, it has airspeed tapes with speed awareness color bands, an altitude tape, plus vertical speed display. Major options include the $1333 synthetic vision software (with towers and terrain obstruction data) and on-screen heading data, through interface with the $1500 MAG-500 remote magnetometer.

The synthetic vision option requires either heading input from the MAG-500 magnetometer, GPS position from an external ARINC-429 GPS navigator and input from an outside air temperature sensor.

Since the ESI-500 Genesis has a generous I/O interface, including a serial and ARINC-429 databus, it can interface with an external navigator for displaying GPS and navigation data (including ILS), in addition to marker beacons. Airspeed, altitude and vertical speed functions rely on pitot and static input.

Backup power is provided by a self-contained battery pack containing three lithium ion cells, which are charged by the aircraft electrical system. The battery circuit has smart monitoring to ensure the ion cells aren’t overcharged or overly depleted due to temperature conditions.

The Genesis uses minimum bezel controls. A Menu key opens the pilot-configurable menu items displayed on the bottom portion of the screen, while pushing and rotating the bezel knob moves through and makes changes to baro setting, synthetic vision, display brightness and course value (when the nav option is used), to name a few.

When ordered with all options (heading, nav and synthetic vision), the ESI-500 prices out at $9400, which L-3 says is introductory pricing valid through the end of 2015.

Kelly Manufacturing makes the R.C. Allen line of attitude gyros, including the electronic RCA2600-series electronic model, available in a 3-inch and 2-inch footprint.

Consider the 2600-series instrument a no-frills model compared to advanced models like the L-3 Genesis and Sandia SAI-340. The attitude presentation is on a color LCD display with 350 pixels per inch with a 15-frame-per-second refresh rate.

The center of the display features a familiar symbolic airplane with wings that reference a pitch dial.

The 2600-series instruments have simple bezel controls for display brightness and a Pitch Sync feature, which instantly synchronizes the onscreen airplane symbol to the horizon line when flying in a pitch-up or pitch-down attitude.

The software in the instrument handles calibration and alignment, while flagging an onscreen red X and “Exceed Bank Angle” if the processor can’t deal with an excessive bank.

The 3-inch model can be used to replace the turn coordinator when equipped with an optional mechanical slip/skid indicator. It attaches directly to the bezel.

The 2600-series instruments can be used in aerobatic applications since they are designed to function in 360 degrees of pitch and roll. 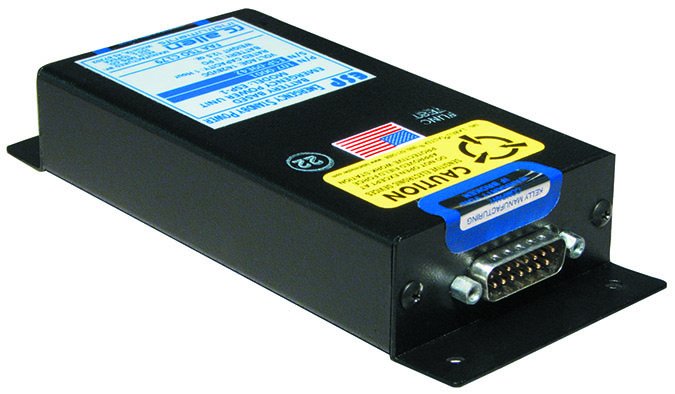 For pitch attitude reference, there is 20 degrees pitch up on the pitch dial and 30 degrees of pitch down. For roll reference, there’s a fixed roll pointer that references the roll dial about the roll axis. At the bottom of the display, just below the -30 degree pitch line, is a processor annunciator. This is a blinking dot that moves left and right, showing the internal processor is working.

For standby power, Kelly offers the $800 ESP emergency standby power module. It has a lithium-polymer battery, which can power the instrument for up to six hours. Unlike other electronic instruments, the 12.5-ounce ESP module is remote mounted (it measures 6.62 by 2.76 by 1.65 inches with connector), and Kelly provides a prewired harness and a battery status lamp for mounting on the aircraft instrument panel. This, of course, will increase installation effort.

The RCA2600-P version has pitot and static input, which is aimed at jet applications needing more precise attitude computations. This product is expected to morph into the next-generation RCA attitude indicator, which will have airspeed and altimetry functions.

Kelly’s Jim Turner told us the unit is currently in development, as is an electronic directional gyro. The RCA2600-3 and 2-inch RCA2600-2 have a street price of around $2600 and doesn’t include the battery or $150 inclinometer.

Sandia Aerospace’s SAI-340 has been stuck in certification for a couple of years, but was finally awarded a TSO last October. Sandia calls the instrument the Quatro because it has four-in-one functionality, including airspeed tape (with airspeed limitation markings), attitude, altitude tape and slip indicator.

The Quatro is designed to fit in a 3-inch instrument cutout, while pitot and static ports are built into the rear chassis. That chassis is shallow—less than 3 inches deep with the single rear connector attached, and the instrument weighs 0.8 pounds including mounting bracket and the internal lithium polymer battery. Battery endurance is advertised at three hours when the display is at maximum brightness and at 55 degrees Celsius.

The instrument has smart and intuitive battery monitoring, and the battery status is shown in the lower left corner of the screen. When operating on the internal battery, the colored battery icon will transition from green, to yellow, to red as the battery depletes. Charge levels (based on voltage received from the aircraft electrical bus) above 50 percent are shown in green, between 25 percent and 50 percent is shown in amber and levels below 25 percent are shown in red. The charge is also shown as a percentage of capacity.

At 3.5 inches diagonal, the Quatro’s LCD display (with LED backlighting) size is the same as the L3 Genesis. But unlike the Genesis, the Quatro doesn’t have a databus for communicating with other devices and it doesn’t have synthetic vision.

Remember, the Quatro was originally developed as a backup instrument, but Sandia’s Barry LeBlanc told us the TSO functions meet all of the standards for use as a standalone primary attitude indicator.

A single push/rotary knob is the only bezel control and it’s used to set the baro correction, adjust the display backlighting and for manual alignment of the attitude display.

Roll data is shown in fixed pointer format—the pointer remains in a fixed location relative to the instrument housing and the roll scale rotates with the horizon. The background blue/brown horizon is configured such that some ground or sky reference always remains present on the screen.

The pitch ladder and heavy white horizon line will disappear from the background horizon in these cases. Slip data is shown in a format that mimics the mechanical inclinometer (white ball in a glass tube), and the left and right stops represent plus and minus 7 degrees of slip.

As enthusiastic as we are to finally see the FAA recognize electronic attitude indicators worthy for primary, standalone replacements for iron gyros, the market may not be ready.

As mentioned, the BendixKing KI300 is the only attitude instrument in this roundup equipped to drive attitude-based autopilots—and even that is limited to BendixKing models.

That means the other instruments won’t do what we think owners really want, and that’s get rid of the finicky and costly spinning gyros that interface with Century, Piper and ARC/Cessna attitude-based autopilot systems.

Those buyers will look to the retrofit PFD market, including Aspen’s Evolution PFD and Garmin’s G500. Both offer autopilot gyro emulators based on digital AHRS input.

But for simpler applications, including aircraft without autopilots and even for those equipped with rate-based autopilots (which rely on the turn coordinator), we think the Sandia Quattro is the model to beat. With a brilliant display, plus airspeed and altitude functions and an all-inclusive street price of $3200, we think it’s a solid value.