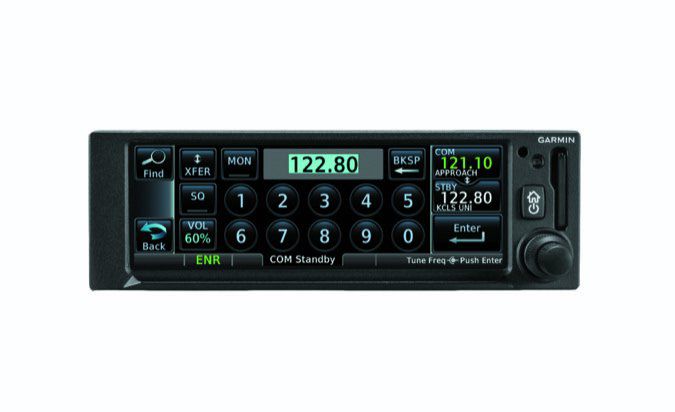 When Garmin introduced the GPS 175 (and ADS-B transponder-equipped GNX 375) budget IFR navigator earlier this year, we wondered why it didn’t have a comm radio. Then a couple months later, Garmin tossed the $6995 GNC 355 in the mix with, you guessed it, a built-in comm.

That leaves no fewer than a half-dozen choices for new GPS navigators, counting ones from Avidyne and not counting some worthy used-market choices. In this article, which is part of our Avionics Bootcamp series, we’ll attempt to sort out the buying decision so you’re better prepared to round up some quotes for installation.

To do that, let’s look at three real-world upgrade scenarios and what we think are the best possible solutions, mostly from an interface standpoint. You’ll have to answer for yourself how you might fly with the tech once it’s in.

For starters, ask yourself if you can fly without a ground-based VHF nav, including raw-data ILS. You’ll see why.

It was around 1996 or thereabouts when Garmin started cranking out the GNC 300XL. This was a TSO C129(A1) IFR approach GPS navigator and as a bonus, it had a utilitarian moving map (of course, any panel map back then was utilitarian) and a built-in VHF comm radio. It had no VHF nav-strictly GPS. The GNC series was a clever idea and almost the perfect solution for backing up a traditional navcomm, or for more basic panels, it worked as the primary rig because of the built-in comm. The cheaper GNC 250XL had a VFR GPS and a simpler install. The GNC series sold like rush-hour coffee at Starbucks.

Garmin killed the line some years back, and now brings it back with the GNC 355. We wrote about the first products-the ADS-B equipped GNX 175 and entry-level GPS 175-in the May 2019 Aviation Consumer.

Like the 175 and 375, the new comm-equipped GNC 355 has a 2-inch-high bezel, which helps differentiate itself from the larger GTN 650 navigator, nor does it have a VHF nav receiver.

Like the other two budget units, the idea with the GNC 355 is to replace aging navigators without having to do much if any stack rework. Maybe there’s an old Apollo GX60, King KLN89B or even a King KX155. The GNC should easily fit in without restacking.

Like the other two units in the series, the GNC 355 is designed to work with a variety of third-party nav indicators. Remember, these boxes are WAAS equipped for full IFR GPS approach capability, so you still need an indicator to display course information. The new series has Garmin’s Connext wireless interface for traffic, weather and flight plan streaming to and from a tablet.

There’s a long list of compatible indicators-everything from Garmin’s own GI 106A/B to the King KI209 and KI525A HSI-even old Narco and Collins indicators. But we suggest asking your shop if these indicators are healthy enough to retain for reliable service. Some are not. The unit will also work with new stuff-including Garmin and Dynon EFIS.

The new touchscreen mapcomm is intended for Class I/II aircraft that weigh 6000 pounds or less, and can be installed under a 700-aircraft blanket AML-STC.

Let’s look at a couple of navigator upgrade strategies. These examples are aircraft owned by actual readers who we recently helped noodle the upgrade decision.

If you own something like the Piper Cherokee panel shown below, it’s begging for an upgrade. The first thing we would do is remove the King KR86 ADF system that’s at the top of the right stack. At the same time, get rid of its antennas and reap the benefits of a cleaner airframe. Below it in the stack is a King KLN90B approach GPS that’s installed for VFR. Out with it. A CRT display failure makes it a boat anchor.

This aircraft has already been upgraded with a uAvionix skyBeacon, so it’s ready for the 2020 mandate. But it has an old tube-powered transponder that won’t last much longer.

With dual KX170B navcomms, this panel is the poster child for Garmin’s new GNC 355 mapcomm. You could even retain the second KX170B as a backup radio and install the GNC 355 as the primary. It’ll work well for instrument training and make for an efficient radio stack. Since the glideslope receiver is built into the primary KI214 nav indicator, you could drop it down and use it as the secondary system-if it works. We say yank it out and save some weight. The KI214 retired long ago.

This late 1980s panel has a non-WAAS Garmin GNS 430 with Garmin GI 106A indicator, plus a KX155 with KI208 indicator as the secondary system. The aircraft has a Garmin GTX 327 transponder and it needs ADS-B. The goal here is to jump into the world of WAAS approach capability and out of the aging GNS 430. The airplane has an S-TEC 50 two-axis autopilot with nav tracking and also a GPSS steering system.

One relatively easy upgrade for this panel is Avidyne’s IFD440. It can slide into the GNS 430 wiring and work just fine with the Garmin indicator and with the S-TEC autopilot. But since the IFD440 is a WAAS unit, it won’t work with the existing Garmin GPS antenna and cabling. The shop will need to remove the headliner, change the cable and install the WAAS antenna.

You just bought a little Skipper for knocking around the local area, but you want to start doing some instrument training. It’s not going to happen in this airplane with the single Narco navcomm radio with a nav indicator labeled “Inop.” The previous owner spent some money on new gyros and installed a Garmin GTX 327 transponder and a new altitude encoder, but no ADS-B.

For this we think Garmin’s new GNC 355 is the right solution. It will bring a reliable comm radio and of course the utility of an IFR GPS so you can get started on your training. The fly in the ointment is that old Narco VOA-series indicator that needs to be replaced. Maybe your shop has a used King KI209 (around $900 for a good one), or spring for a new Garmin indicator for $2350. Price a G5.

As for ADS-B, this is the perfect application for the uAvionix skyBeacon. When the dust settles, plan on a $12,000 upgrade.

Not a Slam Dunk

We can’t come close to covering all of the panel combinations, so if you have one you’re struggling with drop us a line and we’ll take a look.

We can say that while Garmin’s new line of budget navigators can be a dollar saver (the GNC 355 mapcomm is $5000 less than a GTN 650), it also muddies the buying decision. For example, a lot of panels need a new comm radio, transponder, GPS and ADS-B, but the GTX 375 falls short for these applications for not having a comm. The new GNC 355 does, but it doesn’t have the ADS-B transponder. That leaves a hole in the line filled by the higher-priced GTN 650, of course. We asked Garmin why it didn’t include the ADS-B transponder in the comm-equipped GNC 355 and it said the transponder simply wouldn’t fit in the chassis.

This aside, there are still a lot of panels equipped with the older Garmin mapcomms and in our view the new GNC 355 is hands-down the best option for replacing them. Unfortunately, the unit (and the others in the series) isn’t pin-for-pin compatible with the old wiring. The boxes are too different, says Garmin.

But from a panel real estate standpoint, the units will drop in place of many older GPS units (or navcomms) with minimal amounts of stack rework. That means a quicker install. As for space behind the panel, the entry-level GPS 175 is the most efficient. It’s only 6.58 inches deep, which follows the design of the original GNC 250 from years ago.

The other thing we like about this new line is Garmin made the units compatible with a ton of older analog autopilots-everything from a basic Cessna 200A to S-TEC 60-2. If you are considering a budget EFIS upgrade at the same time, they’ll work with Aspen’s VFR display, and of course Garmin’s own G5 EFIS.

What makes the buying decision real muddy is that none of these budget navigators have ILS receivers and only you can decide if you’re comfortable doing without, based on where and how you operate the aircraft. At 4.8 inches diagonally, the display is small, but the savior is the wireless interface for tablets running the Garmin Pilot or ForeFlight apps.

For higher-end rides-we’re talking twins and go-places complex pistons-full-up navigators like the Garmin GTN and Avidyne IFD will be the boxes of choice for ILS capability. But for basic panels begging for a modern upgrade that won’t break the bank, we favor Garmin’s generously equipped GNC 355.