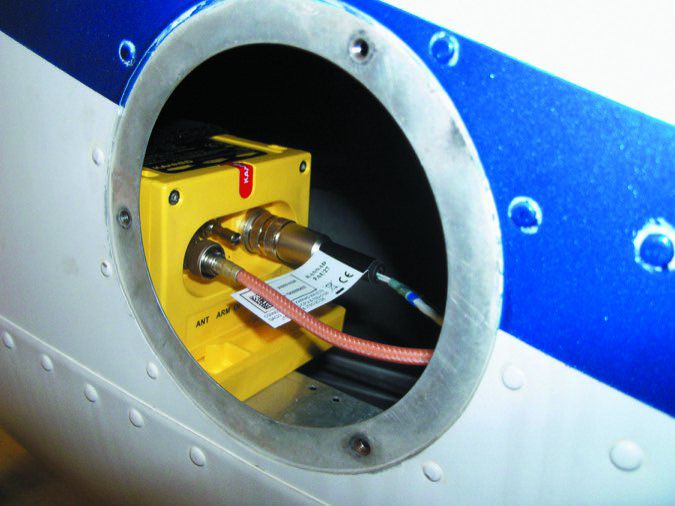 It was nearly 10 years ago that we advised not to rush to the shop to yank out 121.5 MHz ELT systems in favor of the superior but pricey 406 MHz tech. Still, the handwriting was on the wall: Some day, 121.5 MHz beacons will be extinct and that day is now. As we go to press, the FCC (not the FAA) issued a rule that prohibits the manufacturing, importation, sale and even the certification of 121.5 MHz beacons.

Recall that similar rulemaking was stirring in 2010, but the FCC-at the request of the FAA and AOPA-stayed the amendment. The new FCC ruling lifts the stay prohibiting these old beacons effective Jan. 11, 2019. What does that mean to plenty of aircraft owners who haven’t made the switch to 406 MHz models? It’s simple: The old 121.5 MHz model can’t be certified any more, pretty much rendering it a boat anchor-or better, a wheel chock (after all, they’re painted the right colors).

You can still use the beacons, of course, but don’t expect much if any support for these old units and that includes replacement batteries and service parts. The FCC’s ruling should come as no surprise because the international Cospas-Sarsat search-and-rescue program stopped monitoring the 121.5 MHz frequency in 2009 due to reliability and false alert concerns. Along with other Cospas-Sarsat participants, the National Oceanic and Atmospheric Administration, U.S. Coast Guard, U.S. Air Force and NASA have been advising users to switch to 406 MHz ELT units for nearly a decade.

“The record demonstrates that 121.5 MHz ELTs were clearly inferior to 406 MHz ELTs due to interference and other concerns even prior to the termination of satellite monitoring of 121.5 MHz, and that the advantages of 406 MHz ELTs have increased since then,” the FCC said in a statement.

It went on to say that removing 121.5 MHz beacons from the marketplace won’t impose significant costs on users based on the price differential between 406 MHz ELTs and 121.5 MHz systems. It also said, in part, that there’s no evidence manufacturers and distributors would be burdened with stranded inventory of 121.5 MHz beacons. Worth mentioning is that most 406 models also have integral 121.5 MHz transmitters, which means you can still keep and maintain your newer 406 beacon, and manufacturers can still sell them even though they transmit on both frequencies.

In our view, the FCC has done its homework on this, noting that the price for 406 MHz systems has dropped substantially in recent years. In 2010, the FAA estimated the average cost of a 406 MHz ELT to be more than $2500, but according to the FCC’s recent report, comments submitted in 2013 indicate that the price had already dropped to less than half of that. “Based on staff review of publicly available information, we believe that 406 MHz ELTs are now available for less than $600,” it said.

On the other hand, we think the commission underestimates the amount of labor that’s involved in retrofitting 406 models in place of existing 121.5 models. In many cases, the installation labor will be more than the cost of the new beacon because 406 MHz systems require a remote control/activation switch that has to be mounted on the instrument panel or within an area that the crew can easily access. Moreover, while some manufacturers have 406 models that can use some it not all of the installation hardware that exists in 121.5 MHz beacon installs, the disassembly of the interior to route a harness between the tail-mounted beacon and the panel-mounted control switch can be big work.

Our advice is the same as it always was: Upgrade to a 406 MHz system while the aircraft is open for other work-perhaps an annual inspection or major avionics projects where this grunt work is already in progress.

Last, it looks like it’s time for a market scan of 406 MHz systems and we’re working on it. In the interim, link to the FCC’s bulletin at https://tinyurl.com/y9ha79dx.