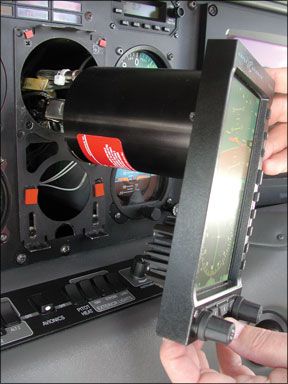 When Aspen Avionics announced its retrofit PFD system in 2007, we were impressed with the designs ingenuity and its workable price point. A year later, they were shipping and the field results were mixed: Capable technology but the installations werent going as smoothly as hoped and there was a higher-than-expected failure rate.

New technology always takes some time to shake out the bugs, so now that there are hundreds of units out there in the field, we surveyed users to see if the reality is living up to the marketing copy.

The short answer is: The Aspen Evolution system is generally performing as advertised. There are notable exceptions, but they seem to be clustered in the earlier installs, which is the trend we want to see.

As we expected when we reviewed the Evolution system a year ago, the EFD1000 Pro version is the market favorite, with 95 percent of the respondents choosing that system. The EFD1000 Pro and supporting hardware is $9995. Thats $4000 more than the entry-level EFD1000 Pilot, but the Pilot cant interface with navigation radios or GPS.

Price was the decider two to one over the next most popular reason for choosing the Aspen system. The system is approved for over 650 aircraft, but we saw the vast majority in medium- to high-performance piston singles. In several cases, part of the motivator was the cost of the alternative. As one Bonanza owner put it, “It just made sense. My Bendix/King HSI was giving me problems. The cost to overhaul and reinstall the 25-year-old HSI system was probably half of what this new system was going to be, with hoped-for increases in reliability and duplication of attitude information.”

This can open a huge can of worms. In the words of one new Aspen owner, “Where do you stop when your technician comes to you and shows you the old wiring behind your panel? Do you upgrade your nav equipment to take advantage of all the Aspen can provide? It seems to me as though this is a no-brainer for anyone doing a major avionics upgrade to their aircraft … For someone to just go out and upgrade a perfectly good panel with good-quality equipment, it should take a bit more consideration.”

Cost for just installing the EFD1000 was difficult for many to break out as many folks installed the Aspen as part of a larger panel revamp. But we did get enough answers to see that the labor for just the Aspen install is running between $1500 and $5000. Simple installs seem to be averaging about 25 hours. More complex ones have the aircraft in the shop for two weeks. Legacy attitude and airspeed instruments must be maintained with the installation, but the removed VSI or HSI have been bought back by some installers for a customer credit. If youre turning in

a working HSI, that could be a couple thousand dollars worth of credit.

Availability of an aircraft approval and expandability were the next strongest selling points, with 18 percent and 16 percent of respondents noting it, respectively. The Evolution system can be expanded with the EFD1000 and EFD500 MFDs, which have just come on the market.

Most owners did not need extensive work done unless they wanted to, but as noted already, a majority did the upgrade as part of other upgrades so new cables, antennas, other equipment and overlays were also installed. One Cessna 310 owner had the easiest install weve heard of: “They just pulled two steam gauges out, gave me a credit for them and ran cable to the roof for the GPS sensor.”

Nearly half the respondents reported problems of one kind or another, but there was no smoking gun and many of these were in the earlier deliveries. One Arrow owner reporte d over a dozen removals of the EFD1000 to get it right. Another owner told us, “Luckily the dealer-installer had three units on hand when my installation started, because we had to use parts of all three in order to get my unit to work. Quality control seems like a major problem.” While this issue seems to be dissipating (although not completely gone), its another reason to go with a shop thats done several installations. Theyre more likely to recognize a hardware issue and have a replacement on hand.

The good news is that Aspen support was praised. “I was customer number five and the first in Kansas City. I had the initial unit fail several times, but all in the first couple of weeks (May – June 2008). They were the best company I have ever dealt with in making it right. Aspens Scott Smith and their entire team are to be commended. I have had no problems since then.”

Its worth noting that 12 percent of those reporting needed to relocate other equipment or cables to make the Remote Sensor Module (RSM) work properly. The RSM contains a GPS receiver, the magnetometer and accelerometers. It must be mounted within 4 degrees of the longitudinal axis of the aircraft and away from any interference sources. RSM issues are by no means a deal breaker, but you

should be prepared to deal with it should the issue arise.

Reports on GPS-steering (GPSS) performance have been mixed. For those who never had GPSS, we saw, “My autopilot never worked this well before.” For those who had an S-TEC or other GPSS-capable autopilot, “GPSS is lazy. It doesnt follow the magenta [line] too well on tight curves. But its not a big deal. It corrects.”

A common problem that may not technically be a problem at all is reported discrepancies between the data displayed on the Aspen and on the legacy instruments. What we find interesting here is that the older instruments are far more likely to be the ones in error. One pilot told us he had to seriously beef up his instrument-flying technique because he could now see many minor roll excursions on his Aspen that were simply too small to appear on his vacuum-powered AI.

While some report they are still not comfortable with the Aspen, the majority were comfortable flying it in five hours or less. “It took some getting used to. My head was trying hard looking for something to scan, while everything was in one place … I became a decision maker instead of an interpreter, my [new] scan allows me to make sure I am getting valid information.”

We noted in our first report on the EFD1000 that the small type was a bit of a problem. This didnt come up as an issue at all in our survey. “A lot has been written about the size of the display. I find this a silly discussion. Sure, on the Airbus I enjoy a display that is twice as large. However, in that cockpit, the distance from my eyes to the PFD is more than twice what it is in my 310. Further, the size of the attitude gyro portion of the display is larger than the Castleberry electric, flight-director gyro it replaced. The hard part isnt getting used to the Aspen. Rather, the hard part is going back to steam gauges after youve flown behind this thing for a while!”

A couple of folks noted their greatest discomfort came from trusting the Aspen in light of early problems and failures. Intelligent placement of your backup instruments is worth serious thought if youre putting in the Aspen.

The overall satisfaction with the Aspen system seems quite high. Big plusses are

additional data such as true airspeed or a wind vector. Folks coming from other glass panels had little or no trouble with the transition, while others recommended a few hours with an Aspen-knowledgeable instructor.

But for some owners, overall satisfaction was a “tough call.” The biggest gripe is resolving hardware issues right after the install. “Im marginally satisfied because we have had so much warranty work done on the system. My big concern is what happens when the warranty runs out.” Another complaint we saw was, surprisingly, the heat generated by the unit. In many cases, its quite warm or even hot to the touch in operation. Some owners wish the display dimmed even further.

One item that did come up in our survey is that while the Aspen has an internal GPS, it has no direct-to function as it has no database. “Without the Garmin 430W, the airports painted on the Aspens map would not be painted as they come from the 430W database. The GPS is there really only for helping the attitude system of the Aspen internally check itself. They market it somewhat that it gives GPS backup, which it does not. In my case, I have a Garmin 496, so I am covered.”

This is a good point. While the Aspen can run for 30 minutes on its internal battery, total power loss would leave you with no navigation ability. Not that this is any different than total power loss in your average Bonanza, but its important to keep clear what these fancy boxes provide and what they dont.

We liked the words of a Liberty XL2 owner who made the switch but has mixed feelings about the Aspen, “Beyond the fad, think: If it aint broke, dont fix it. Install an Aspen unit primarily if you need the functionality (slaved DG, GPSS). The Aspen unit makes sense in achieving things you could not do before. This is opposed to revamping your panel [yet gaining] little added functionality.”

This makes sense to us. Its still significant dollars and not headache-free to go glass with the Aspen. But if youre already having headaches with failing gyros, or youre planning a full-panel overhaul anyway, the EFD1000 seems to be delivering on its promises.