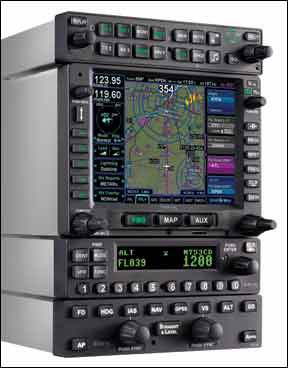 Avidyne is targeting Garmin’s customer base and simplifying installations with the CNS line of drop-in avionics that replace an entire Garmin stack. The core products include the IFD540 and IFD440 GPS navigators and can plug into existing GNS530 and 430 wiring. The concept of plug-and-play avionics is hardly revolutionary. In 1990, Michel Avionics’ MX-series TKM radios came close to perfecting no-wiring upgrades. Radios that mated with the aircraft’s existing wiring and mounting hardware became so popular that nearly 40,000 TKM navcomms were placed in service. This cheap alternative to costly avionics retrofit was later mimicked by now-defunct Narco Avionics.

We’ve always recognized the front-end cost benefits of slide-in replacement radios, but we’ve hardly embraced the technology. Simple as it is, old and potentially substandard wiring remains in place, leaving reliability issues unresolved. As Avidyne prepares to bring the CNS-series slide-ins to market, we took a fresh look at the concept and the dollar benefits that might support an owner decision. We think it might make sense for some buyers.

R9 TRICKLE DOWN
As we’ve reported since its introduction last year, Avidyne’s retrofit IFD540 navigator and the recently announced smaller IFD440 are trickle downs from the Avidyne R9 integrated glass panel. R9 uses an advanced flight management and communications feature set that we think is a giant leap above the original Entegra suite. This glass panel was used in earlier Cirrus, Piper and limited aftermarket applications and the interface was primarily driven by Garmin GNS530 and 430 navigators. While the Garmin navigators did the job, owners were itching for something more advanced than the 1990s technology of the GNS430 and 530. The IFD navigators are Avidyne’s answer and the ticket to a complete Avidyne navigation management interface. Of course, one option is to install Garmin’s latest GTN-series touch navigators, but they have a more complex installation.

Avidyne set out to satisfy the demands of buyers who aren’t completely sold on a primary navigator that uses a touchscreen. Garmin’s new GTN boxes are commanded almost entirely by touch and have been well received, but there are some skeptics. For that crowd, Avidyne’s IFD brings a hybrid control logic called Multi Touch. It offers the choice of using either capacitive touch and traditional knobs and buttons. With the IFD, anything you can perform with touch you can also perform using keys and knobs. Bezel controls are simple and rugged. If you come from a Garmin 430 or 530, the IFD will seem ultramodern, as evident by the USB port on the upper left for loading software and navigational data.

If there’s a single reason to upgrade from a GNS530 to the IFD, it might be to gain a superior VGA-quality display. The IFD540 display measures 5.7-inches diagonally on a touch LCD of 65,535 colors in 640×480 pixels. Check that against the stark GNS 530 series—it was designed with a 5-inch diagonal, eight-color 320×234 TFT LCD. For those looking for more advanced FMS functions, Avidyne carries over a feature that’s been a big hit with the NMS system in the R9. It’s called GeoFill. When entering and editing waypoints, GeoFill accurately guesses the next waypoint in a flight plan after only one or two characters are entered. The system is smart enough to know what waypoint you’re looking for based on position When it comes to chassis size, the IFD540 shares the same dimensions as the Garmin GNS 530 and the IFD440 clones the GNS430 footprint. These systems aren’t just for drop-in retrofit. They can be purchased with installation kits for new installations. In that case, all bets are off for a low-cost installation. Expect a sizeable teardown and the associated costs.

REAL WORLD COSTS
Speaking of costs, we took a close look. Removing the 530W, installing and configuring the IFD540, performing a flight test and producing appropriate paperwork should require three to four hours. That’s $300 to $400 of labor at most shops for a $17,500 total project with no disassembly required.

Consider a $16,995 Garmin GTN750. Since the GTN750 is larger than the GNS530, the radio stack will likely need to be removed, reconfigured and some radios may need to be relocated. The interface wiring will need to be modified since the GTN750 isn’t plug and play with GNS530 wiring. These projects are averaging about three to five days which  totals $3000 in labor for an average project whose total can top $21,000.

PAY NOW, DELIVER LATER
As we go to press, Avidyne is offering a sweet deal that might tempt Garmin GNS530 and 430 owners to purchase an IFD navigator at a discount. For the IFD540, the early buy-in is $10,000 compared to the regular price of $16,995 and for the IFD440, it’s $8500 compared to $14,995. To get this reduced pricing you have to pony up in full right now, with the option of getting a full refund by AOPA Summit if you change your mind.

We’ve heard from dozens of potential and skeptical buyers who were reluctant to fork over that kind of cash for what they perceived as developmental products that might not be in their panel for a least a year (the IFD540 is expected early next year while the IFD440 could be over a year from release).

Using consumer deposit money to front the staggering costs of product development may be new to the avionics market, but it’s a practice that’s widespread in the airframe business. There are the rightful fears that the developing company might not be around a year from now. As for Avidyne, we have no reason to believe they won’t be here to deliver the goods. They have a proven track record for bringing quality products to market and we think they are forward-looking. But only you can decide if tying up this kind of cash for the end savings is right for your budget. Skinflints to the core, we wouldn’t fork over the dough until we had product in hand, but that’s just us. Where we once frowned on drop-in upgrades, we admit to favoring the Avidyne concept because aircraft previously upgraded to Garmin GNS units should have acceptable wiring or at least wiring that meets modern standards. Do have your shop evaluate this wiring to correct any problems that may be lurking.

During our research, the owner of a nicely retrofitted Saratoga put an interesting spin on his decision to let Avidyne ding his credit card for a $10,000 IFD540 early purchase. He admitted that his GNS530W did everything he needed it to do for his traveling missions, but he was smitten by and ready to buy the Garmin GTN750. That was until his shop presented a staggering proposal for the upgrade, which included rewiring and sizeable amounts of panel work to make it fit. Suddenly the Avidyne drop-in box had great appeal because it promises to advance his panel without the down time and hassles of a major teardown. The potential for selling his GNS530W for $5000 or more sealed the deal.

We think Avidyne’s CNS series plug-and-play replacement stack succeeds in doing what Avidyne intends: Modernizing a legacy Garmin stack with limited down time and rework. The rest of the product line includes the DFC-series digital autopilot, which is a system that continues to impress us the more we fly it.

We’ll look at these products in a future article once they become available.