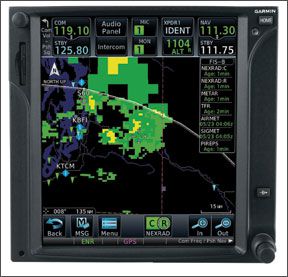 The avionics industry gets big props for producing sophisticated, ever-more-capable products, but lately they’ve excelled at producing something else: confusion.

The veritable gusher of portable ADS-B products that appeared last spring has devolved an already chaotic market into a state of utter confusion that even we have trouble sorting out. To be fair, the FAA is to blame for proposing an ADS-B system that only Rube Goldberg could love and maybe not even him. So it’s time to ask of ADS-B—as many readers are—what’s in it for me? Why should I buy this technology and when?

You Gotta
The answer to why is the FAA equipment mandate, which requires that by 2020, all aircraft flying in certain airspace will be required to have ADS-B. The airspace conforms roughly to where Mode C is now required: Class A, B and C airspace or in any airspace above 10,000 feet MSL. Aircraft operating above 18,000 feet will be required to broadcast position and other data on 1090 MHz, the so-called extended squitter now available in products like Garmin’s GTX 330ES. Behind the why is that the FAA will use datalink technology from ADS-B to separate aircraft in lieu of radar, although radar is certain to be around for years to come. (That’s why you’ll still need a Mode-C transponder in airspace where it’s required now.) Being required to have something and actually wanting it, however, are different things. As the FAA sees it, the pot sweetener in ADS-B is the “B” itself, which stands for broadcast. In exchange for the stick of the FAA mandate, the carrot is free inflight weather and traffic reporting. Although the weather part is simple to grasp, the traffic protocol certainly isn’t and some owners are finding that it costs a small bundle to get all the traffic they thought was going to be free. More on that later.

First, if you’re asking why upgrade to ADS-B now or ever, you should really be asking what you want for inflight weather service, how much you’re willing to pay for that and whether you want traffic of any kind. All decisions about equipage before the mandate should flow from there.

ADS-B weather—really FIS-B weather available through the ADS-B ground network—is the easy part. This is available through so-called ADS-B In protocol from devices that are receivers only; no outbound transmissions and thus nothing to do with the FAA 2020 mandate.

Given the flush of portable ADS-B devices this year, this is the hot part of the market. We reviewed the latest crop in the June 2013 Aviation Consumer and we think more receivers are on the way. There are at least two   receive-only remote-mount boxes that do what the portables do—one from Aspen and another from FreeFlight. See the chart at right for the specs.

As far as what weather products you get for free, these are described in AIM 4-5-9 and include NEXRAD, basic text weather, NOTAMS and special-use airspace warnings. While FIS-B uses the same data sources as does XM WX satellite weather, we wouldn’t call them equivalent by any means. XM weather is more timely and complete and has more analytical products. FIS-B is just the basics. If you have no inflight weather now, ADS-B In only will be an upgrade or perhaps budget relief if you’re tired of paying XM subscription fees.

Traffic: Not So Simple
If you want electronic airplane spotting, ADS-B gets more confusing—a lot more confusing. ADS-B’s conceptual foundation is that airplanes report their position, altitude, speed and other data via datalink to FAA ground stations—this is ADS-B Out in NextGen speak. Besides the ADS-B Out transmitter, the aircraft also requires a WAAS GPS capable of 5Hz position updates. Some ADS-B boxes include the WAAS receiver, some don’t. And you can’t use your old Garmin GNS 530; you need approved WAAS GPS.

Just to heap complexity upon confusion, ADS-B uses two frequencies. The standard 1090 MHz transponder frequency is one, 987 MHz or the Universal Access Transceiver band, is the second. The 1090 boxes are just Mode-S transponders equipped to transmit an extended squitter pulse to send the required ADS data. They too require WAAS GPS, but they have no ADS-B In capability. It’s the stick without the carrot.

UAT boxes, on the other hand, are purpose-made transceivers that send the required position pulse, but also receive the weather and traffic goodies. Moreover, the 978 MHz equipment—of which there are at least three choices—makes you an official  participant in ADS-B.

Participant? Why would you care? This is where many ADS-B buyers think they’re getting something they aren’t. ADS-B functions by compiling position reports from participating or client aircraft and crunching this data into an outgoing data packet to a specific aircraft. That data shows where nearby aircraft are located, complete with relative altitude and target trends. Through the datalink, UAT receivers will also show Mode-C targets so, barring any antenna shadowing, you’ll see every transponder-equipped thing there is to see.

And this is where portable and ADS-B In-only receivers fall apart. Without ADS-B Out, you’re not a participant, so you get no custom traffic data packet. If there’s a participating aircraft nearby, lucky you; you might see his traffic packet. But it won’t be centered on your airplane and will be of limited use. You’ll also see random targets that may be on the fringe coverage of other participating aircraft. Because ADS-B In receivers receive 1090ES and 987 traffic directly, you’ll see them. Most of these are airliners equipped with 1090ES but unless they’re approaching the airport, most will be in the flight levels, thus of little concern for low-altitude light aircraft.

Bottom line: ADS-B In—mainly the portables—isn’t a traffic solution worthy of the name. Traffic performance will vary widely and you can’t count on seeing everything and sometimes perhaps not anything that’s a threat.

Buy or Not?
Getting back to the original question, what’s in ADS-B for you? The mandate is 6½ years away, by which time you may have sold your airplane and bought an RV or a boat. It’s a long timeline and we suspect there will be more competition in ADS-B, both in price and features.

If you don’t care much about traffic but would like to cash in on that free weather, the portables or the two blind-mount ADS-B In receivers (Aspen and FreeFlight) are inexpensive choices. See the June 2013 article for our recommendations on portables. Dial down your expectations, and these are good values, in our view.

For a serious ADS-B traffic solution right now that also meets the 2020 mandate, you’ll need to write some checks and that means a 978 Mhz UAT box. As shown in the chart, Garmin’s GDL 88 qualifies, as does Aspen’s ATX200G or FreeFlight System’s RANGR XVR. Check the chart to see which of these have onboard WAAS GPS options and which will require a discrete, ADS-B-approved WAAS GPS source. Another company, NavWorx, has the ADS600-B UAT product, but it’s not TSOd yet.

If you’re of a mind to mix and match, you could satisfy the ADS-B Out requirement with a 1090ES transponder—the Garmin GTX 330 or GTX33 remote or the Trig TT21—then use another receiver, including a portable, to receive traffic and weather data. This is a minimally intrusive approach that meets the mandate. For the seriously paranoid, active TCAS-type traffic systems are worth the money. In its 800-series traffic boxes, Garmin has combined active traffic with the ADS-B passive traffic protocol and although this isn’t specifically an ADS-B solution—it has no Out function—it is traffic and collision avoidance in its most complete form. In its TAS series, Avidyne plans to offer similar capability.

The FAA’s ADS-B ground network is nearly complete and provides low-altitude coverage in most parts of the country. But the FAA’s coverage maps clearly show gaps at some altitudes, especially in the mountain west. That means no weather on the ground before takeoff and no traffic except what the receiver can see directly.

Recommendations
One way to think of ADS-B is as a small snowball at the top of a hill. In mid-2013, it hasn’t gained much momentum or size, but as we approach the mandate and more owners equip, more aircraft will participate and be visible as targets. Further, the ground network will improve, although some altitude gaps will remain.

In our view, owners who aren’t desperate for inflight weather and/or traffic solutions they wouldn’t otherwise invest in can give ADS-B a pass for three or four years. In that time, more products will emerge and experience with installations will increase. We see no benefit in a rush to equip. You can always buy an inexpensive portable to receive FIS-B weather. Just don’t think of it as a serious traffic solution.

Speaking of traffic solutions, this will be a conundrum until the mandate kicks in. A UAT receiver such as Garmin’s GDL 88 (or the Aspen and FreeFlight equivalents) is a complete, mandate-ready ADS-B In/Out solution with good traffic capability. But UATs can’t overcome the basic shortcomings of the ADS-B network, so their traffic sensing will have low-altitude gaps where an active traffic system would not. That’s the logic behind Garmin and Avidyne’s combined active/ADS-B products.

For the short term, active traffic systems—which aren’t cheap—remain the top choice for effective, relatively gap-free traffic monitoring. As the mandate approaches, ADS-B may look more appealing, but it doesn’t yet.