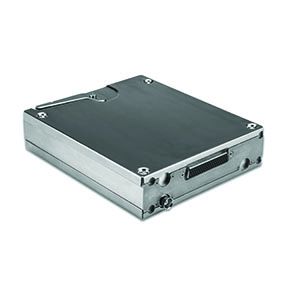 Garmin describes the GDL 88 as the “first dual-link solution for certified aircraft that not only provides a path to ADS-B Out compliance for many pilots, but also brings subscription-free weather and advanced traffic display to the cockpit.”

While we’re more than a little tired of hearing marketing types trumpet everything from a cup of coffee to software version umpty-dot-twelve as a “solution,” we found that the GDL 88 is currently the easiest way to get a full-up, self-contained ADS-B-compliant system. (See the sidebar on page 16 for ADS-B basics.)

Capabilities
The GDL 88 complies with the ADS-B Out requirement via the Universal Access Transceiver (UAT) route, however, it is also capable of tying in with a number of different, ADS-B Out compliant transponders and assuring that the same squawk code is being transmitted by the transponder and the UAT equipment without needing some sort of separate control panel to do so. While the GDL 88 uses the UAT ADS-B Out compliance route and does not contain a transponder, its ability to link to an ADS-B compliant transponder gives a reasonably easy way of avoiding the limitation of flight below 18,000 feet and in no other country other than the U.S. of using a UAT.

Weather
Flight Information Service-Broadcast (FIS-B) weather is sent by the FAA through the ADS-B ground stations free of charge. Using the GDL 88 and a compatible flight display, the user can see graphical NEXRAD radar, METARs, TAFs, SIGMETs, AIRMETs, NOTAMs and TFRs as well as some other information such as winds and temperatures aloft.

AIM section 7-1-11d lists the information available and coverage radii. There are some limitations such as NEXRAD is high-res for 250 miles around your location and low-res outside that and NOTAMs many only show for a 100-mile radius. Such limited limitations are not a reason to keep paying for subscription weather rather than taking early advantage of ADS-B.

The dual-linked receiver in the GDL 88 means it receives all information on all ADS-B Out-equipped traffic in the area, no matter whether they are transmitting via transponder on 1090 MHz or UAT on 978 MHz. It is also compatible with active traffic systems and when receiving information regarding multiple aircraft, it assigns priorities to each and identifies and removes any duplicate reports of other aircraft.

Traffic
Ground stations also transmit Traffic Information Service-Broadcast (TIS-B), which is received by the ADS-B In capabilities of the GDL 88. That traffic information is the same as ATC sees from radar and ADS-B, so it is not limited to ADS-B-compliant aircraft. The GDL 88 allows the traffic information to be observed on a compatible display. The user sees what a controller sees.

Garmin has developed a new display feature with the GDL 88, which it is calling TargetTrend. It takes into account the fact that your aircraft is moving through space and provides a velocity vector display that shows how ADS-B Out-equipped aircraft are moving with relation to you, which allows faster threat assessment. It does not apply to all TIS-B traffic information, only with regard to aircraft that are ADS-B Out equipped.

In aircraft with Garmin GTN series avionics the GTN will automatically declutter the traffic display and show those that are the highest priority and will group targets. If you want more information about targets in a group, you touch the group and it then shows all the targets. You can select any target displayed and call up its closure rate and groundspeed.

When on the ground, other ADS-B-equipped taxiing aircraft and moving vehicles are displayed.
We like that Garmin recognizes that not all aircraft have a compatible flight display to view traffic data. The GDL 88 is set up to activate an indicator light to advise that traffic is in the immediate area and give a voice alert that calls out distance, bearing and relative altitude (if the aircraft is squawking altitude or is ADS-B compliant).

Garmin also recognizes that getting up to speed on ADS-B is not intuitive and involves a learning curve so it has created a “Learning Academy” on its Website. While it gently pushes its own products, we felt that it was objective, unbiased and accurate and a good way to begin to understand this new system we’re going to be living with before long.

Conclusion
We like what we see for functionality of the GDL 88 in that it
allows reception of both ADS-B Out transmission frequencies so that it reads all ADS-B traffic, something that is going to become increasingly important, that it is compatible with more than just other Garmin displays and transponders and provides a way to transmit on both ADS-B Out frequencies even though it does not itself contain a transponder.