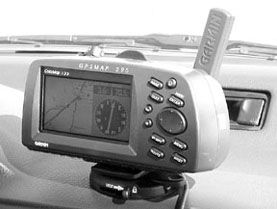 Were not complaining, mind you, but one of the unrealized promises of GPS-at least for pilots-is the lack of an all purpose navigator in a single package. You know the deal; one that will work in the airplane as a portable but can also be pressed into service in a boat or, especially, the car.

Its not in the interests of the GPS makers to do this because the competition is intense enough without making one navigator that does it all. Better to have the hapless customer buy one each for the airplane, boat and car and maybe another one for hiking and fishing.

Against this tide, Garmins new 295 attempts to flow. As we noted in the review in the March 2000 issue of Aviation Consumer, the 295 is a first-rate aviation portable, replete with color. For a few dollars more-well, quite few, actually-theyll send you some software to turn this thing into a ground navigator.

All Purpose Nav
Although pilots think of Garmin as an avionics company, the truth is, it sells more equipment into the marine and terrestrial GPS markets. To capitalize on that, Garmin has built its own cartography department which produces something called MapSource, an umbrella of digitized maps that include MetroGuide for city navigation, U.S. Topo for outdoor activities and Roads and Recreation for the SUV /motorhome crowd.

MapSource prices are a complex matrix of features and exceptions but $174.98 buys the MetroGuide while $233.32 gets the MetroGuide and a 16MB card, which is recommended. Roads and Recreation sells for $116.65 and the topo maps for $151.65.

These products apply to a range of Garmin portable GPS units but the idea is that buying one (or more) gives the aviation-based 295 enough additional ground data to serve as a street guide. It does that but we wouldnt call the result elegant, exactly.

Naturally, since every other program in the known universe runs on Windows, so does MapSource. Thus, even the able engineers at Garmin are dragged into the La Brea Tar Pits of computerdom; Windows development. The install burped, choked and froze up. Uninstalling and trying again got it going.

Two CD-ROMs cover the entire U.S. with street detail down to your driveway. Thats good. But only a tiny fraction of those will fit into the 295 at once. Thats not so good. Each so-called Map Set covers a region and in the eastern U.S., the regions arent large.

For example, we had room for two MapSets, which maxed out the 295s onboard 16MB flashcard. Geographic coverage included a portion of southwestern Connecticut and part of the New York City area. We found using the MapSource software to be logical, even without reverting to the manual. The map sets are defined from a mega view, then loaded. Dont get in a hurry. It takes about 30 to 50 minutes to load the data.

Once done, youll be rewarded with flyspeck street detail in the coverage area, right down to intersections and street addresses. (It found our driveway within a couple of hundred feet.) Once out of the coverage area, youll feel like Columbus sailing over the edge. The detail drops out and youre left with just the base map. Its not bad, but it wont find Grandmas house.

MapSource has useful options, including the ability to build routes on the computer and download them into the 295, measure distances and bearings and create waypoints right on the digital maps. (These convert automatically to lat/longs.) A route can be strung together using the rubberband method most flight planning programs employ.

Some of the early automotive GPS maps could actually spout directions, issuing turns and warning of approaching exits. MapSource cant do this, but when youre driving in the detailed areas, you hardly need it, although you will have to squint at the map display to see details. Summing it up , MapSource is about as practical as any portable, multi-purpose ground mapper weve seen, which is to say not very practical.

If youre traveling and need ground guidance, youll have to guess which MapSet to load, since storage space is limited. Guess wrong and youll have to pull over, drag out your laptop and load up the right maps. Not bad if youve got an hour to spare, none-too-practical if you dont.

By comparison, the latest in-panel moving maps for cars, such as the system found in the new Infiniti as a $2000 option, offer a larger screen, turn directions and a nifty three-dimensional birds-eye view of your progress over hill and dale. Nine CD-ROMs cover the entire U.S. Sigh.

So Garmins MapSource gets a passing grade but no gold stars. It works fine but is ultimately just too cumbersome to be exceptional, in our view.