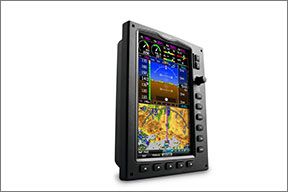 The result of their brain power is a new line of products designed as add-ons to the existing G3X integrated glass panel. While we wonder how much growth potential really exists in the shrinking LSA and experimental markets, these new products bring impressive capability at an impressively low price point.

Maturity Meets Value
The way we see it, Garmin’s original G3X could have been a brisk seller if it could overcome two obstacles. First, the system was sometimes perceived as a glorified portable GPS, since the G3X display was born from the popular GPSMAP 696 GPS navigator. This was a major misconception because the G3X system is far more than a portable. It’s composed of several sub-units, called Line Replaceable Units or LRUs. This is the same technical concept used in the certified G1000. The second obstacle was the price.

The G3X faced fierce competition from products made by Dynon—a company that has a knack for bringing reliable, feature-rich, full-suite avionics—including advanced autopilot and engine monitoring interfaces—to experimental and LSA cockpits at low prices. At nearly $6000—without an autopilot—the entry-level G3X was seemingly priced too high compared to the competition. Dual-screen systems had a starting price of nearly $9000.

But that was then. With a new starting price of $4395—and $5875 with an advanced autopilot—in addition to a long list of advanced features and accessories, the G3X finally plays with the big kids in the experimental and light sport avionics world at a price that’s sure to catch the eye of thrifty light sport owners and kit builders.

Package pricing for the new G3X system is even more attractive if you opt for dual displays. The previous price for a dual display was $8570, but the new system, complete with autopilot, is $8000. Think of it as getting an autopilot for free. Step up to three displays and the price is $10,000, including the autopilot. That’s down from $12,000.

New to the G3X is the GEA24 EIS engine interface module. The module enables aircraft-specific customizing of system data input for display of engine gauges and color bands, alerts, fuel data, flap and trim position and other primary and secondary sensor data for overlay on the G3X display. Similar advanced engine interfacing is a major draw to the Dynon SkyView integrated avionics suite, and Garmin finally brings a more advanced engine display for the G3X.

The GEA24 EIS interfaces with most popular engine models, including the Rotax 912iS, although interface kits are available for other popular engines. The GEA24 module is priced at $599 and Garmin says the new unit affords flexible mounting options, plus it has standard-density connectors for a simpler interface.

Don’t look for touchscreen capability on the G3X; the updated system retains traditional control buttons and knobs—snubbed by some and welcomed by others.

The GSA28 servo is considered smart because it contains the software drive logic and doesn’t rely on a remote computer for roll and pitch commands. Weighing only 1.4 pounds, Garmin says it is more than 40 percent lighter than most autopilot servos for experimental and light sport applications. Unlike other brands, the servos are made of die-cast, machined metal components—not plastic.

Unlike traditional servos, which utilize a shear pin (enabling the pilot to break the servo free of the aircraft control surface in an emergency), the GSA28 has a gear train with an engagement clutch that back drives the brushless DC motor. The engagement clutch also decouples the motor from the flight controls when the system is off, which minimizes the control friction the pilot will feel while hand flying.

The autopilot is commanded through and annunciated on the G3X display, but with the optional $750 GMC305 autopilot control panel, pilots gain a dedicated autopilot user interface. The controller also affords additional autopilot functions—including airspeed hold, independent flight director and an optional yaw damper.

There’s also a control wheel integrated into the GMC305 that is used for pitch, vertical speed and airspeed command. The system offers envelope protection, with a Level mode, to help restore the aircraft to straight-and-level flight. And because the servos interface directly with the ADAHRS, the GMC305 control panel allows for standalone operation if the display fails.

Room to Grow
The new ADAHRS has a third pressure inlet for measuring angle of attack from the GAP26 pitot AOA probe. The tube is available in unheated, pilot-controllable heated or fully-regulated heated versions.

For IFR applications, the new $425 GAD29 ARINC databus adapter enables G3X connectivity with GTN and GNS navigators. This opens up the G3X to a broad mission profile.

How about ADS-B? The G3X can be so equipped with the GDL39R—a remote version of the portable GDL39 ADS-B receiver.

Garmin’s Team X might not conquer the market with the new G3X, but they’ve added enough functionality to finally make it a major player for LSA and experimentals.