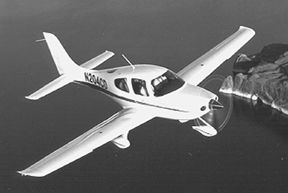 Far be it for us to become too bubbly about the ongoing recovery in general aviation. Yet even seen through the eyes of the professional skeptic, the current GA economy can genuinely be described as encouraging.

New aircraft sales are up; used airplane sales remain brisk, with some models in short supply and the parade of new products-especially avionics-grows ever more impressive.

Yup, theres a lot of stuff out there being hawked to the pilot market, most of it good, some of it not. Since our bread and butter is product review, we set aside a few pages each year for a summary of the best products and services weve reviewed or encountered during the previous 12 months.

Not beholden to a single penny of advertising revenue, we like to think we can give you the straight scoop about the so-called latest and greatest in the world of light aircraft GA. When products dont measure up, we say as much. When they do or deliver exceptional value and quality, ditto.

Here then is our annual Gear of the Year review of the best stuff out there.

Given the remarkable sales success of the SR20, this may seem like old news. After all, the aviation press has planted the equivalent of a wet kiss on the SR20. Even the august New York Times has taken note, publishing a breathless and seldom-seen profile of a small GA company that makes the Cirrus sound like the second coming.

It is not, of course. On paper, the SR20 isnt much faster than current offerings, carries about the same payload and its engine burns regular avgas, not high-energy plasma. So why the big deal?

Because the SR20 subtly advances the state of general aviation technology across several fronts, with incremental improvements that have, thus far at least, proven practical and affordable. It looks different, too, sleek and sexy, not boxy and stodgy. In short, the SR20 shows whats possible, in the process demonstrating that the market can and will respond to airplane makers whose claims are realistic, not verging on a rewrite of the laws of aerodynamics.

So much for the airplane. The challenge before Cirrus Design as a company is to survive its own success. As the dotcom shakeout is brutally demonstrating, euphoria is not a sound business plan.

Cirrus has the contemporary equivalent of a flood of orders and now faces the daunting task of converting market interest into stable and predictable production. In other words, it needs to become a real company.

So far, so good. Production is slowly ramping up and thus far, the company seems to be delivering on its promises with no unpleasant surprises for buyers, other than a long wait if youre ordering an SR20 now.(True, there have been some minor problems with the SR20s Continental engine.)

Best Value in Replacement Tachs: Horizon P-1000
In some airplanes, the lowly tachometer seems to be a trouble spot. Whether due to vibration, bad design or merely gremlins, the things fail with annoying regularity.

Rather than replace the standard mechanical design, theres an electronic option in the form of the Horizon P-1000, which is STCd as a replacement tach for most airplanes.

Weve used these things extensively and are impressed with their ease of use, reliability and readability. The P-1000 has automatic magneto diagnosing features and programmable RPM limit ranges to suit your particular airplane.

At $500, its not cheap but it at least promises to address the chronic tach failure problem once and for all, while also offering some high-end features a mechanical tach cant touch.

Best Value in Cylinders: Superiors Millenniums
The tired old clich about two kinds of pilots, those who have and those who will land gear up, applies to airplane owners in the form of buying cylinders.

For reasons unclear to us, its a crap shoot on whether an overhauled engine or a reman will make TBO without mid-run cylinder work. On large-displacement Continental engines, jug replacement or overhaul seems a certainty.

In the world of aftermarket parts, Superior Air Parts has distinguished itself as a supplier of quality parts and has single-handedly kept the field overhaul industry in business against tough competition from Lycoming and Continental.

By all accounts, Superiors Millennium cylinders have earned a reputation as the flagship product in the companys line. Although these cylinders sell for a slight premium over new jugs from the factories, our surveys indicate theyve delivered exceptionally good reliability.

Since the price Delta is modest, we think Millenniums represent the best value in new cylinders for Continental engines and arent a bad choice for Lycs, either.

You can contact Superior Air Parts at 800-487-4884 or on the Web at www.millenniumengines.com or through any field overhaul shop.

Best Oil Filter Cutter: Sky Ranch Filter Cutter
If you change your own oil, you should also cut the filter open to see if theres any metallic junk inside the pleats. Anyone whos tried this will tell you that a hacksaw and hammer wont do the job.

The filter can is made of tough steel and hacking it open contaminates the element with metal flakes and white paint, complicating inspection by the inexperienced observer.

The best tool weve seen for this job comes from Sky Ranch, a California engine aftermarketer and parts house. The cutter consists of a heavy steel cylinder with a hex socket that grips the filter can.

A quick once around with the cutter and youre done. Very nice. Youll look forward to the job rather than dreading it, as we used to. You can buy the can holder ($25) and cutter ($65) separately, if you already have a cutter of some sort. Sky Ranch at 916-421-7672.

Best Hangar Tug: Nose-Dragger Dragger
Hangar tugs are hardly the stuff of wet dreams but when you reach a certain age, you have to face facts: You gotta have a tug.

In our September 1999 issue, we examined and/or tried all of the major hangar tug offerings on the market. The best?

The Nose-Dragger Dragger from Skyline Aviation.Over the years, weve found that some of the best products-and customer service to match-come from small companies.

This hangar tug is an example of that. When we had a problem with the tugs front wheels being too small for an uneven ramp surface, Skyline shipped us a pair of larger wheels at no charge.

The tug has proved robust and powerful and makes getting the airplane in and out of the hangar-but especially in, since theres a slight incline to deal with-a snap. We have no reservations whatsoever in recommending this tug and this company.

Best Folding Bike: Dahon
For pilots and their families needing transportation at a remote destination airport, folding bikes have always been the great unfulfilled promise.

The concept seems sound, the reality quite different. Thats because bikes-even folding bikes-and airplanes dont necessarily blend seamlessly. Bikes have sharp edges that puncture the upholstery and even the best folders wont go into the backseat or baggage compartment without a fight.

Given these unavoidable limitations, our recent trials of folding bikes revealed that the least expensive is probably the best value. The 20-inch foldable Dahons are readily available, reasonably priced-about $250-and quick to fold and deploy at the destination. And for a product you might use only twice a year if that, thats an attractive list of compromises, in our view.

Best Portable GPS: Garmins 295
No surprise here. In the portable GPS market, Garmin long ago established itself as the leader, to the extent that no meaningful competition has emerged for the past two years.

The GPSMap 295 is the first small format portable color unit and, in our view, the first true portable that has really made a color display work worth a hoot.

In our March 2000 review of the GPSMap 295, however, we reported that the most impressive achievement in this product is less the color than the thought that obviously went into its design and software.

Garmins previous Alpha portable, the GPSMap 195, was itself a landmark product in terms of practical features married to transparent operating logic. Although we didnt think it possible, the GPSMap 295 improves the operating system and Garmin has done an intelligent job of integrating the color.

As the portable market approaches saturation, we have a difficult time seeing how Garmin or anyone else will improve much on portables. Then again, weve said that before and been surprised. In the meantime, we think the 295 is the best portable GPS available, monochrome or color.

Best Conventional Navcomm: Apollo SL30
Although the avionics market has shifted solidly toward combined GPS comms with moving maps, we think theres still a place and a need for a conventional navcomm. Were glad to see that UPSAT/Apollo agrees.

During the course of the past few years, Apollo has been steadily expanding its Slimline boxes. The line now includes a transponder, standalone comm and the new SL30 conventional navcomm.

If our reader mail is any indication, many aircraft owners are, at best, undecided about avionics upgrade options or, at worst, utterly confused. Considering the pace at which new boxes seem to appear, the fence sitters are perpetually awaiting clarity. While they wait, some need reasonably priced alternatives for their aging Narco and Bendix/King navcomms and the SL30 offers just such a choice. It has a terrific comm section and a nav receiver with digital processing.

Unlike the Bendix/King KX 155A series, the Apollo SL30 offers lots of cutting-edge features, such as frequency storage and standby monitoring. And at $3995, its an excellent value.

As the FAAs WAAS system wobbles along toward an uncertain future, it looks more and more like the VOR system will be around for awhile and ILS will remain the precision approach of choice, despite the governments wishes to the contrary. It seems to us that theres a place for a cutting-edge box that does these functions, sans GPS.The SL30 does.

Best Reliable Flashlight: Lightwave 2000
Your instructor probably cautioned you about the importance of carrying two flashlights for night flying. So if two are good, arent four better? Do all four of yours work? Probably not. A good solution is one of the LED-based flashlights now being flogged to the outdoor market but finding their way into aviation, too.

Aviation Consumers Doug Ritter tried virtually all of the LED-based flashlights and reported on his findings in the March 2000 issue. For $30, the Lightwave 2000 from Action Electronic represented the best overall combination of good price, brightness and beam pattern.

Best Buy in Safety Gear: R.C. Allen Electric Gyro
Like cockroaches after a nuclear war, aircraft vacuum systems seem to be outdated, unreliable technology that just wont go away. One solution to this is to buy a back-up electric gyro.