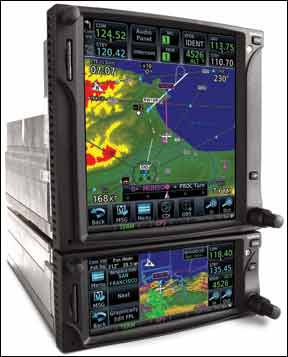 When Garmin introduced the GTN700 and 600-series navigators nearly two years ago, buyers hoped for substantial improvements over the dominant but aging GNS530 and 430. The wish-list for the second-generation, all-in-one navigators included a more modern display and integrated charting—including airways. Skeptically, the market expected a touchscreen feature set. Garmin delivered all of the above, of course.

But are the improvements enough to satisfy the demands of buyers ready to put their 15-grand-plus on the shop counter for a single-box upgrade? Does the touchscreen create havoc in turbulence as many feared?

To find out, we recently conducted an in-depth GTN owner survey on our sister site, avweb.com, where we heard from 256 owners. The survey revealed a healthy level of owner satisfaction and perceived product value, although we heard a smattering of complaints.

Touchscreen
Despite the personal touchscreen standard, not all pilots endorsed touch operation on the new GTN navigators, given the potential for issues in turbulence. For some in our survey, these concerns were valid. For others, it’s a non-issue.

“Turbulence can cause mistaken selections, but it is only an occasional nuisance that is more than offset by the GTNs ease of use, its functionality, and its clear and intuitive displays,” said GTN750/650 owner Dan Owen.

“In turbulence is the only time I would say the touchscreen is a little cumbersome. Other than that, I love it,” commented another owner.

“The touchscreen interface requires more finger-touching to accomplish a given task than I was expecting,“ said Bob Brown of his GTN750.

When it comes to the perceived added utility of the touchscreen, some owners still aren’t sold.

“I’m not sure the touchscreen adds all that much compared to knobs and buttons,” commented GTN650 owner Tom Werner.

“I don’t like having the entire display obscured each time I have to enter data. The entire screen becoming obscured with the virtual number pad for frequency entry is, in my mind, a poorly designed architecture,” griped GTN650 owner Richard Ossoff.

In Garmin’s defense, the units have dedicated knobs for tuning the radios, so using touch for this task is optional. Garmin designed the bezel on the GTN with finger rails, to assist in keeping a steady hand in turbulence, but many users, like Cessna 421 pilot Morgan Gay, develop their own process.

“I find that I don’t use the hand holds on the sides of the unit. Instead, I usually place my index and middle finger on the upper rim of the audio panel, which is mounted above the GTN, and touch the screen on the GTN with my thumb,” said Gay.

“It works very well for me and turbulence is no problem. Being able to manage multiple items on the screen reduces workload and it’s easy to access information. I am surprised that the screen does not need as much cleaning as I anticipated. I don’t worry about it needing to be cleaned of fingerprints,” said GTN750 owner John Marcinkevich.

Mission Capability
Some of the success of Garmin’s earlier GNS-series navigators was the system’s ability to serve a broad mission profile, including a mix of VFR and IFR flying. Based on our survey, the same can be said for the new GTN. For example, 45 percent of the respondents fly a combination of VFR and IFR, 39 percent fly mostly IFR and 16 percent always fly VFR. Some GTN owners we spoke with said their units are far more advanced than their current flying mission, but they acknowledge that the units offer large amounts of growth potential, particularly when it comes to achieving an instrument rating. “The primary reason I bought a GTN650 was to hopefully make my instrument training easier. In that sense, so far it’s earning its keep,” said the owner of a Cessna Skylane.

Learning Curve
As expected, some users struggle with a steep learning curve and can’t find quality instruction. We heard comments like: “Finding instructors who know the GTN system better than me is very difficult. The familiar operating logic of the GNS430 doesn’t transfer well to the GTN.”

Speaking of training, 45 percent in our survey are self-taught and some had a few complaints with Garmin’s training materials. “The CD that I got with the unit to learn with did not work. Plus, the pilot guides leave a lot to be desired. I had better success with an iPad training app,“ said Tom Srachta.

But there was praise for the GTN simplicity, even without a manual. “As a low-time pilot, I found the unit incredibly easy to learn and understand,” said one GTN750/650 owner.

According to Paul Bannister, “Taking the Garmin class in Olathe was a necessity, but it would have been beneficial for the class to have a second day, to help master some of the subtleties.”

Conclusion
Based on our survey, Garmin’s GTN units earn a 72 percent satisfaction rate—favorable, in our view. Better yet, and in Garmin tradition, is the reported high level of unit reliability. We expected higher scores for product support, although it’s acceptable.

Despite the touchscreen getting some dings for performance—particularly when operating it in turbulence, 73 percent are still satisfied with its overall performance. But based on some of the written comments, we still think a total touchscreen interface isn’t for all pilots.

For those who struggle with it, Avidyne’s IFD-series hybrid navigators, which are being designed with a combination of touch and traditional keys, could be a solution.