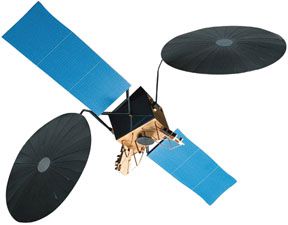 When cockpit datalinked weather exploded into the aviation market barely four years ago with too much hardware and too many companies, we predicted a nasty shakeout. But even we didnt expect this. Just as the market matures into what appeared to be two stable, competitive players-the XM Radio-based WxWorx and WSIs Inflight service-neither service appears to be as rock-solid as we thought. Two developments within days of each other may affect both services in ways that will clearly infuriate some customers and worry others.

WSI announced in February that it will switch satellite providers from a third-party commercial company called Mobile Satellite Ventures to Sirius Satellite Radio, XMs rival in the space-based broadcasting business. Given XMs success and the reliability of the service, WSIs switchover makes sense.

But the nasty surprise is that owners who bought WSIs AV100 and AV200 satellite receivers for between $3500 and $5000 will soon have an obsolete box occupying the avionics bay.

Those receivers wont work with the Sirius signal and will have to be replaced, probably by next year.

Meanwhile, the financials at XM Radio look rocky, making some buyers whove bought into that technology understandably nervous. A week before the WSI announcement, Pierce J. Roberts Jr., a key XM director, left the company, declaring that XM is headed for a financial crisis if it doesnt make major changes.

Given the piddly size of the aviation data market, an owner who bought the XM service for weatherlink can be forgiven for wondering if that service will be tossed overboard to stanch XMs cash hemorrhaging. Were told that this isnt likely but frankly, we wouldnt expect to hear anything else.

WSI
Although weve heard a few complaints about satellite coverage gaps in WSIs service, owners have praised the service for its robustness and sophisticated radar and text products. WSI has suffered for not having as many display options as does XM, but it still appeared to be a comer.

Evidently, however, the satellite service WSI picked to deliver its service-Mobile Satellite Ventures-isnt up to the task. The WSI architecture uses a single satellite capable of forming spot beams for data delivery.WSIs service depends on a pair of beams to deliver coverage in the U.S. and Canada.

However, some users have encountered service gaps in the U.S., which WSIs Paul Devlin acknowledges. He told us the problem is in the receiver software, which holds onto one beam too aggressively without sensing and picking up the second beam. As a result, users experience slow or no data service.

Isnt there a technical fix for this? When we contacted WSI in February, Devlin declined to provide details, explaining that more information would be available in a few weeks. Meanwhile, WSI is devoting its resources to developing a new datalink receiver for use with Sirius Satellite Radio system, a clean-sheet box that will be about the same size as the current WSI technology but will require a new antenna and wiring harness. The antenna, said Devlin, will be the same size and have the same hole pattern and the current antenna for the AV100 and AV200 receivers.

The hardware is expected to be available by the end of 2006 or early 2007. Devlin said WSI would announce shortly when its current satellite service through MSV will end, but we believe it will be in 2007.

WSI says it will try to make the switchover to Sirius from the MSV service as appealing as possible and plans to offer a discount price of $1500 for the Sirius receiver. No prices have been set for new Sirius-capable receivers from WSI. If we owned a WSI receiver, we would be on the phone to the company to negotiate the fairest accommodation possible. Our sense is that WSI wants to do right by its customers.

XM Woes
When XMs Roberts departed the board, he bluntly said that given the companys current strategy, there is, in my view, a significant chance of a crisis on the horizon. XM has hit the capital markets heavily to fund brisk growth in subscribers, but it continues to lose money.

Although XMs revenue increased in 2005, the company lost $270 million during the October-December period, up substantially from the $190 million it lost during the same period a year earlier. The insider squabble appears to be subscriber growth versus profitability. Pierce favored less borrowing and growth and more cost control to turn the company black sooner. Either way, XMs CEO, Hugh Panero, said the company would reach profitability by the end of 2006, with 9 million subscribers.

If theres good news for aviation datalink subscribers, its this: A year ago, XMs revenue from datalink services was trivial but has been steadily increasing. Although XM has only about 19,000 data subscribers, it earned low-cost revenue from them in 2005 and the datalink market is expected to continue growing. Moreover, while XM has to spend about $141 in marketing costs to bring on a single entertainment subscriber, data subscribers are profitable from day one, because other companies bear the marketing costs.

Were beginning to be noticed at the board level, says WxWorxs Mick Gosdin. They recognize the data side is an untapped market. Its basically a freebie for them. Its something they hadnt really thought of until we came along.

Gosdin says he understands buyer concern about XMs survival but he explains that datalink continues to be such a strong, low-cost growth market-both in aviation and marine-that XM will increasingly rely on it for revenue.In other words, although the volume is low, the profitability is high enough that datalink seems unlikely to be tossed aside to make room for more profitable bandwidth use.

Recommendations
Given the number of recent instances of avionics buyers having been left high and dry with dead-end technology, were not quite so sanguine about XMs prospects. Its survival may depend less on subscribers and more on how friendly the capital markets are toward funding its continued rapid growth until it turns the corner.

In our view, datalink is such a lucrative market for XM that it will survive but the larger issue is whether XM itself will prevail. Its unrealistic to assume theres no chance that it will go belly up, just as other high-tech, high-risk ventures have. For now, we wouldnt delay or advise against buying XM-based weather datalink, but buyers should know there are unknown risks in doing so. Our guess is that XM will survive but thats just our guess.

WSI, unfortunately, faces more difficult circumstances. The company is fully aware that it has to dig itself out of a deep hole. Ideally, it should buy back all of the AV100 and AV200 receivers on a pro-rata basis, but thats not likely to happen because it will result in an untenable business plan which, ultimately, serves neither WSI nor its customers.

Were sure that many owners wont be pleased with WSIs offer of a drop-in replacement for Sirius reception for $1500. In any case, WSI isnt currently a new purchase option and the company will have to do some careful fence mending to keep the subscribers it does have aboard and interested in converting to the Sirius Radio option. And dont forget, Sirius is also losing money and has fewer subscribers than XM. Its recent deal to sign Howard Stern notwithstanding, Sirius profitability is far from assured.

Other options? Two come to mind: Honeywell/Bendix/Kings Wingman service and the developing FAA-sponsored ADS-B system. As we reported in the August 2004 issue, the Wingman system is fully built out but works reliably only at mid- and high-altitude and can seldom be used on the ground before departure.

For a report on the ADS-B system, see the August 2005 issue. This technology has promise and although the hardware is available and the FAA insists its the shape of the future, the agency hasnt funded the ground network and its not known when that will happen, making it the iffiest of all the choices.

For now, XM still appears to be the most cost-effective, reliable choice in datalink. But know this: Neither of the satellite-based options are without risk for purchasers.