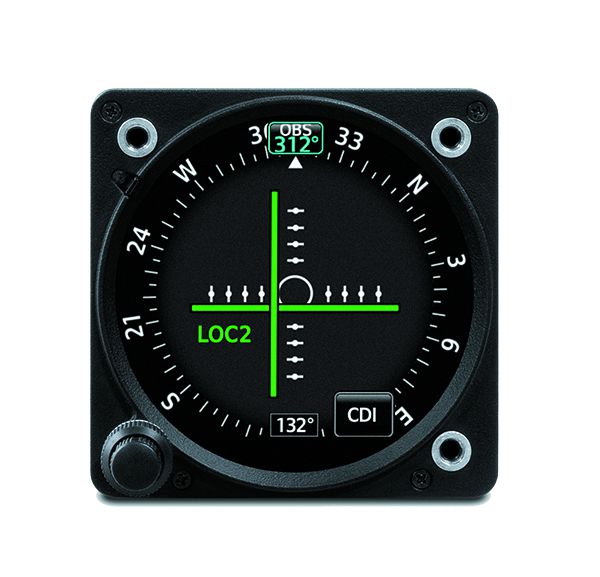 It may not be that big of a deal that the uAvionix AV-30 electronic flight instrument can’t display course guidance for VHF raw nav data. This is essentially any ground-based nav source including VOR, localizer and glideslope. Garmin’s new line of budget GPS navigators don’t have nav receivers at all (GPS only), and there’s a sizable trend of current buyers skipping VHF nav altogether. But for those needing an instrument to display WAAS IFR GPS guidance, the AV-30 falls short since it can’t handle vertical data. As indicated in the main article, the uAvionix AV-30 just doesn’t have the means of accepting this vertical data from a GPS navigator since it lacks an ARINC converter. That limitation will more than likely send buyers over to Garmin, which has no fewer than five choices for displaying IFR GPS data, plus old-school VHF nav.

The first stop in the shopping trip might be Garmin’s GI 275 electronic flight instrument (lower left). With a form factor that directly replaces most 3 1/8-inch round instruments, the product is targeted at incremental upgrades. That is, add more of them as budget allows. The GI 275 series are independent multifunction instruments that have TSO and STC certification, a 2.69-inch diameter (active screen size) color capacitive touchscreen and an extremely flexible electrical interface potential. They can function as a primary flight instrument, EHSI, CDI, an MFD with synthetic vision, traffic and terrain display and an engine monitor. Let’s break it down, starting with the $3195 GI 275 base model that’s priced considerably higher than the AV-30, but with more nav display and MFD capability.

The point is that in the most basic form, a GI 275 can solve a dilemma faced by many when upgrading to an IFR GPS, which requires an external CDI because it works with a variety of GPS navigators that require an OBS course resolver—including legacy GNS 430/530 navigators. BendixKing KLN-series navigators also require an OBS resolver, but Garmin told us it doesn’t recognize this interface even though it might work. The instrument can accept and switch dual GPS inputs and dual VHF nav inputs for localizer and glideslope display. It can also be toggled as an MFD. 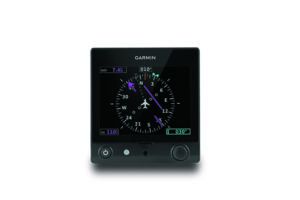 The G5 DG (lower right) is equipped for instrument approaches with its electronic HSI, but is limited to VHF nav and GPS sources with digital databuses, mainly Garmin GNS 430W/530W, GTN 650/750 and Avidyne IFD navigators. The G5 can also work with Garmin’s discontinued SL30 navcomm and the current GNC 255 digital navcomm through an RS-232 serial interface.

If you have a third-party autopilot (including S-TEC, BendixKing and even Century and ARC/Cessna models) the G5 EHSI can provide heading command with the GAD 29B converter.

Speaking of autopilot interfaces, Garmin has the edge over uAvionix in that department, too, at least for now. The G5 is an integral component of Garmin’s GFC 500 autopilot because it provides pitch and roll outputs to drive it, while also displaying autopilot mode annunciation and flight director command bars. It has a basic altitude select and alerting feature.

The base G5 AI is $2299, the G5 DG/EHSI is $2599 and it’s $3125 with the GAD 29B converter needed for the autopilot interface. All in, a dual G5 installation might run around $7000, maybe less, maybe more depending on the panel.  If you purchase one of Garmin’s new budget IFR GPS navigators (GNC 355, GNX 375 and GPS 175) you might not need to buy a new digital indicator at all. These boxes were smartly designed to work with older mechanical CDIs, including the BendixKing KI209, KI206 and also Garmin’s GI 106-series analog indicators. You won’t have any gee whiz MFD data, of course, but at least you’ll be able to display all of the course data needed to fly full instrument approaches.