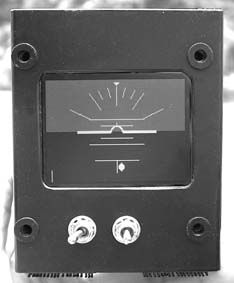 Joining the fray in recent years have been electronic flight instruments that use tiny solid-state gyros and accelerometers to determine attitude, which is then displayed on a personal digital assistant. While the systems have worked adequately in previous tests (see February 2003 Aviation Consumer), they have fallen short of mechanical gyros when exposed to unusual attitudes and have contributed more than their share of cockpit clutter because of the wires involved with linking the PDA (and possibly GPS) to the gyro module and power.

PCFlightSystems has upped the ante with a third-generation electronic gyro that solves some of the previous performance shortcomings as well as addresses the plethora of wires. We flew with it recently in a Citabria.

Solid State
At the heart of the system is an inertial measurement unit module containing three solid-state gyros and three accelerometers-one for each axis. Technological advancements in commercial IMUs have rendered them smaller, more accurate and less expensive than previous versions, allowing the units to shrink considerably in both size and price.

PCFlightSystems has two new units, the eGyro-3 and the eGyro-PCEFIS. Both use the same gyro module, but are tailored to different applications. The eGyro-3 is self-contained with its own display and no GPS input, while the eGyro-PCEFIS mimics previous models, displaying on a PDA.

In addition, the eGyro-3 doesnt contain a battery, working only off ships power. The eGyro-PCEFIS plugs into ships juice, too, but also carries an internal 9-volt battery that will power it for about five hours-far longer than the internal battery in the PDA will last.

The eGyro-3 comes in a 3 X 3.4-inch box thats about 2 inches deep. The display screen is a rectangular 3-inch color LCD screen. Its stone-simple to use. Theres a switch for selecting dim/off/bright and a button to center the pitch indication. Mount the unit, plug it into an auxiliary power jack and youre good to go. The display is a standard EFIS display of blue sky and brown ground, with a small slip/skid indicator at the bottom.

PCFlightSystems owner and product designer Craig Sellers also chose to include mounting screws that enable the unit to be installed in a standard 3 1/8-inch instrument panel hole-an option we think may be a popular choice for anyone looking for an alternative to a standard electric attitude indicator or a back-up vacuum system. However, the product is neither TSOed nor PMAd and getting a field approval for screwing the thing into the panel of a certified airplane could be an expensive proposition. No problem in a homebuilt, of course.

The 10-ounce unit does mount easily with Velcro or Dual Lock and we found it stayed securely anywhere we tried to mount it, provided it was a surface where the Velcros adhesive could get a good grip. Keeping the shortcomings of previous incarnations in mind, we mounted an eGyro-3 in a Citabria and conducted extensive flight testing. We came away with qualified enthusiasm.

Flight Test
Upon start-up, the unit runs through a brief calibration cycle. The manufacturer recommends that the airplane remain stationary for 20 seconds, but we found that the calibration completed in half that time.

Because some earlier electronic gyros had a tendency to zero the roll indication during prolonged turns, we set out to determine the eGyro-3s limits. After five complete circles at a 45-degree bank, the unit was still indicating the correct bank angle. We then tried 30-degree banks and 60-degree banks and got the same results.

So much for roll. We moved on to pitch. Since the unit went through its calibration cycle with the tailwheel on the ground, the pitch indication was incorrect on takeoff, as might be expected. We hit the reset button when we were at a level flight attitude and the pitch indication centered. We didnt have to touch it again.

We flew through a series of normal flight maneuvers, including departure stalls and descending steep spirals and found normal and apparently accurate indications at each step. Note that the airplane in which we were conducting the flight maneuvers was not equipped with a mechanical attitude indicator, so we were not able to cross-reference them. But the view on the attitude indicator was identical to the view out the window, which is really the purpose of the thing.

Having exhausted our attempts to confuse the eGyro-3 in normal flight, we switched to abnormal flight. One of the limitations of the earlier models was that it became inaccurate when roll exceeded 100-degrees per second. The eGyro-3 will handle 200-degrees per second, which exceeds the roll rate of the Citabria. A series of four sequential aileron rolls didnt faze the unit at all.

We then embarked on a series of loops. During the pull-out at the bottom of each loop, the pitch indication was nose up for three to five seconds with the airplane in level flight. The indication promptly returned to normal without having to reset the pitch button.

Sellers told us the G-limit on the gyros is 2 Gs, which we exceeded in the loops. We tried the loops again, attempting to keep the G-loading as low as possible and found the pitch-up indications were nominal when the airplanes G-meter showed about 2.25.

We powered down the unit several times in flight, simulating the pilot who pulls the back-up out of the flight bag after the primary instrument fails. We found that as long as we were reasonably wings-level when we turned it back on, it would calibrate quickly and with good accuracy.

A Few Warts
We came away from the flight test impressed with the performance of the eGyro-3, although we did have a beef. The 480 X 234 pixel LCD screen was marginal in brightness, at 350 nits. In indirect sunlight, the screen was easy to see, but it washed out badly in direct sun-almost but not quite to the point of being unreadable. To make matters worse, at the end of one flight, the display suddenly became intermittent and filled with digital garbage.

Our first unit was an early production model and Sellers was already at work redesigning the connectors to eliminate the wire ribbon. He was also addressing the issue of display brightness. In short order, we got back a new unit with redesigned connections in which the display was 800 nits-more than twice as bright.

Sellers also added some filters to smooth out the motion of the display and can now modify the device so the box is either a horizontal rectangle or vertical one, depending on which fits best in your airplane. In either case, the screen is horizontal and the switches are on the bottom. The display changed from blue over brown to blue over black, to increase contrast, and the needle and ball indicator was enlarged.

We think PCFlightSystems has a winner with the eGyro-3, which sells for a modest $995. Our initial concerns about the display malfunctions and brightness were promptly addressed by the company and the option of making the box horizontal or vertical came after suggestions by only a couple of customers, which we consider excellent customer service.

We think the unit will be a hit with renters who want a back-up to the vacuum-powered attitude indicator but dont have the option of installing either an electric AI or a back-up vac system. We also like it as an emergency device in airplanes such as the VFR Citabria in which we tested it, which has no vacuum system or vac instruments.

The sibling eGyro-PCEFIS has more capability with its GPS connection and the internal battery would help in the very unlikely event that the pilot lost both the attitude indicator and the power supply. It also has merit for someone without any panel space who wants to yoke-mount the display. The remote-mount gyro module is a teeny 2 inches wide by 1 inch high by 3 inches long weighs 4 ounces.

The downside, of course, is that youll have wires running from the module to the PDA, power and the GPS. When on ships power, the module powers the PDA and recharges its battery. The modules internal battery is a 9-volt and cannot be recharged internally. The gyro module is $895, to which you must add a PocketPC-based PDA that operates at least at 250 mHz, such as the iPAQ 3600 series or higher.

The temptation to use the four screw holes for a permanent mount may be hard to resist but with a little thought about wiring and some creative use of Velcro, the eGyro-3 can be made to fit legally in many airplanes. In a pinch, you could stick it right to the glass of the failed indicator.

As the technology matures, Sellers says he may pursue FAA approvals that would allow future devices to be installed. But with the electronics changing so fast, Sellers says he doesnt want to be locked into current designs.

Given the rapid advances in the last three years, we expect the day of low-cost, certified EFIS is not far off. Until then, renters and owners may find the eGyro-3 and eGyro-PCEFIS reasonable substitutes.

Ken Ibold is editor of Aviation Consumers sister magazine, Aviation Safety. He owns a Citabria based near Orlando, Florida. Contact PCFlightSystems at 866-472-3347 or www.pcflightsystems.com.